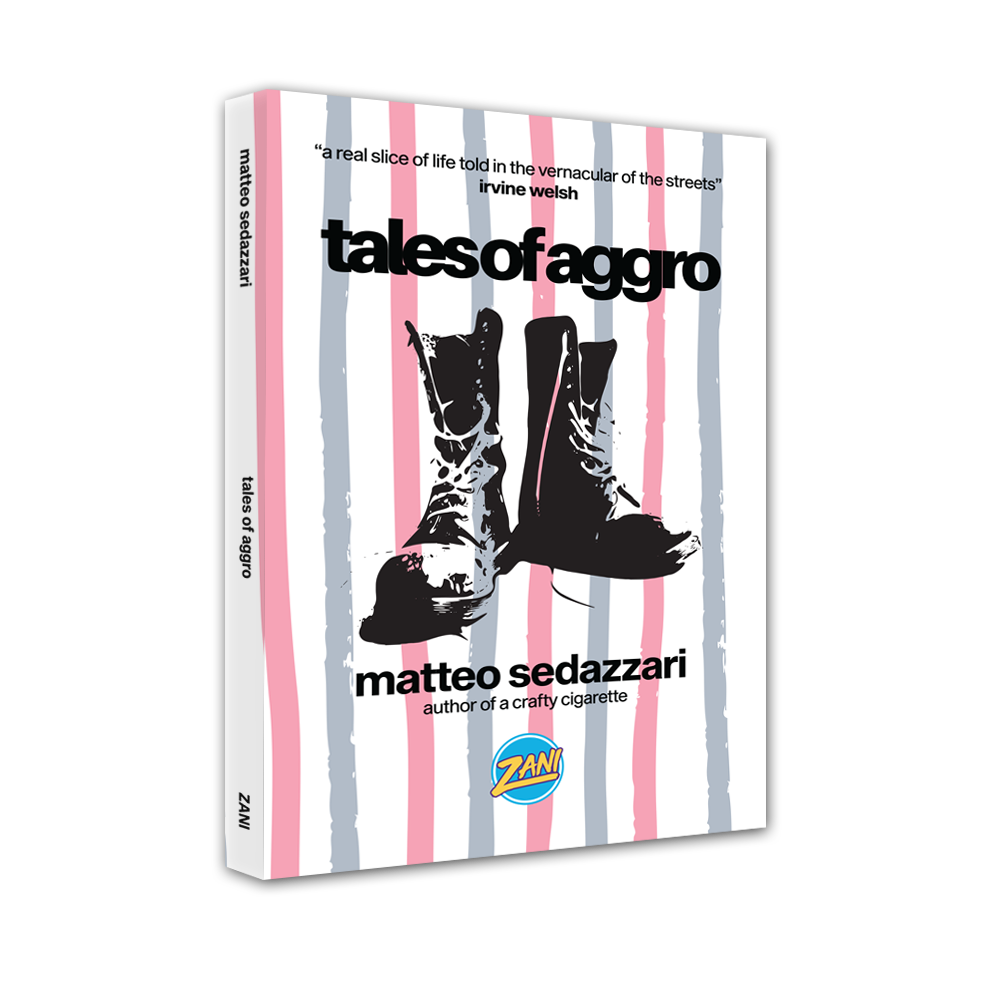 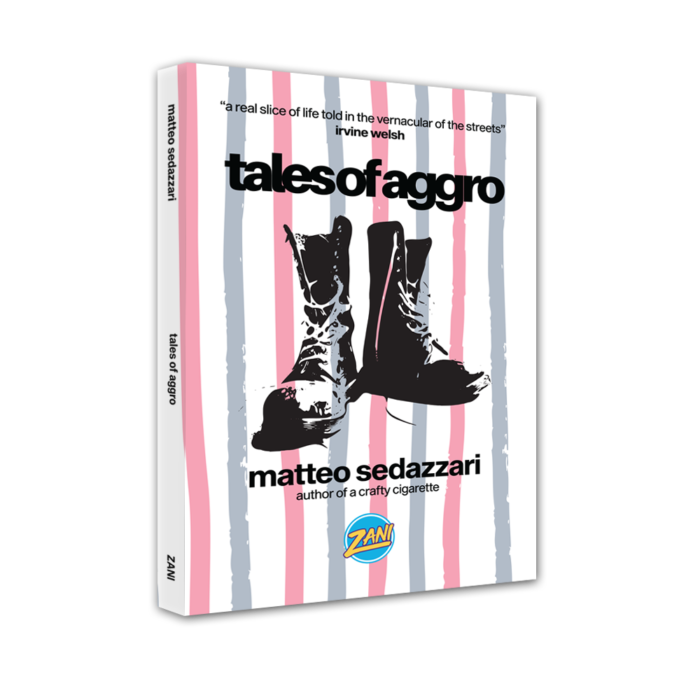 Author Matteo Sedazzari releases his latest book ‘Tales of Aggro’, and probably his best yet which also sees it paired up with an accompanying ‘Tales of Aggro’ single, celebrating the sounds and vibe of the story itself. Also, check out the other tracks put together for each of his book releases (link below) as we take a look at his latest gritty streetwise/sound-tracked working class novel. 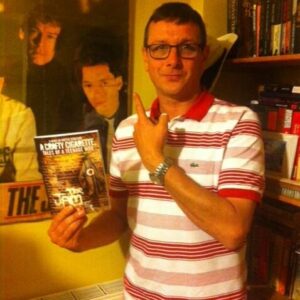 ‘Tales of Aggro’ is the story of 6 working-class fella’s born, bred and raised in the city. Hailing from Shepard’s Bush/White City this gang of fashion conscious/music obsessed ‘lads’ are a lively bunch indeed. With each one playing there role while constantly looking for an ‘earner’, they never miss a trick. Made up of hustlers, players, football fans/hooligans, dealers and the resident thief.. or two, they go by names such as – Oscar de Paul, Quick Silver and Honest Ron.. titles reflecting each’s trade/persona and more significantly all earned on the streets they grew up in.

And it’s this which highlights Sedazzari’s knack for creating and building such stimulating characters, but more so his ability in how he has them interact and bounce off each other that just seems to draw you in every time.

Running with all the humour, attitude/mindset and especially hardships of a 80’s British working class community you go on a pretty animated and at times understandably bumpy journey with this crew of.. er, lovable rouges. With maybe some perhaps more lovable than others, each one is with out doubt as dodgy as the next. A journey told through a multitude of tales of unforgettable nights out, ventures into the music industry, urban drama/street politics, police corruption, violence (hence the book title) the underworld and of course random, but also ingenious forms of criminal activities. All this and more delivered.. at times, with some rather ‘heavy language’. A dialogue which constantly reminds you of a very real working class environment in which its set in and the trials and tribulations in which its grounded within. A hard life.. yeah! and one which they set to rise out of by stamping their names on the streets of west London – but what and where does it really get them, and to what costs?.

Tales of Aggro is the authors latest release which follows on from the acclaimed and highly reviewed ‘A Crafty Cigarette’ (photo above) and ‘Feltham Made Me’. Published on the ‘Zani’ label its a read which is championed by fellow author Irvine Welsh – ‘A real slice of life told in the vernacular of the streets..’

Available at www.zani.co.uk or Amazon (below)