Home featured Take Off Your Sunglasses: On The Air And Off The Hook 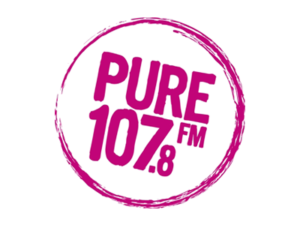 Take Off Your Sunglasses:  On the air, over the wire, and always off the hook.

These are the times we’re living in – where someone on the other side of the world can turn you onto something amazing happening in your own back and which you were previously totally oblivious too. Connecticut (and Louder Than War!)’s Nat Lyon tips us off about a cracking radio show coming to us ever week out of Stockport, Manchester. Tune in and enjoy as Nat tells us to Take Off Your Sunglasses.

FM radio was a brass ring for many musicians for over 50 years. Having your music played on the radio was a milestone towards success for many artists, providing exposure outside of a live venue that hopefully resulted in record sales. At the same time, the majority of radio programming was traditionally limited to acts deemed commercially viable- leaving many more well-deserving artists completely  unheard. While video might have killed the radio star (as the saying goes), the Internet has crushed them both, quite soundly, and in the process broadened the spectrum of music listening options.  The Internet has, in a way, actually helped to revive FM radio, by allowing live streaming of programs, a now common practice for both large and small operations, to a global audience. 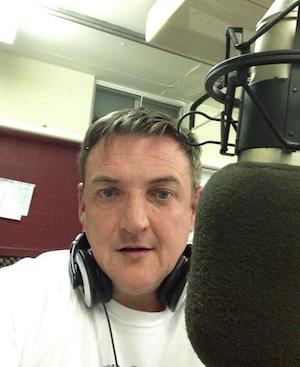 Most commercial broadcasters have embraced live streaming technology as a way  to enhance advertising revenue and continue to play the same tired crap. But a growing number of stations, some community based, and others existing entirely on the Internet, are increasingly providing exposure to under the radar artists. These stations are a cultural lifeline for people that live outside of major urban areas without easy access to new music, or those that are just innately curious.  Programs like Take Off Your Sunglasses also offer a lifeline for artists- providing global exposure at the click of a mouse.

In a small windowless studio in Stockport, Martin Johnston (see pic right) and Huw Williams (see pic below right) curate a weekly program called Take Off Your Sunglasses, every Tuesday between 10:00 PM and midnight. And by curate, I mean they thoughtfully hand select new music every week, via the wireless and the internet, broadcast it not only to the greater Stockport area, but to the entire world. A tip from a friend turned me on to 107.8 FM and it has become a two-hour block of time that I reserve every week, and from my little corner of Connecticut, I know that every week I am going to hear something that I’ve never heard before.  All I have to do to enjoy the thrill of the hunt is dial up pureradio.org.uk on the interweb machine and crank it up.  Some times Ms. Lyon asks me to turn it down, so I just put on headphones and crank it a little more. 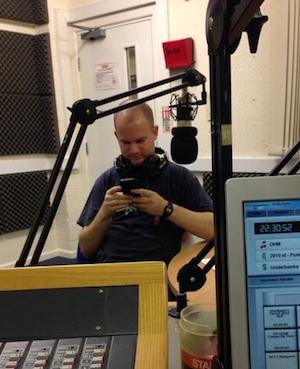 Martin Johnston originally created a program at PureRadio called The Sunshine Underground, playing a range of obscurities and rare finds. The show was recast as Take Off Your Sunglasses (after the Ezra Furman song) approximately two years ago and Huw Williams joined in as sidekick, wise guy, and co-curator. Every Tuesday evening, Martin and Huw play music, drink tea, read the paper, provide marital advice, and pilot one of the most off the map and diverse rock programs on-air and online. A typical night might include Spanish punk rock, French alt-folk, electronica, and gospel played back to back.  One minute it’s Norwegian black metal, and the next minute jazzy flutes.  And while not everything played during that 2-hour window might appeal to you, you cannot help but appreciate the way the fabric of Take Off Your Sunglasses is woven. Martin and Huw play the music that they like, very much in the tradition of John Peel, and both have wide-ranging, encyclopedic, and impeccable tastes.

Via blogs, twitter, bandcamp, boot sales, and other media, Johnston and Williams doggedly scan the horizon like the true fans and explorers they are, looking for new music that they think deserves exposure.  There is a definite tendency to showcase local and regional artists such as Cate Le Bon, Shh…apes!, Sweet Benfica, Seazoo, Euros Childs, and Pulco, and you often get to hear new tracks that have yet to appear on an album.  Some times you will discover a new band from Mexico, other times it might be some one from your own back yard that you had not heard before- and that is the best part of the show- that feeling of delight that comes with a new discovery that makes your hair stand on end.

The program is also geographically expeditious, and has brought exposure to artists from around the globe, possibly their first (and / or only) time on the radio, singing songs in languages that you might not understand. But that hardly matters, because the music is usually pretty fucking awesome. The best possible outcome, according for Huw Williams, is if a listener goes out and buys the album or a ticket to a show after hearing a new artist on Take Off Your Sunglasses. Mission accomplished.

The laid-back, but thoughtful commentary on Take Off Your Sunglasses does not slow down the pace of the show.  Martin and Huw are not music snobs that drone on for the sake of hearing their own voice. They don’t push particular bands. They play music, and if it resonates with you- they have achieved their goal.   There is almost constant rapid fire tweeting while the music plays.  In many ways, this is not a typical radio show. This is a highly interactive, and engaging program.  Song titles and provenance are updated in real time as the show progresses.  Martin and Huw interact with listeners, via twitter, and provide additional information on particular artists or songs, creating a dialogue with listeners, all while some how managing to keep the music flowing. And there is never dead air on Take Off Your Sunglasses.

You can hear Take Off Your Sunglasses every Tuesday evening at 10:00 PM at 107.8 FM or via the Web at pureradio.org.uk.

And if you want to join the hunt for new music, you should definitely follow them on twitter at @takeoffysg.

All words by Nat Lyon. More of Nat’s work on Louder Than War can be found in his author’s archive. Nat tweets as @NatLyon.