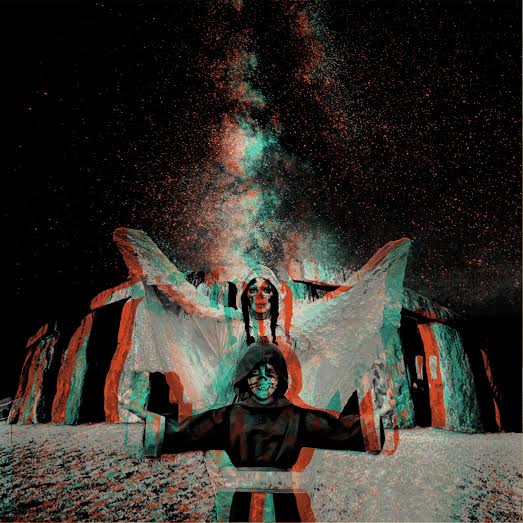 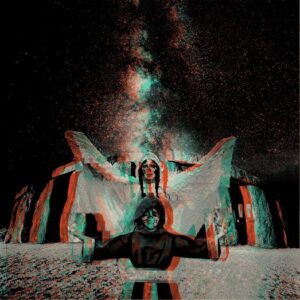 Birmingham duo Table Scraps make good on the promise of their debut single with an LP of top notch, cacophonous garage-rock.

Imagine if you will, Marylin Manson fronting The Stooges in place of Iggy Pop. Now imagine if that band was conceived in a garage in Birmingham, UK, instead of Michigan, and that the year is 2015 instead of 1967. Congratulations, if you’ve managed all that, you should be pretty close to knowing what the debut album from Brum-based duo Table Scraps sounds like.

Clocking in at under 35 minutes, More Time for Strangers rattles and crashes towards its conclusion over the course of 12 tracks, and there really is little in the way of compromise. From the chunky, unrelenting riffs of Scott Vincent Abbott’s single guitar, to the militant roll of Poppy Twist’s drums, it’s garage rock at its most fuzz-hungry and debased, and after several listens you can’t help but feel dirty and sullied in the best way possible.

Those who heard the band’s debut single The Bug last year will be pleased to know that it’s in good company here, with tracks like Vampyre Bite and Children of the Sky harbouring a similar darkness, stemming from Abbott’s venomous vocal delivery and the claustrophobic slabs of sandblasted noise which litter the record so liberally. Other highlights include opener and second single Electricity, as well as droning, nightmarish Bad Feeling which borders on the psychedelic.

With the popularity of two-pieces seemingly skyrocketing at the moment thanks to acts such as Slaves and Royal Blood, it would be easy to dismiss Table Scraps as being zeitgeisty, and capitalising on current trends. Whether that happens or not remains to be seen, but at the moment it seems the band’s snarl and swagger is far less suited to the mainstream than the aforementioned, and whilst it might not hold as much commercial appeal, longevity comes with being able to both pique, and hold interest, something More Time for Stranges does excellently.

More Time For Strangers’ is released on June 5th 2015 as a limited edition 12” vinyl and digital download through Table Scraps’ own Hells Teeth imprint in the UK, and on cassette via Burger Records subsidiary Wiener Records in the UK and US.