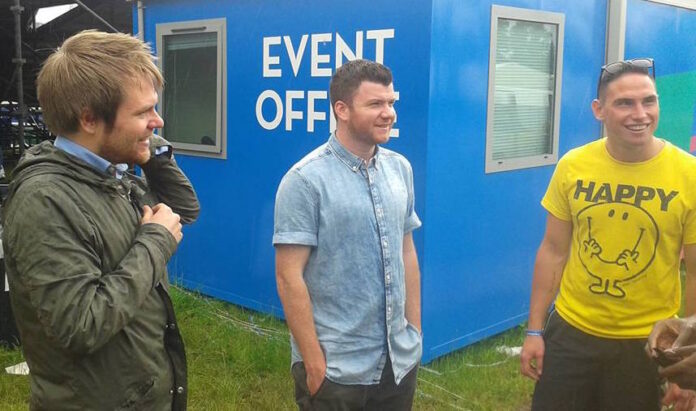 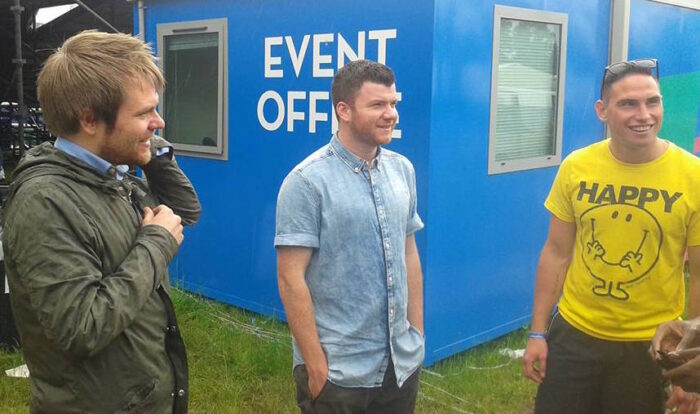 Make no-mistake, T in The Park is about people and music – in that order! Yes, it’s about the Noel Gallagher’s, Libertines and Paloma Faith’s, and it’s about the aural tapestry that is woven with instrumentation, voice and dynamics, but as an event, it’s also about the Louie and Audreys from Hector Bizerk, the Gerry Cinnamon’s, Be Charlottes and the Love Nor Money’s who travelled up from that London. Furthermore, it is about all the aspiring artists and performers that never made the heats to arrive on the BBC Introducing or T Break Stages.

T in the Park is about the Andy Laing’s, who like a war correspondent took pictures relentlessly all weekend. its about Morag that served me my lunch on Saturday afternoon in the Media Village. It’s about Callum, the paramedic who required a hug when his voice broke a little as he relayed the story of the discovery of the body of the man who died injecting himself while self-administering a hit of God knows-what? T in the Park is about Katie’s sister from Material PR, who was there tirelessly to provide help and support to me when I needed it, so we could get the afore-mentioned young artists who can’t afford Press an opportunity to put themselves and their music out there.

Yes, T in The Park was and is imperfect, attendance on the Friday hovered at 60K, down around twenty five thousand, largely attributable to Westminster’s crushing austerity measures. Yes, there were very real and difficult teething problems with the one-way traffic system that made extricating the Punters a nightmare on all three nights. I was myself left corralled in a pen, like sheeple, with my friends until three in the morning on the last night. Do I really want to whittle on about a perceived catalogue of disasters, writing about a litany of losses? Do I want to talk about the difficulty in navigating a new site that felt alien and different because it wasn’t familiar like Balado, wasn’t selected because it was a natural amphitheatre, and the sound was like the rain soaked terra firma; muddied and carried away on the winds aloft?

T in the Park isn’t primarily about any of those things, it’s about the nuts and bolts relationships between the people of this pretty awesome country; the Espirit de Corp, the banter, and to a very lesser degree, the Benjamins that do after all make the world go around.

TITP is about how much the people of Scotland love their music, a good bevvy, stoating about regardless the weather, puddle surfing and generally letting their hair down once a year, and turning the country-side into a muddy Caravan site with fair-rides Its about letting go of the dreary mundane grey that sometimes accompanies Scottish reality, and in fact its quite fitting that it pisses down from high heaven even though we live in hope of a heatwave. Even on the Friday all the beautiful lassies had flowers in their hair, like Haight-Ashbury in 1968. Why would anyone begrudge them that? What is more important, is the genuine love and affection that our people have for each other, regardless of race, creed or anything else, when push comes to shove. That’s what I witnessed

It is what it is!

The performers and Artists who played here this past weekend and in previous years, are renowned for the heavily reciprocated love and affection they have for the Scots audience. That remains and 2015 has been no different, and nearly every artist that trod the boards of that Mainstage over the weekend, expressed that adoration towards the people out there: ‘I wish every festival was like this!” shouted Paloma Faith, and similarly from Noel Gallagher: “Thanks for making good songs into extraordinary songs!” before launching into Champagne Supernova. On Friday Kasabian smashed it and left people talking about them for the duration of the whole weekend. 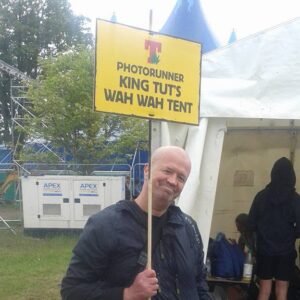 The Libertines were lacklustre, the La Fontaines rocked it, The Proclaimers were the high point of the weekend for me as they rattled through hit after hit after hit, reducing pockets of the crowd to tears as they sung Sunshine on Leith. The crowd in the King Tut’s tent provided backing vocals and evoked thoughts and feelings about the death of a the man the day before, and his family that remained.

Enter Shakira provided a very lofty moment in driech Scottish weather, and the last song in their set, The Aesthetician took it up onto whole other plane. I watched their set completely exhilarated alongside Sam, Mo and Josh, the boys from Our Future Glory, dashing down through the side of the stage like wee boys to get pics as they exited the BBC Three Stage.

What else can be said about the music? It’s relative to one’s personal tastes, and T in The Park organizers DF Concerts does make a very worthwhile attempt to be a broad church and cater to the to the tastes that of the population of Scotland, making sure there is something for everyone. My own bedrock is more of a hard-rock one, which I’d always want to see more of, and it’s nuanced with a leaning towards hip-hop due to growing up stateside, and black music is in my Celtic bones. Then there is Britpop, who can leave out Britpop. Ultimately I’m just music daft, and would almost rather communicate musically than with language. Its universal. I also have a penchant for the original material that has not been galvanized and coated with Gloss by slick industry components that can leave it over-produced; not to mention the radio pluggers and PR machine. Therefore I was in amongst it as previously stated, in the BBC Introducing and T Break Stages most of the weekend.

I haven’t mastered Padre Pio’s trick of being in two or more places at once, and therefore can’t tell you about everyone that played on those stages, but the stuff that was hot, the ‘Bleeding’ rather than the Cutting Edge, as far as I am concerned were:

Gerry Cinnammon, an authentic singer songwriter out of Glasgow, who charted at Number five in the alternative Charts with ‘Hope over Fear’ and other crowd faves ‘Kampfire Vampire’ and ‘Fickle McSelfish’! Gerry is a one-man-band and is already duly noted in the toon (Glasgow) for whipping his audiences into a wee frenzy that is reminiscent of Glasvegas a few years back

Be Charlotte – a pitch perfect, human beat box from Dundee, also raps and has been credited with being precocious beyond her eighteen years in the lyrical department. This is the new Avant Garde – she invents her own instruments, interfacing with digital media in ways that demonstrate that the landscape is being transformed before our very eyes.

Our Future Glory, also from Dundee, the pop synthed, big drummed, are the fully formed Kings in waiting, They describe themselves as ‘African kids raised on Indie Anthems who are in love with alternative pop!’ I loved them so much after seeing them recently in Edinburgh, that I took them along to a recent Black Grape gig to introduce them to my friend and mentor Alan McGee, and also book them to play the Creation Sessions there as well.

Hector Bizerk, already well on the radar as far afield as New York and Texas and developing a Global signature for sure, demonstrate a Pied Piper instinct- a leadership of sorts that comes natural to front man Louie, as he has become an advocate of new, authentic, grass-roots alternative hip-hop music in Scotland, as well as other non-genre specific stuff like Be Charlotte, whom he has recently entered into a management relationship with.

Crash Club morphed out of a new hybrid with analogue and midi, looking and sounding totally at home on the same stage in ways that are not that different from the La Fontaines who brought Scots rap/rock to the Mainstage.

Love Nor Money, are three ‘Sisters’, one of them Toshie Tosh from MASS and Hey Gravity (Andy Miller from Dodgy’s project) accompanied by a male drummer from that London and who sport a sexy, dance oriented, drum and bass aesthetic with strong vocal harmonies and great kinaesthetic movement. Despite Anna Halls hard guitar playing background, they would be very at home at Manumission or Ibiza Rocks.

George the Poet brought spoken word to the festival and that is something that should be applauded, he is remarkable! Neon Waltz, gave a great account of themselves showing real promise.

If you do anything in the next year, take up supporting, watching and listening to one of these artists, because they are going places…
Interviews are to follow with Our Future Glory, Love Nor Money, Gerry Cinnamon, Be Charlotte & Louie from Hector Bizerk.

~
All words by Harry Mulligan. More writing by Harry on Louder Than War can be found at his author’s archive.