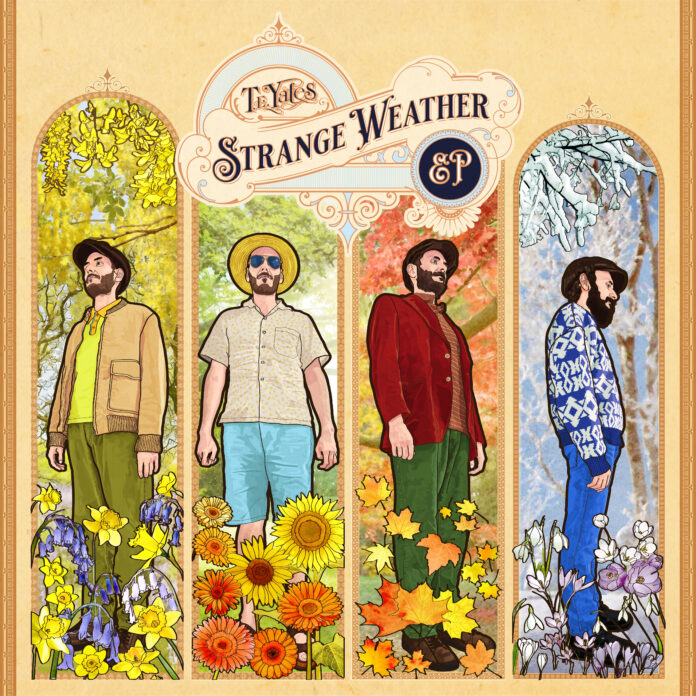 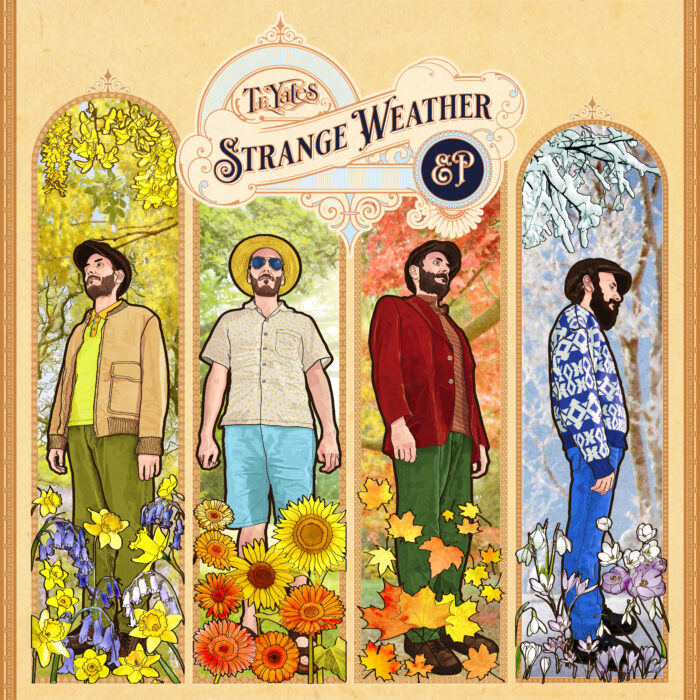 You may not have heard of T.E. Yates but he’s been around a while now, albeit as almost a hidden figure, designing gig flyers and album covers for other bands, and, though he’s performed in front of large crowds, it’s always been as a hired hand or supporting player. He’s a multi-instrumentalist much in demand. Add to that his award-winning animations and his penchant for displaying his art during his performances and you have a modern renaissance man, but one who has, until now, existed on the sidelines.

Yates released his debut EP, Possessed, in 2013, and his first LP, Silver Coins And White Feathers, followed in 2017. And now he releases a new EP, Strange Weather, which showcases his wonderfully eclectic style. He’s joined on the record by a gathering of musicians. Among them AMA – UK multi-instrumentalist of the year C.J. Hillman (Laura Marling, Yola, Billy Bragg, JP Cooper) on Pedal Steel and Mikey Kenney (Vinicio Capossela, Band of Burns) on Fiddle.

The EP opens with Condition, the video to which LTW premiered here. It’s a song that shows Yates opening up about his experiences as a neurodivergent person, which he describes as ‘a condition, not a sickness’ and ‘a blessing and a curse’. The song has a dreamy feel, reminiscent of David Byrne’s quirkiness and Paul Simon’s autobiographical songs.

Fierce Horses starts with folk guitar and a very cool rumbling bass, creating a sound like horses running free. The pedal steel guitar conjures up cowboy country and open vistas. It’s a song about an inability to communicate in a relationship, ‘It’s just like I’m not here. Like I’m a ghost’. Palace of Your Master has hints of Cohen with its melancholic, beautifully lyrical opening, creating images of Autumnal streets. The music has a haunting sound with guitars coming across the ghostly rhythm like memories. It has a 60’s psych-folk feel.

Fairy Tale is a jaunty little hoedown with pedal guitar and fiddle, dismissing the notion of fairy tales, and declaring that there are no happy endings. Jack of All Trades has an 80’s pop sound, with a laid back vibe. The bass line creates a great rhythm and the keyboards have soul. The EP ends with Mystery Window, a very English sounding song that the Kinks could have written. The sort of song the Beatles would write and give to Ringo to sing. Lyrically it’s about the end of a relationship but with the protagonists preferring to talk about the strange weather rather than their emotions. Is anything more English than that?

Yates is definitely one to listen to and to watch. He will be out on a UK tour, starting on the 13th of November with The Jesus Bolt.