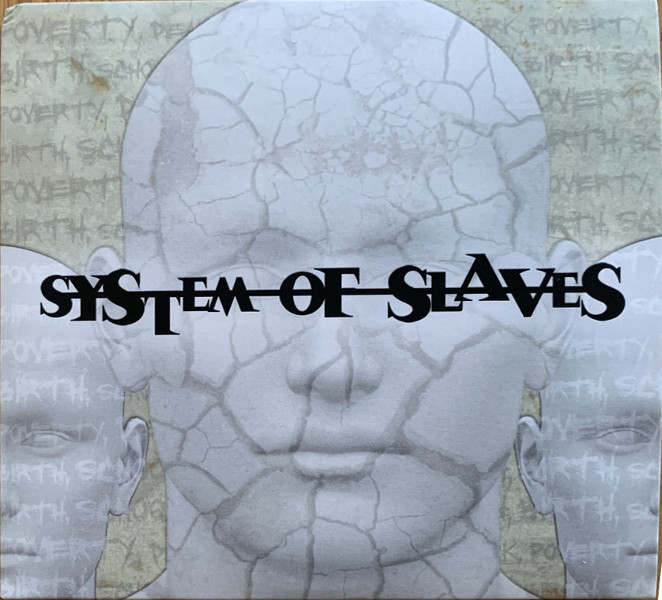 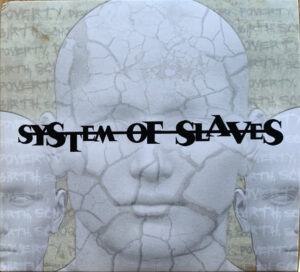 New South Wales band System of Slaves deliver 4 tracks of metal tinged hardcore punk that will appeal to the discerning listener for whom crust is something you hear rather than see at the end of a loaf.

That there should be more women in punk bands – music in general – is a well worn topic. Naturally, this makes women in bands a feature worthy of comment. After all, here is a band who are bucking the pale, male and stale trend. But it feels tokenistic to judge most bands on what they do and then focus on the sex or gender of those bands that have women in them. So, I am not going to recommend System of Slaves because they have a female singer. I’m going to recommend them because they are bloody good.

The singing by Keda – apparently her first band – is very much in an anarcho-punk vein. Strident. Shouted. Almost hoarse, but still clear enough for you to understand the message. Lyrically the songs reflect on the personal impact of society’s ills. Poverty, toxic masculinity and domestic abuse get a look in. The lyrics tend to come from a perspective of how it feels rather than a sterile “This is wrong”. Anger, despair, frustration, it’s all in there.

That message is delivered over music from the metally end of hardcore punk with a downtuned twang to it. Members have previous form in Failed State, In The Shit, Social Experiment and a list of other bands as long as your arm. System of Slaves have the sort of sound exemplified by Behind Enemy Lines from The Global Cannibal onwards. The growling bass, the heavy guitar punctuated by squealing solos, the relentless slapping snare and kick drum. This overall soundscape is topped with occasional gruff backing vocals in a call and response manner.

South Wales has always seemed to have had a healthy dose of metal in their punk bands, going back to the early 90s. Insert your own pithy comment about the decline of heavy industry here.

Aside from Behind Enemy Lines, if pushed for the dreaded “For Fans Of” I’ll chuck in Detestation and Spitboy for the vocals. Not as gruff as Disaffect or Pink Turds in Space or as metally as Sacrilege or Life Cycle, but if you like those bands I’d say System of Slaves will appeal to you.

Knowing the form of guitarist Payney for relentless touring, I am sure that once it becomes viable for socially distanced gigs to take place they will be trying to play somewhere near you.

Buy the CD or the download tracks via bandcamp