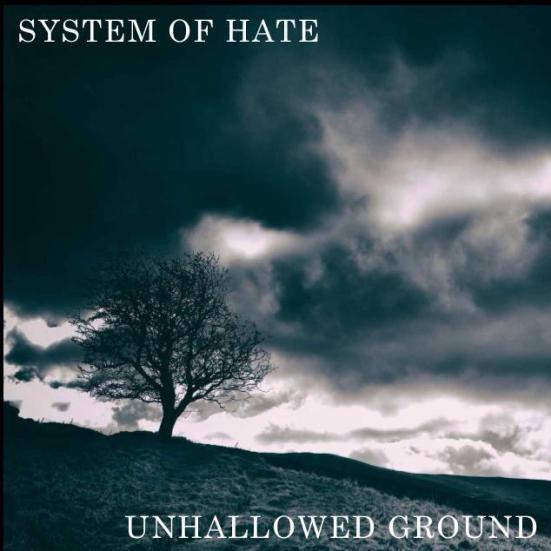 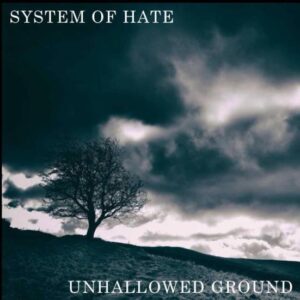 A few years ago we played  circuit gig in Wakefield and a bunch of silver haired punk vets turned up in black combat gear. They were good company and we talked great records with them. Then they got on stage in an unassuming manner and started their soundcheck and we were blown away with their ambition and power.

System Of Hate’s debut album continues this theme. Far better than it needs to be this is a dark and apocalyptic work from the Barnsley based band that takes its cues from the mighty Killing Joke but very much has its own stamp to it.

The intelligent use of drone keyboards and even an occasional sax combined with the tough gnarl of grinding punk anger is a really effective combination that is a clean break from the UK punk scene with its imaginative and melodic yet still dark power. With an effective and driving bass clatter and chainsaw riffing guitars this album deconstructs punk rock and rebuilds it into a mighty sonic monster.

System Of Hate have somehow managed to find a space that they can call their own in a heavily subscribed space and need to be heard. War, religion, hate and anger are the themes that are dealt with in a dark humour and high decibel intelligence.

A lot of thought has been put into this recording – the band have never gone for the obvious but never lose their power in an unrelenting and power release that really needs to be heard. Stand out tack is the anthemic Killing Fields but to be honest the whole album creates a dark and strangely attractive desolate world where the darkest corners of Ian Curtis’s psych jam it out with the aformentioned Killing Joke and a whole host of dark hearted post punk troubadours replanted into the far more desperate and dark and dangerous 21st century.

An unjustified beneath the radar release that must be heard.