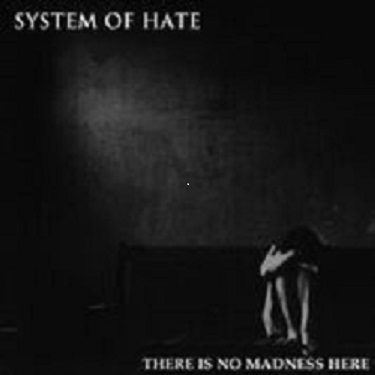 System of Hate : There Is No Madness Here. 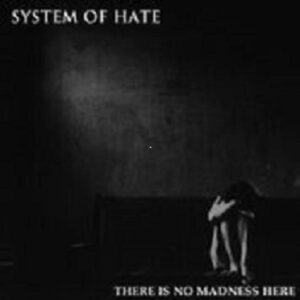 Two years after their promising debut Hallowed Ground hit the streets with that doom laden sound the Barnsley noise merchants are back as dark as ever and have upped the stakes with this riff filled thriller that doesn’t let up from the start!

Post punk has been shifting and changing direction quite a lot recently. There are that many variations around that sometimes you just don’t know where it’s heading and that’s the beauty of good punk. This band of mature punks from Barnsley rose out of the ashes of Total Confusion as a side project and out of sheer boredom. After recording a couple of EP’s they released their debut on their own label to critical acclaim and have appeared at Rebellion numerous times now. Louder Than War stalwarts John Robb and Phil Newall are big fans and have decided to release this album on their own label. It doesn’t disappoint one bit.

If it’s not broke don’t fix it they say, as SOH haven’t changed their sound from their debut. The difference is how much the songwriting has evolved and the production makes their sound more menacing. They describe themselves as hard dark street goth punk which covers the basis of a lot of the songs on the album. The whole album is relentless and they don’t stop for air once. From the thunderous straight up punk of There Is No Madness Here which drags you straight in, to the Killing Joke likeness of Pandemonium era, Black Fire and next track We Who Walk With God both with clever basslines and darkness.

In The Shadow Of The Cross delves into religion which is a theme heavily involved throughout the album and I don’t mean in a born again way you heathens! It’s got an 80’s punk goth feel to it with the added SOH rawness.

Following this is the great love song (I’m fuckin’ joking) Your God Is Dead. Just the title gives you the idea of what you’re in for. It chugs along like a monster and you can hear the keyboards giving it that bit of magic to the heaviness of the chants of ‘Your God Is Dead’.

My two favourite tracks are next Tears Of Blood, and Resurrected. Tears Of Blood is heavy as fuck and I’m gonna put my neck on the line here and say it has smatters of early Metallica and Slayer going on in there which is not a bad thing. Old school punks may disagree but it’s my review and you know where I live… Resurrected recalls Killing Joke again and the drumming is powerful and immense. I can’t wait to see this one performed live as the bass and drums are cooking on gas.

Rising is another great track with loads of guitar layers and recalls eighties era punk goth to a tee. Great bass lines going in there too.

They must have been drinking with The Blizz when they wrote Ill Are The Cursed as the keyboard intro is uncannily similar to Hello from WSOE. It all changes when the guitar kicks in following the tight bass with some cracking hooks and great vocals. Again brushing on eighties punk goth with added grit.

Last track System Of Hate is a great album closer with hints of Sister Of Mercy. Again, great vocals, bass and guitar with a grandiose feeling and a huge slab of sound. You just want to put the whole album on again.

They have introduced that 80’s punk rock gothic sound back to the masses but filtered it through their own soundscapes to make a hell of a sound they can call their own. This is a band that have just been added to the ‘must see live list’ in my head. Great stuff!