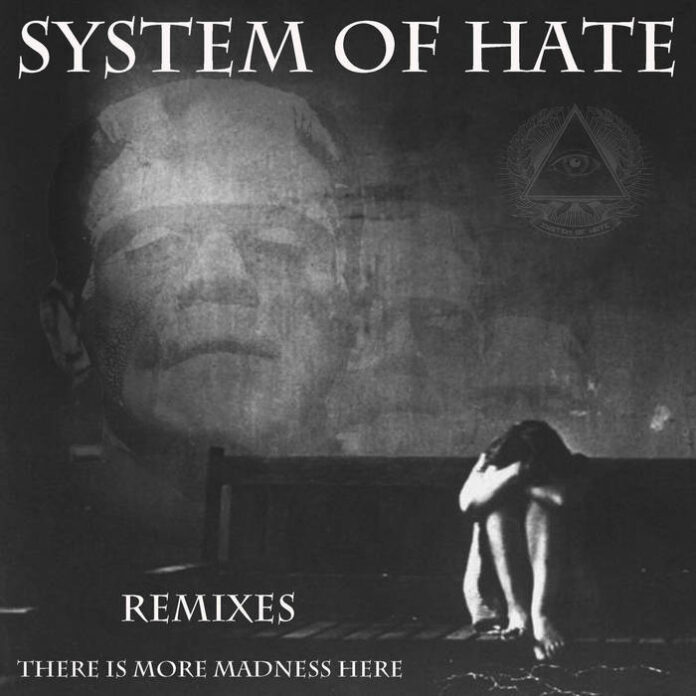 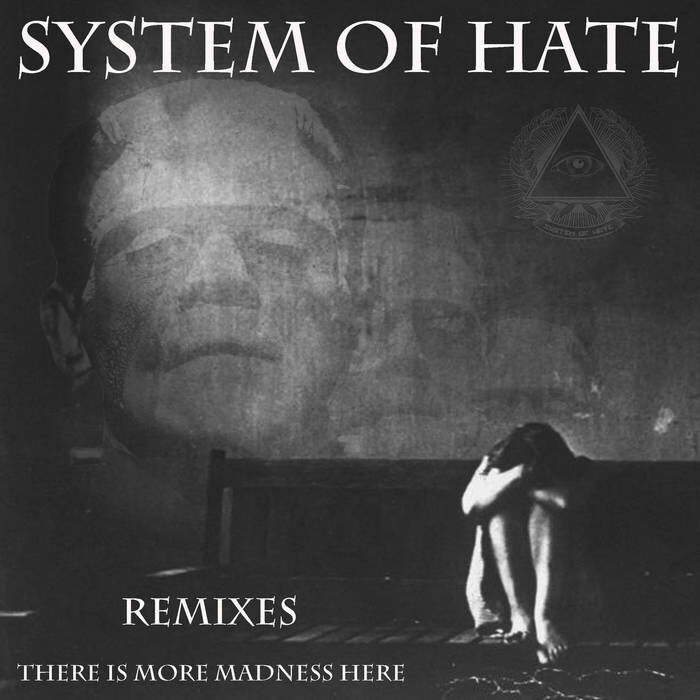 In 2019, Barnsley’s finest purveyors of industrial-edged, tension-fuelled Punk rock music, System of Hate, released an album that should have by rights advanced to an even greater stature their already prevalent popularity and reputation, which had been meticulously established over the years via their dynamic live performances and earlier outstanding records. Unfortunately the LP in question, ‘There is More Madness Here’, fell afoul of the unforeseen machinations that can befall the release of a record, and this fine body of work didn’t get to reach the wider audience, nor gain the critical acclaim, it truly deserved.

Undeterred by these manufacturing and commercial-related setbacks, and still believing strongly in the material they’d composed for this record, the band decided on a new approach in order to get the album back out into the public domain. The consequence of that positive piece of fresh thinking was the genius idea of inviting external entities to provide alternative mixes for each of the tracks it contained. The end result is a redefinition and re-envisioning of the fundamental material of that troubled initial release by means of invited individuals and collectives from differing musical backgrounds and genres; a combined input which has transformed the LP into an expansive and satisfyingly different listening experience to the one originally offered.

These remixes were accomplished by some high profile names from the Punk and Alternative scene – Michael McKeegan from the band Therapy; Theatre of Hate’s Stan Stammers; John Robb, singer of Goldblade and the Membranes;Amebix’s Stig Miller; Wolfie of Red Lorry, Yellow Lorry – as well as many other creative participants from varying musical backgrounds; but the opening track and title song of the album ‘There is More madness Here’, is reconceived by a substantially more left-field unit than any of the mentioned above, namelythe Goth-meets-Electronica collective, The Webb, who have bestowed this three minute delight with a Hawkwind circa 1970 Space rock meets 77 Punk feel – a merger that to my mind works so well, that it righteously earns itself the accolade of being one of the most outstanding collaborations on the entire double CD.

CD one then continues apace with remixes that range from industrial intense to stripped down minimalist: Batboy Slim’s interpretation of ‘Tears of Blood’ being representative of the former, whilst John Robb’s austere bass-and-drum–centric contribution, ‘Rising’, fitting perfectly into the latter category. There are also tracks with strange electronic explorations that move a composition towards Tangerine Dream ‘Phadra’ era soundscapes, while in the case of Dale Evan’s remix of ‘Your God is Dead’, we have the pulsing elements and siren sweep of classic Prodigy at play.

CD two continues with this eclectic mash-up of approaches and atmospheres for each of the tracks cited there. The consequence of such a range of methodologies for these offering – some being repeated songs from CD one – is that instead of the usual linear listening experience where a predominant sound is imposed on a record, these remix versions confront the listener with an array of differing attitudes and styles which arouses both curiosity for what to expect next whilst simultaneously keeping the listener’s ear refreshed and interested.

In really is a unique and gratifying record, with twenty-nine compositions in all to sample in all their divergent finery. I therefore heartily recommend you get yourselves a copy ASAP, seeing as System of Hate HQ have manufactured a limited run of a mere two-hundred CDs for procurement. You won’t be disappointed.

* It is also worthwhile to noting that for every CD sold a donation will be sent to the ‘Rock off Fibro’ cause, this being a charity that raises money for those who suffer from Fibromyalgia: a lifelong, incurable condition that inflicts constant pain throughout the body.