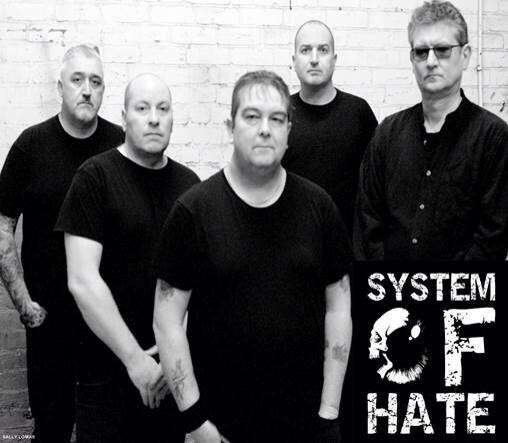 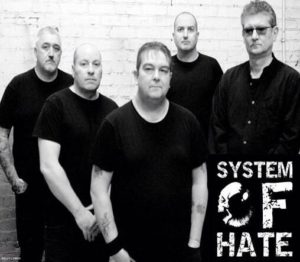 System of Hate, purveyors of the darkest punk inspired racket have announced a string of UK tour dates – to promote the dates the band have launched their first proper music video ‘Zealots Path’, lifted from their debut album ‘Unhallowed Ground’ – the video being filmed in the Factory Music Rooms, in their home town of Barnsley.

Amongst the tour dates is a prestigious 100 Club, London debut and a very early confirmation to appear at the 2018 Rebellion Festival

‘Unhallowed Ground’ (now onto its second pressing) was recorded at Axis Studios in Doncaster between June and October 2015 by Matt Elliss; featuring the ten original tracks: ‘Rogue Apostle, Kiss the World (1916), Crucified, Antichrist, Sanatoria, Zealot’s Path, Mutilation, Apostle of Pain, Killing Fields and Unhallowed Ground’ that gained a review from LTW’s John Robb who described the album as “An unjustified beneath the radar release that must be heard” (Read the full review)