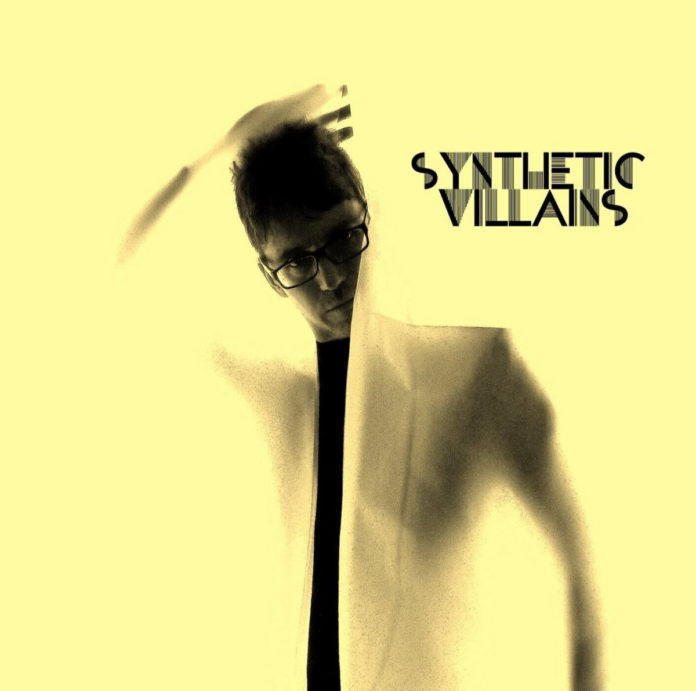 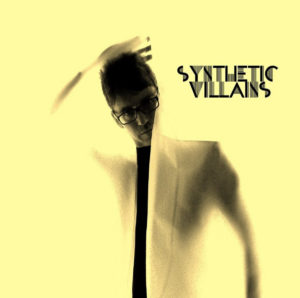 Synthetic Villains is the solo project of Richard J. Turner, erstwhile member of Pill Fangs and Three Dimensional Tanx, and this debut release is a electro funk synth pop with guitars. The six tracks on this album all take their titles from Three Stooges episodes which is an homage to the album Escape by probably two of the greatest and influential guitarists you’ve never heard of, Robert Quine and Jody Harris, which employed the same conceit. The album features a variety of analogue drum machines, electronic percussion and synths, with guitars, bass, autoharp, and electronic tambura. Apparently, many of the electronic instruments were played by hand, in real time to give the album a more human, less robotic sound. And it works well.

Opening track, Idiots Deluxe, is electro funk with a deep bass groove that is thoughtful and melancholic, creating a mood like a hip detective noir soundtrack. Rhythm And Weep continues the rather downbeat mood with a mournful drum beat overlaid with weeping guitars and gloomy electronics. It builds up with strings overlaying the melancholy like curtains swaying as a coffin moves through them.

Next track, How High Is Up?, is more upbeat, with a pop fanfare that has more than a few hints of Human League. It will have people throwing shapes on the dancefloor, letting themselves go in a cool type of vibe. The Captain Hates The Sea has an ancient beat that speaks of a more wild time, a romantic beat of dark woods and mythical beasts with just a hint of Suicide’s stripped back beat.

Time Out For Rhythm is an 11 minute epic that has long drawn out chords, creating waves of soundscapes. The synths overlay each other, draping the music in layers of meditation. The latter part of the tune begins to sound like whale song. The album ends on a song, Yes, We Have No Bonanza, that opens like hip-hop, very similar to Walk This Way, but then we get honky tonk guitar and some scratching and weird electronic percussion. It’s a melange of musical meanderings that raises a smile and gets the head nodding.

A side project well worth checking out.

You can find Synthetic Villains on Bandcamp.