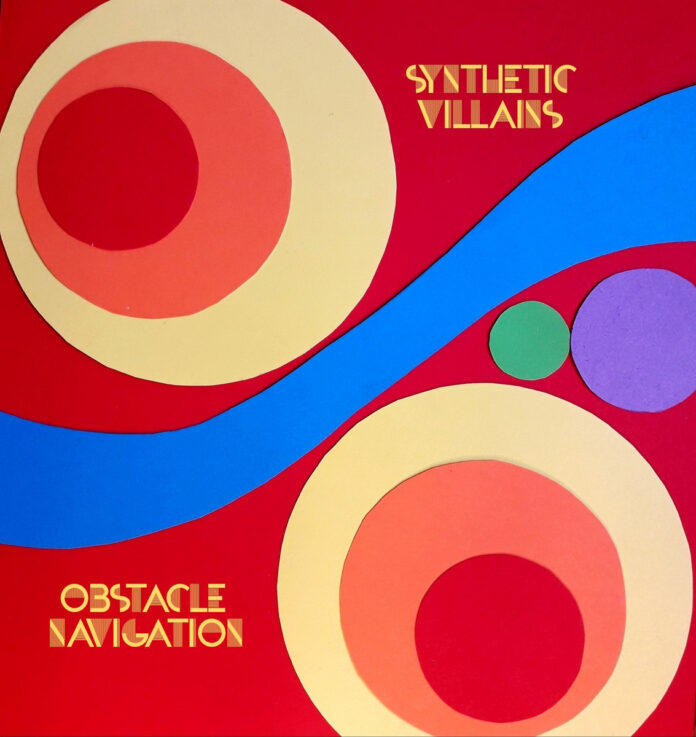 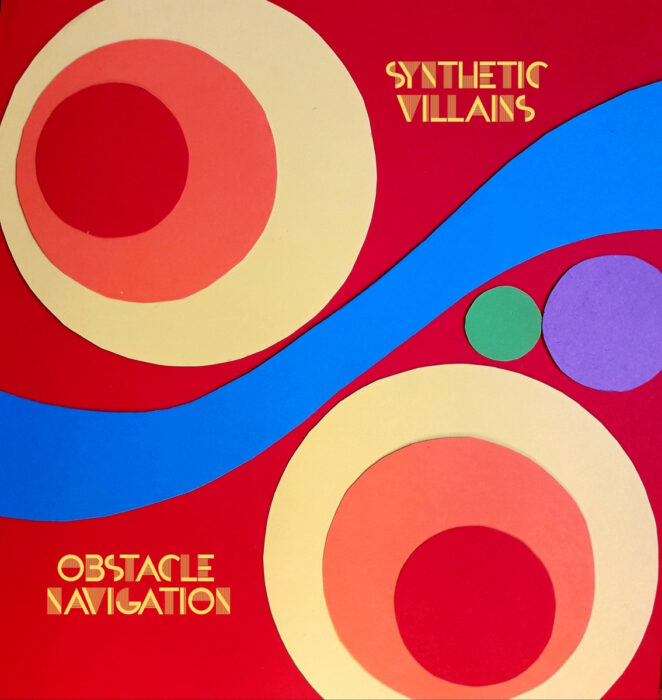 Synth pop with rhythm for a year of blues.

Synthetic Villains – the solo side project of Three Dimensional Tanx  member Richard Turner – release their follow up to 2020’s eponymous debut album which we reviewed here. Much has changed in the world since then and the album’s title reflects that, described as ‘the determination required in life, journeys, and even the process of getting to make the album itself’.

Obstacle Navigation is, at its heart, great synth-pop, with lots of emphasis on the beat, mixed up with great hooks and an array of different instruments which creates a nuanced musical landscape that repays repeated listens.

Opening track, Valentina, has a Kraftwerk and early Ultravox feel. The layers of sound build up, like a train journey picking up various beats and melodies on the way. It ends with a lonely piano and mashed up sounds. Eighties boom box sound with layered chords over the top, and then riffs of Asian sounding pixels bopping around the screen, are next with the aptly titled Arcade. It captures the 80’s arcade excitement, the lost hours of a twilight world with flashing lights and digi-pop whines and howls. The music evokes the flashing lights of the arcade spilling across dark streets, enticing you in with ear worm music, explosions and the concentration of the shadows locked in an embrace with joysticks; man and machine as one. A threatening, big, heavy sound introduces the big boss showdown with a really cool riff, ending with the sound of pixels being killed. Game over, man.

Ghostly Shadows has strange jerky sounds, with a haunting piano playing riff over the top. There are dramatic strings building up, like a march of the dead in a lonely, stair creaking house. There is a spooky sadness here, as there should be in all good horrors. Computertune is a jingly Spectrum like little number, whilst I Can Hardly Wait, sounds anticipatory, with drums like a pounding heartbeat and expectant ethereal voices.

Panic Attack Kids has a riff of danger. The deep drums are like the beat for chained rowers on some ancient ship. There’s an Arabian sounding riff. This is a synth pop tune to throw weird shapes to on the dancefloor. Sunbeam Flyer has a warm sounding riff with human beat box noises underneath. There are sounds like solar flares jutting off into the endless expanse of blue sky. It feels like a drive in an open topped car on summer roads.

No Funfair has a rather creepy sounding calliope. It is ominous with a dark, twisted ring master conducting, as hands grasp for money and cons are a black art. Energy Exchange sounds like business being done, with a bass riff like Axel F, over a teletype beat. The album ends with Wander Off, Wondering, which has a Blade Runner score sound with its bleak cityscape feel and slightly Asian sounding riffs, as our hero wanders off alone and thoughtful into the night.

Obstacle Navigation is an album that melds synth pop with organic sounds to create a nuanced musical soundscape that is well worth checking out.

You can find Synthetic Villains on Bandcamp.