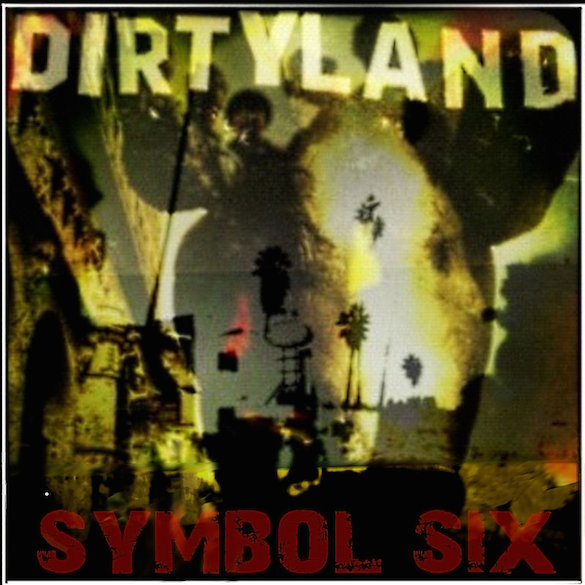 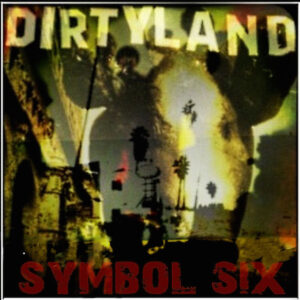 One thing becomes apparent immediately after listening to the intro of the opening track ‘Dirtyland’ from the same titled brand new studio album: This is gonna be a very dirty, offending and messy rock’ n’ roll record from the word go! ‘Dirtyland’ will penetrate, assault and make ears bleed when played at high volume!

It’s also a departure from its predecessor ‘Monsters 11’ which was released back in 2010. A lot harder and way more aggressive with an energy that can be felt. Need a little introduction to Symbol Six? Sure…the band itself hails from Santa Monica/California and formed in 1980. Let’s not forget that the average age of all band members was about 15 or 16. They quickly built a fiercely loyal and sizeable following playing Orange County clubs between 1981/82 and were part of creating the infamous and notorious yet always creative and inspiring hardcore punk scene, playing shows with legendary bands such as Social Distortion, TSOL or Agent Orange. Rodney Bingenheimer from Pasadena’s world famous radio station KROQ became a supporter of Symbol Six and started to play their songs. Bingenheimer’s contribution to the music scene has generally been noted as important (The Sex Pistols, The Ramones, Blondie, Nirvana, Hole and Guns N’ Roses were just some of the bands first played by this iconic DJ).They were also signed to epic record label Posh Boy Records in the early days and had all original material issued as a re-release in 2013 which became a sought after rarity for record collectors all around the world. The band disbanded in the early 1980’s but reformed in 2010 with a full original line-up that has since been changed around a bit. However, founding member lead singer Eric Leach and drummer Phil George are still very much part of this resurrected and fully energized combo.

Which brings us back to ‘Dirtyland’ and all things dirty. 11 songs, all under 4 minutes. If this was a live show I would imagine a furious moshpit forming after the first two songs. But this is a studio album so let’s analyse a few songs. Aforementioned opener ‘Dirtyland’, ‘Generation Damnation’ and ‘Creepin’ are killer songs, this is rock’n’ roll at its finest and purest. All three tracks have been successfully tried and tested for a while at live shows; ‘Creepin’ was released as a video in 2012 and ‘Dirtyland’ just had its world wide release as a video July 11th. Eric Leach’s husky vocals definitely add to the already mentioned dirty factor. ‘Viva’ is a vicious punk rock attack and possible love story about Symbol Six’s hometown Los Angeles with some great guitar solos leaping out. ‘Madness’ sees an interesting and long overdue collaboration with front woman Mary Powers of Death On The Radio and Black Sabbitch. That girl can sing and my complaint is that her vocals should have been more dominant but she’s a great addition to this record nonetheless. Once you hear it you will probably put it on repeat listening. ‘Spit It Out’ on the other hand could have been mistaken for appearing on a Motorhead inspired album. ‘Never Gonna Make it’, the last track on the album, is a should be, sing-along stadium anthem and perfect closer. Nice that a little bit of sleaze rock could be heard on some tracks; I’m all for diversity! Philco Raves decided to get his hands dirty and produced the whole album.

To cut a long story short: Go and buy this album if you want your music loud and need to educate your neighbours about real, in your face, adult (punk)’ n’ rock ‘n’ roll. Symbol Six: No apologies accepted!