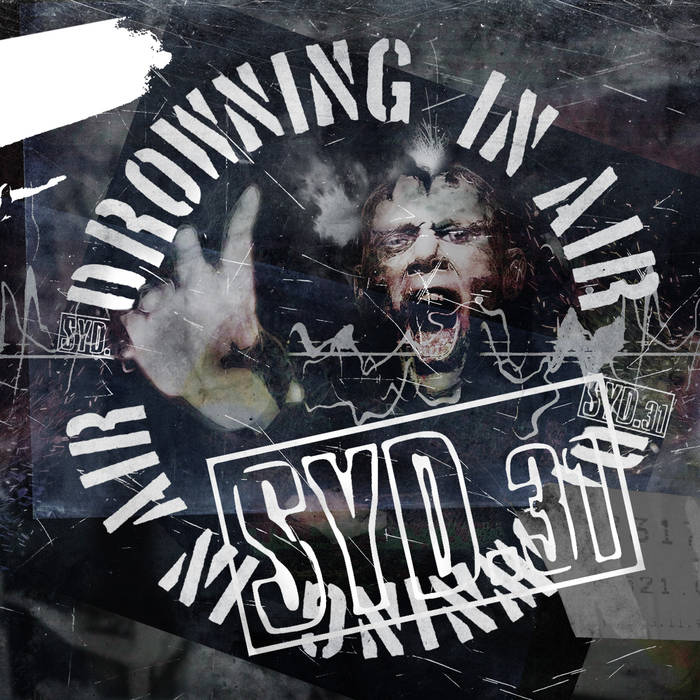 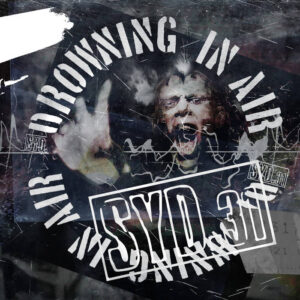 You better be ready for some blistering technopunk – because Syd.31’s latest EP ‘Drowning In Air’ bubbles up through the ears and bursts out in infectious, articulate anger.

Fuelled by a growing fanbase since their ‘Start a War’ EP in 2014, they are a Manchester group who have been determined to express the voices of the oppressed; especially politically. It proves that electronic music does not have resign itself to ‘modern’ ambient minimalism either. ‘Drowning in Air’ drags us in with attitude, disturbs us and spits us back out like a slight against the establishment. It’s raw and rebellious, just like Dr Magic’s emotive vocals – recorded on oxygen-sparse mountainsides, thousands of feet above sea level. Seriously! Hence the ‘Drowning in Air’ of the title; the vocals volatile in their violent struggle to make themselves resonate through limited oxygen. The result is a thrillingly ripping sound which thirsts for change. This could be considered part of Syd.31’s message; that they are prepared to speak up for those facing deprivation and desperation, even when it hurts. This is the real punk of the present.

“Spitting against the shackles of consumerism’s categories”

Released just in January on AnalogueTrash Records, this convention-cutting EP is already resonating amongst audiences, and invites us into the ‘Disorder’ of the opening track. I use the term ‘invites’ intentionally, as the lyrics and sound are carefully crafted, resonating with the lines ‘come on’ which speak of inclusion rather than alienation. This doesn’t mean that the music is middle-way – far from it in fact, as ‘Disorder’ is a blend of driving beats and vocals at full volume – but shows punk still provides a productive community for communicating social ill.

The EP is socially-conscious Manchester music, shot out in a dredge of genres; there’s industrial, electro, dubstep and rave which resists definition, spitting against the shackles of consumerism’s categories. Yet there is a sense of structure throughout which emphasizes that it is articulated anger too; arranged with dedication for maximum effect. Take the second track, ‘Revolution’, which opens with an old-school recording, interspersed with Dr Magic’s characteristic cries. It is bringing the past in-line with the present which seems to be the process here; something Syd.31 do which not only shows punk as an evolving genre, but speaks of the want for progress. This is progress desired by many members of the public at the moment under the current political establishment; a desire to dissolve barriers and end austerity.

“Exciting waves in the world of new age punk”

Syd.31 is a group known for getting to grips with the issues that affect society after all. Direct interaction with their fans, many of whom have spoken of situations such as homelessness and inequality, has led to a determination to express the oppressed. Layers of stomping sounds and seriously-apt percussion accentuate this, brought in by Liam C, and also self-proclaimed ‘synth stabber’ Dani Graves. The great versatility of skill amongst the guys involved underlines a band making exciting waves in the world of new age punk. Not just waving goodbye to the establishment; but putting two fingers up to it through electronica – proving that computers do not limit, but exhibit. It actually surprised me that despite the mood being almost hysterical, all the tracks manage to retain a melodic element too. Even the closing ‘Mr Vain’ contains thudding beats brilliantly layered with an almost playful piano – exploring not only the character of ‘Mr Vain’ but also what sound like ‘Mr Right’ and ‘Mr Wrong’. This is music which seems to mock our expectations of it and turns concepts on their head. Hence why I think ‘No Fear’ seems like a fitting mid-point, as wailing lyrics seems to counter the concept of ‘no fear’ itself. Syd.31 show a careful consideration not just of structure (as aforementioned) but also form, to accompany the fierceness; drawing attention to contrast in particular. It is thought-out punk music, the type which forms a community around its listeners, not just a cut of sound.

This also suggests Syd.31’s maturation over time, not just building music which makes people move, but political movement too. Compared to their ‘Start A War’ series of recordings from 2014, including pieces such as ‘Power! (Are you fucking angry?)’ , there could be considered some continuation – as tracks such as ‘Hate’ still do explore single controversial concepts. Yet this does not mean that the sound lacks originality, instead it just takes new levels– the bubble-pop elements of ‘Start A War’ now vamped over with the dirtier post-dubstep of the latest EP. This versatility is notably worn in Syd.31’s stage performances if you have ever been lucky enough to witness one. Wild vocals meet bloody body paint and pulses of colour, Dr Magic making his namesake through mesmerising textures and layers. It’s the same with the track ‘No Fear’ itself, featuring Paresis & Beinaheleidenschaftsgegenstand – boiling beats and zapping electrics blending with a voice which towards the end is not even articulate anymore. Therefore, although the music may be targeting some familiar concepts, it is always trying with new style and substance. What this shows is that the music is an expression, an expression of solidarity which is not limited by words, genre or particulars. An essential art.

Therefore, ‘Drowning in Air’ could be considered an electro punk EP with a plan in place; a planned art for progress. However, there is similarity in the structure of some tracks – for example ‘Hate’, like ‘Revolution’, is a sequence of recordings followed by screaming vocals. Yet this parallelism is perhaps intended in order to actually highlight the confines, the social structures to which so many of us are subject. What ultimately matters is the artistic expression of this, which Syd.31 managed to maintain in this EP. Hence why I think fitting that it closes with ‘Mr Vain’, an electronic track with a much more robotic element, yet still an identifiable human voice. It speaks of technology and man pushed to their full extents, sound showing us that even under pressure and under machines, what matters is our creative expression. Syd.31 give the impression of this creativity and a cry of anger coming forward against attempts to ignore and ostracise. It deserves to be heard.