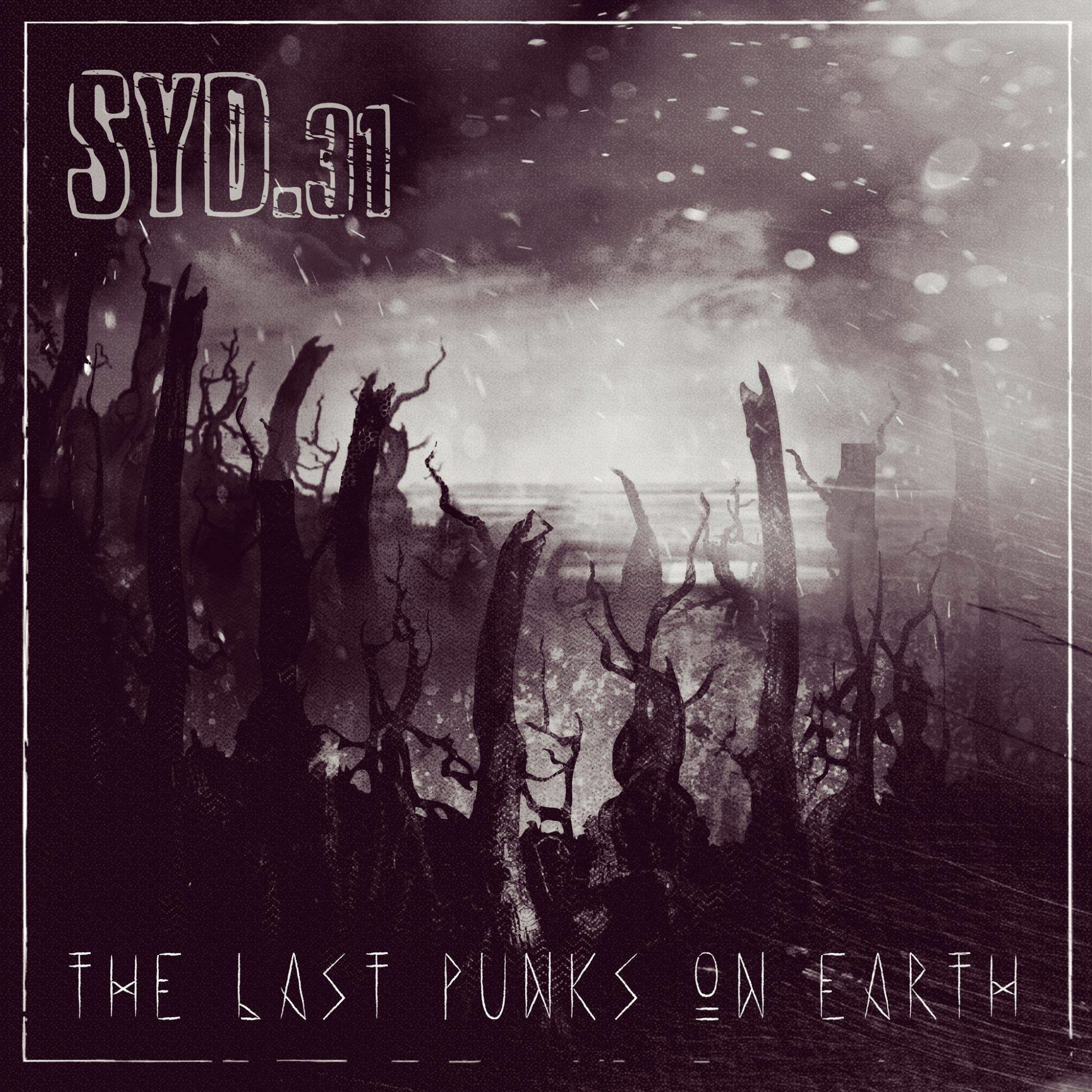 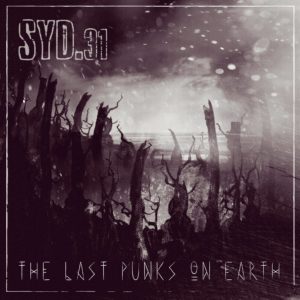 Syd.31 are back and are armed with an album for 2017 titled The Last Punks On Earth. Sounds like a big admission, but it is far from ironic.

Much closer to the bone than their previous beat-driven pieces such as Start a War, this is a series of tracks screaming not in all-consuming rage, but articulating society’s collective fear as our sense of ‘safety’ collapses. It’s seethingly smart.

And it is rawness which is so vitally needed, yet rare, in a consumer society in which we are encouraged to subscribe to sterility and add to the artifice. Syd.31 don’t just take the mask off modern culture, they mangle it – tracks turning typical hooks and loops into tremendous soundscapes.

Mixed and mastered by Oscillate Recordings, The Last Punks On Earth utilises a virtual version of the Joy Division studio used on Unknown Pleasures – lending the sound a haunted bleakness, blistering round the edges.

Syd.31 master the skill of not submitting to nostalgia however, as although dark, their output is very much alive; four years of live performances infusing the tracks with lived experience. This is untrammelled sound, on an album. And nowadays that is what it is to be punk – pissing on and even more crucially pissing off the age of shiny studio sets and over-production.

Beware of The Gods doesn’t just bring us, but beats us, into the modern nightmare – opening with noisy feedback, distorted vocals varying from haunted and harpy-like to the edge of the robotic. Such a wide-ranging approach, a wall of sound, could be seen to symbolise how immediately oppressive society is.

It isn’t without Syd.31’s signature synths and club-house baselines though, almost blending patterns of horrorhouse creepiness from the outset of Beware Of The Gods, adding intensity. Thanks to Charlotte Winchcombe’s well-wielded guitar hooks throughout this track, we power through, baring the battle scars, as so many of us do out there today. A female fronted chorus too.

Yet is the following We Are The Freaks a toned-down version of the anthemic original? No – it’s far more, streamlined so a more menacing progression can be heard. The lines ‘there’s no one like us, so no one likes us’ an accentuated seething climax. And it’s definitely danceable. Not just moving your mind against shunning social systems, but your body too.

This Is Industrial is the third track, opening interlaced with echo and noise reminiscent of lift shafts, old working areas haunted by sound – a little like the opening of an early Joy Division track, Insight. Yet ever-original Syd.31 have plenty up their sleeve as great gritty guitars close in and the sound like a circular saw lends the lyrics ‘we’ll take it, we’ll break it’ additional force.

Yet they can make minimalism work to their advantage as well as intensity – something the band clearly have taken more in their stride since the first album. A Safe Place, also opens with echo but also a much more upbeat club sound, reminiscent of the ’90s – but in a thrillingly naughty rather than nostalgic way. The  track is a good interim, with readily accessible beats  and stripped down lyrics – indeed, much of the song is just the repeated refrain ‘do, do, do, do’ – but to me, it seems telling of the ‘safe place’ of human sound, music. The chorus ‘I just want a safe  place, I want to call my own’ suits the dynamics of the track, speaking of one of the simplest, yet often most deprived human needs.

This reflection on overburden and insecurity is followed by the resultant anger of the title track The Last Punks On Earth, indicatory of a well-co-ordinated album. There is animal-like aggression in the feedback, synths almost feline in their opening shrieks, topped with more of a breakbeat vibe which creates a sensation of alarm. Yet despite the dredges of noise, there manages to be some melody in there and hence the title track summarises a point of hope well – despite the discord, there is something danceable, distinct, that we can all join round.

Socially intelligent music doesn’t just satirise, it gets under the skin and gives us the power to feel something in a society where artificial output is the norm. Hence whilst some may be shocked by live-sounding arrangement of the album; I believe this is one way music still can move against its oppressors. Blood Diva blends past and a sense of presence in the present by bleeding vocal archive footage reflecting on the concept of Beautiful into distinctly electronic, intense beats.

Blind follows with a more robotic edge with dominant lead guitar well-handled and then a track which took me by surprise, the largely instrumental Sarah’s Song. For an album claiming to contain The Last Punks Left Alive it would be easy to believe that its all about articulating an outcry, but the skill handled in this track, is transposing it into a complete sound. There is some melodic resemblance to Safe Place in there too which gives this warped electronica a sense of unity.  Music can still be a comfort, even when it is battered, bruised, mangled – and I will forever admire it.

Just because a band are able to articulate chaos and cause for empathy, doesn’t mean they aren’t capable of creating their own. Indeed, along with music, humour is one of the weapons of the people to strike out against a society which seems to dictate normality on our behalf. ‘I fucking broke my guitar again’ gives this is a gutsy attempt, vocal interplay from the two women members of the band ripping up the criticism that ‘women can’t rock.’ Seriously, they will show you that they can.

The final track, March As Friends seems an appropriate rallying cry to emerge from the album – music is our artillery and expression is the aim. It opens with an almost tom-tom like trip of sound, with siren-like pulses and well defined lead guitar saying that there is a way, even through modernity – time to not just stand together, but march together. Syd.31 show that their music isn’t just about unity against oppression, as in their first album, but movement against oppression – which considering the current political climate, is well-worth thinking about.