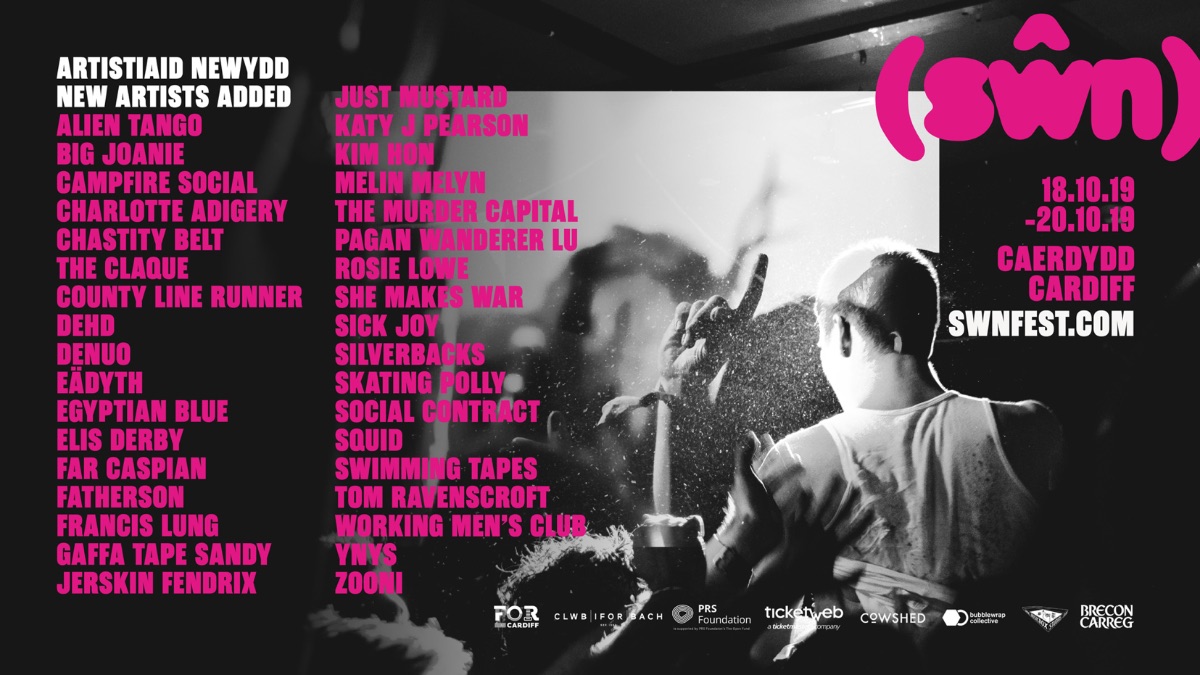 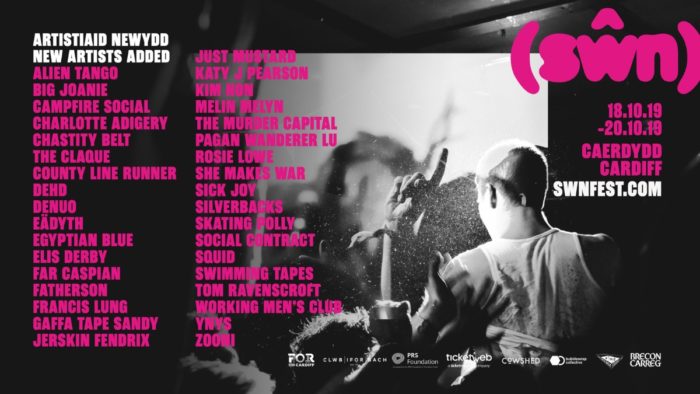 Those readers who wrote lovely stuff in response to the reviews on this site after previous Sŵn Festivals often mention an interest in attending but never seem to get around to it once the event arrives.
No excuses this time.
We’re telling you about this now.

Sŵn 2019 is happening once again in October and already the number of mouth-watering bands announced is enough for one or two of us to grab a hotel room and begin to save our pennies for the annual trip to the Welsh capital for another weekend of frivolities and foot-tapping entertainment.

For those of us that enjoy the type of festival where you can walk the streets in between venues, grab a packet of crisps whilst there’s a gap in the schedules, sleep with a roof over our heads and not have to concern ourselves about the weather, this is one that once again comes highly recommended and it’s an event we suggest you investigate further.

The bands are pretty neat too. Already we can tell you that over the weekend of the 18th/19th and 20th October bands such as Hotel Lux, Indian Queens, Pigs Pigs Pigs Pigs Pigs Pigs Pigs, Porridge Radio, Self Esteem, She Makes War, We Were Promised Jetpacks, Zooni, Amber Arcades, Dry Cleaning, Gaffa Tape Sandy, Heavy Lungs,The Murder Capital, Rozi Plain, Saint Agnes, Scalping, She Drew The Gun and Squid have been announced and that’s only the list of acts we’ve been listening to and writing about over the past few months.

Thirty five acts have been announced so far and more artists will no doubt be announced as the event gets closer, so book your hotels or find a mate’s floor to sleep on and come to Wales to wander with us along Womanby Street and beyond, watching some of our current favourites and surely a few bands we’ll love that we haven’t yet crossed paths with. Above is a small playlist to get you interested: the first ten picks from the bunch already announced.

Sŵn has been an annual highlight for some of us and we expect to drag out a few more recommendations between now and October. We’ll probably discover one or two new favourites before we even consider how we’re going to get there, so don’t miss out. Sort it out now and join us in Cardiff.