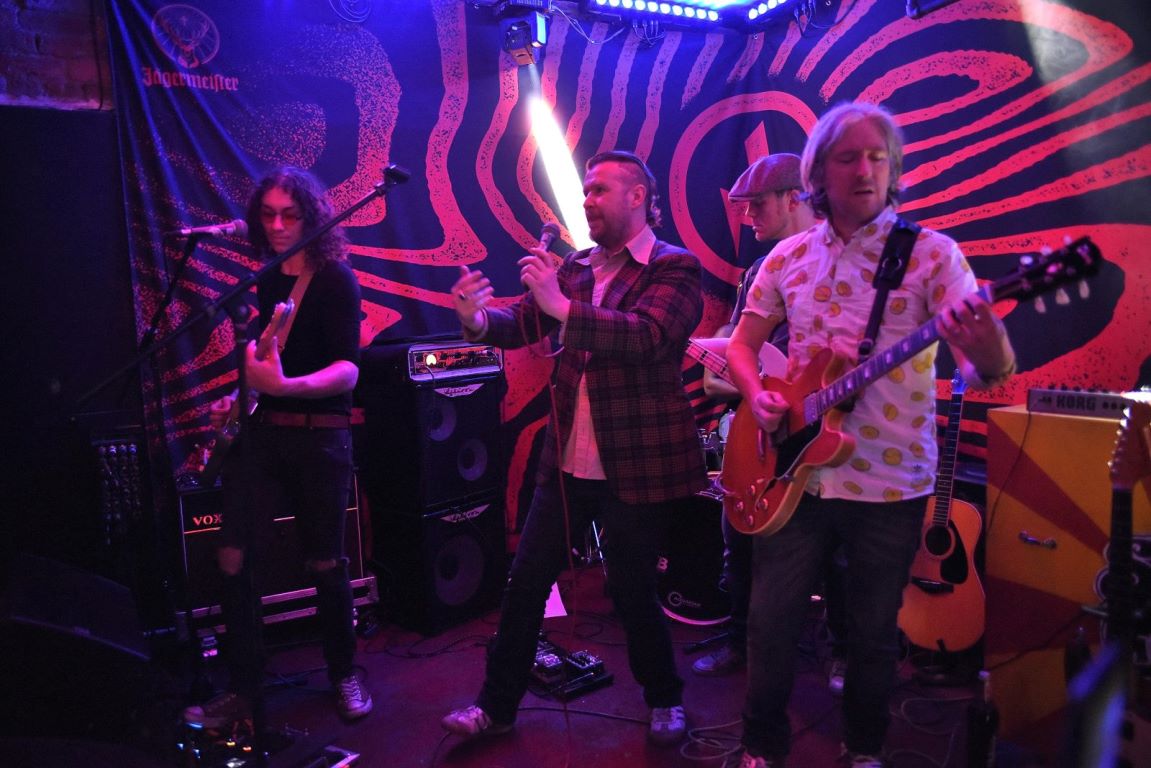 There were so many good gigs on in the Northwest this weekend it was a hard choice for me tonight. Confessional Festival in Blackburn hosted the double whammy of Witch Fever and Deja Vega both quality live, At Gorilla there was up and comers Dirty Laces with Riding The Low. With me being the sucker for small intimate venues I had to choose a night of funk, hip hop and youth brought together by three bands who are making moves in their own rights, hosted by Jimmys with it’s psychedelic decor. Fitting for these three groups. 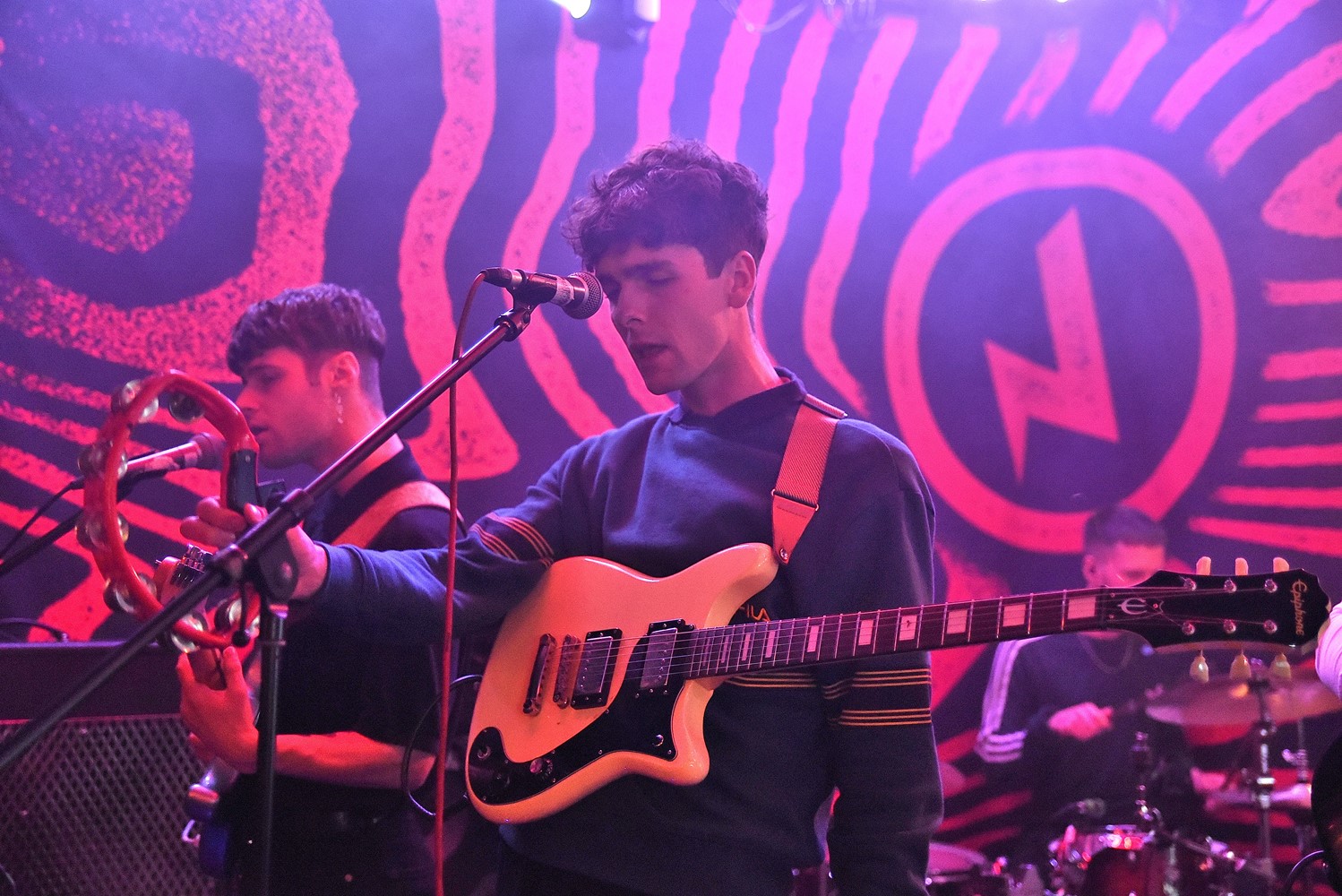 Velvet Shakes are new to me. The group consists of four lads studying music Salford Uni, which seems to be producing some interesting sounds at the moment. Scott, Ant, Josh and Louie have got together from areas including Longsight, Stafford, Bolton and North Wales and describe their music as Cosmic Pop Disco. I catch the last four songs of their set and they definitely have some magic in there. It matches the mood for the night, blending Beatles harmonies with psychedelia. And they have the funk! It’s an energising set of groovy tunes with youth showing through and you can sense the excitement that these guys are providing right now. It’s indie but with a difference as they can show off a bit of electronica and you can tell their influences come from a funk background coming from the realms of Nile Rodgers guitar licks to funk up their fresh sound. Good stuff. 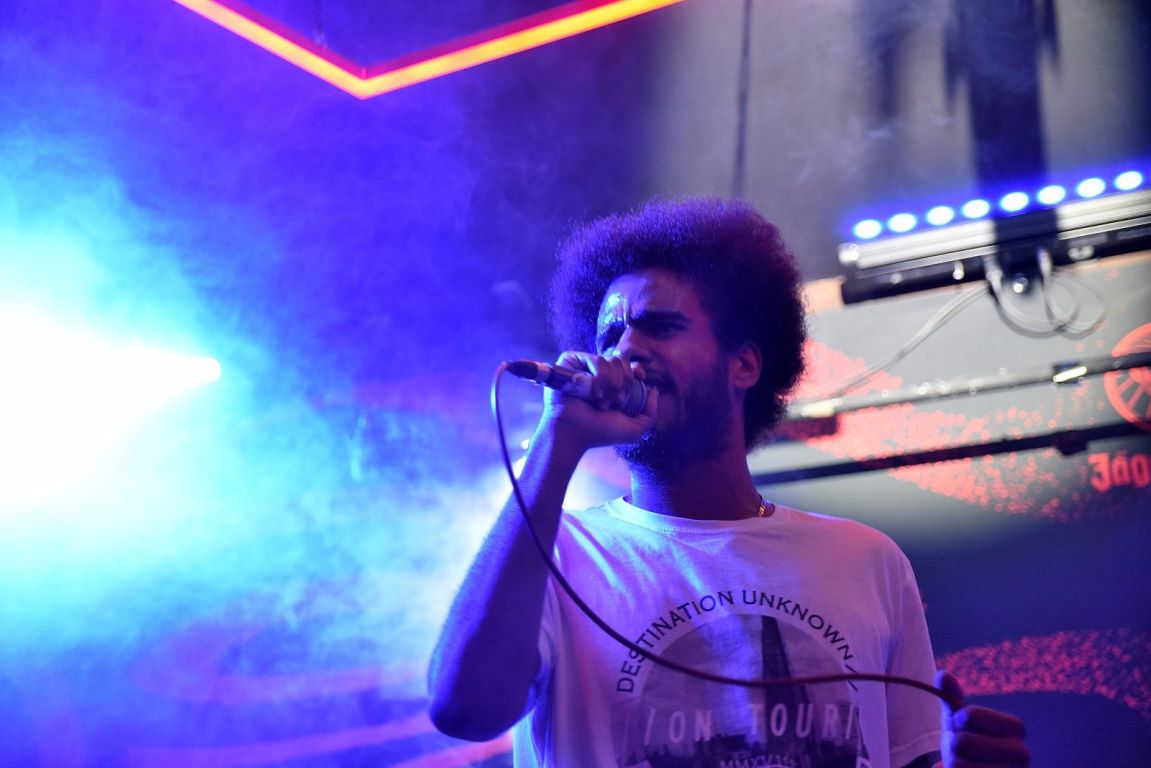 The Pagans S.O.H need no introduction from me. One of my Next Wave bands just keep giving and giving with every live show. Before they hit the stage ‘Professional Manc gobshite Karl Hildebrandt‘ appears for a bit of spoken word. He’s getting a reputation now for a new craze called ‘Gig Bombing’ He just turns up at a gig with his book of words and does his stuff. And he’s always funny as fuck, but with a serious edge to his dark mind. Captures you. And doing this stops him shouting at lampposts for a bit.

Marcus, Connor and Daragh hit the stage without a bass player (offers open folks) however they are that good at their craft they can make do at the moment as Marcus is such a good frontman. They have an arsenal of excellent songs in the bag and the chemistry is fuckin’ oozing out of them. Pagan Pilgrimage is ace as fuck and Daragh plays that guitar with soul. A proper stoner anthem that gets you with every listen. Cocky is still relevant as ever and Marcus bounces around on the tiny stage and even gets a quick rest on the floor at one point almost revealing his knackers! Emergence Of A Forgotten Power is as storming as ever with it’s RATM style noise and energetic bounce. They end the set with debut single Banananah and the crowd are Paganised once more. A band that you have to see live to understand before they get fuckin’ massive. 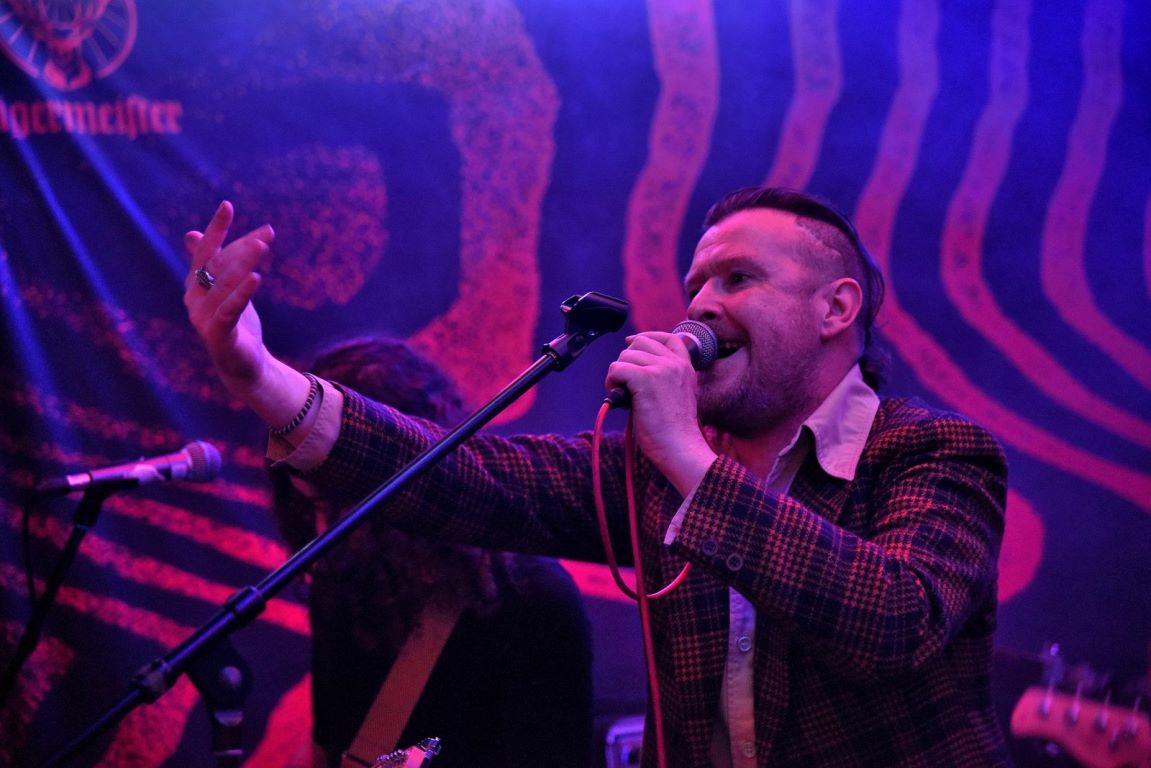 SWJ Group are a canny collective I saw last year and they are a kaleidoscope of colour and funky noise. Consisting of frontman Stephen Wilson Jr, Mr Boon, JJ, Wez, Tommy and Doy they come across as a cartoon Gorillaz type band in attitude, dress sense and sound. Their promo video for this gig was a Starsky & Hutch type thang which describes their sound. A 70’s / 80’s funk groove with a splash of Manc attitude displayed throughout. They do a cracking set of tunes including the psychedelic Scribbles which is catchy as fuck with a laid back groove and the crowd love it. They just ooze fun coolness from the start with the wonderful Hipjaw tripping us out. They fit right in to the trippy psychedelic decor of Jimmys and track like Shoulder Shuv drip off the walls. They are a tight unit and look like they are partying on stage as much as we are partying on the tiny dancefloor up front. The set end with a storming Live And Love and we all go off into the night with grins on our faces, knowing that nights like this are special. SWJ Group are from the same stable as Winachi Tribe following the funk path with their own LSD like style. Big hitters for the future!

Photo credits: Steve Hampson, Use of these images in any form without permission is illegal.