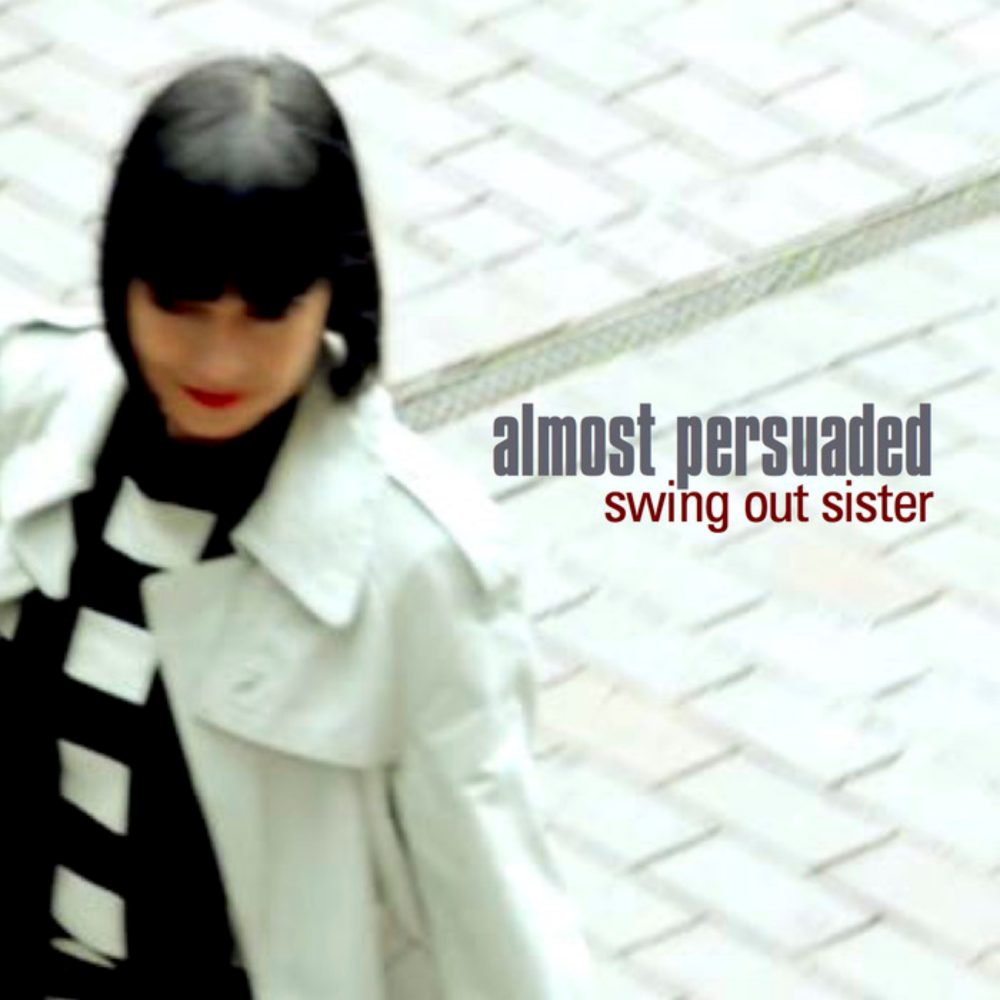 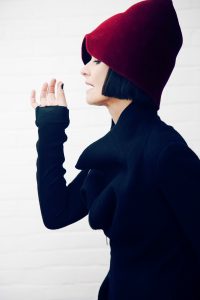 Corinne Drewery is the well recognised singer of Swing Out Sister. After a 10 year break from recording material the band are due to release a stunning pop, ballad new album entitled Almost Persuaded released via Absolute Distribution June 22nd. Matt Mead caught up with Corinne for this exclusive interview for Louder Than War.

Can you please let me know some of your childhood, where you grew up and what your first musical memories were?

I grew up in Nottingham. My dad played bass in a band and my mum sang in a jazz band in their spare time so I was always surrounded by music. I remember going to the local record shop where you could listen to the latest release on headphones in a booth. I also remember going into a coffee bar with my mum & her friends and being mesmerised by the neon coming from the jukebox, the sound of pin ball machines and the aroma of espresso coffee. Paint it Black by the Rolling Stones was playing. I was intrigued by the fact they wanted to paint everything black. I was probably about 5.

What drew you to music? Was it anything in particular?

I was surrounded by music so singing came naturally. It’s hard to pick out any single influence…Dusty Springfield on Ready Steady Go…The Supremes..Sandie Shaw..Petula Clark…Dionne Warwicke..Shirley Bassey…The Beach Boys…I grew up during such a great musical era. Most of the music I heard as a kid during the 60’s had great arrangements and production, and was written by some of the finest songwriters. And listening to music was always a special occasion…making the time to listen to a record on the stereo….the smell of the vinyl…the crackle as the stylus hit the groove. I member seeing Michael Jackson with The Jackson Five on Top of the Pops singing I Want You Back. He was the same age as me. I thought…I want to do that.

Depends what you mean by serious….I was obsessed with Life On Mars by David Bowie. My friend’s older brother had Hunky Dory, but I couldn’t afford the album so I bought the single. I played it on repeat on my Dansette record player for weeks. I was fascinated by the collage of sounds and lyrics and the world it took me to. David Bowie’s stream of consciousness approach to song writing has definitely influenced the way I write. 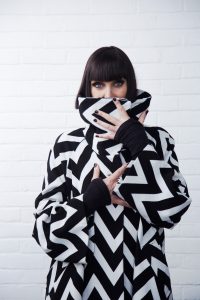 How did you start getting into making music? Were you in bands before Swing Out Sister?

I met Andy at the Hacienda when I was singing with Working Week (Corinne‘s previous band). He was keyboard player with A Certain Ratio at the time but had also been working on some dance tracks with Martin for Streetsounds. I bumped into them in London a few months later and they said they were looking for a singer so I came up to Manchester to do some demos and never really left.

Did you gig a lot before you had mainstream success with Breakout? Did you play live gigs or were you more focused as a studio band?

We were too busy writing and recording to do many gigs – we did a few support dates, and then nonstop promotion all over the world. When we had success with Breakout our first real public performance was at a Princes Trust Concert at The NEC Arena in Birmingham. George Martin was conducting the Birmingham Symphony Orchestra and Level 42 was the house band…To say I was a little nervous was an understatement…

Breakout is your most successful single to date. How did you handle the success? I remember Corinne‘s face all over the magazines of the time.

We took it in our stride. I feel lucky that Andy and Martin had had some previous experience of being in bands and a Mancunian down to earth-ness and that I was old enough not to be too overwhelmed by it all. I had spent 4 years at Art College, singing in a college band, modelling for life drawing classes, and modelling clothes and had set up my own clothing label so I was used to a bit of attention. We had great support from the team of people we worked with, from managers to record label to our producer. I loved it, travelling to a different country every week, sometimes every day, and people whistling our song in the street.

Did you have much success abroad? I saw you were nominated for Grammys.

We have heard our songs played all over the world… We were nominated for two Grammys for Breakout. Attending the ceremony was pretty amazing so early on in our musical existence as Swing Out Sister. We sat behind Stevie Wonder, Diana Ross, Prince and Michael Jackson. I don’t think I spoke throughout the whole evening….

You found inspiration from different artists and musical styles over the years such as Burt Bacharach and Easy Listening music. Was the likes of lounge releases of the mid 90’s like Sound Gallery a big influence on you?

We have always been inspired and influenced by Burt Bacharach, Ennio Morricone, John Barry, Isaac Hayes amongst others, and sweeping cinematic scores. Our record label didn’t really get it at the time we made our first few albums, even when we worked with Jimmy Webb, and would have preferred us to make house records, but as the lounge music revival kicked in they reluctantly came round. I used to DJ at Workers Playtime with Martin Green who put The Sound Gallery together as we had similar tastes in music. 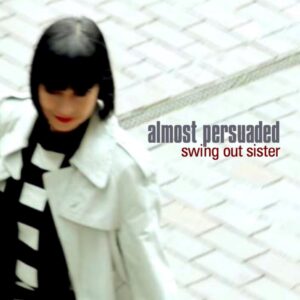 Can you give a bit of a low down on how the current record Almost Persuaded came to be?

We put the album out through a Pledge Music Campaign, and kept our audience up to date with work in progress reports along the way. It was a great way to keep in touch and record, although a little distracting sharing our unfinished songs….the pressure to finish them probably slowed us down as we made short films to go with each update. It took us about 3 years to make an album is quite good for us. The 10 year hiatus wasn’t spent just recording this album…we have done several tours including one of Japan and one of the USA and several festivals, including one with a big band supporting Stevie Wonder. We also recorded an album of cinematic arrangements of our songs with a big band. We have worked with the musicians we regularly tour and record with, they are like family and are listed on the album. Andy and I wrote all of the songs, apart from three we wrote with Gina Foster, who regularly sings with us.

Will we see you go out on tour to support the album? I imagine when fans get to hear the album there will be huge demand to hear the songs on the live front.

We will be doing some dates later in the year. Can’t wait to play the songs from our album live, it is always intriguing to see how they develop…

All words by Matt Mead. You can find further articles by Matt at the Louder Than War author archive page.