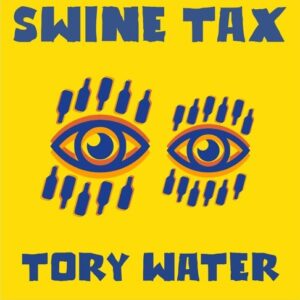 Louder Than War’s Ioan Humphreys discovers a great new band with a great name and a great title track!

A two-thirds breakdown leads to some almost psychedelic guitar noodling that plays out until the (bitter) end. Loud and intense, Swine Tax (great name) show buckets of potential with their clever wordplay, brashness, wry sense of humour, musical chops and their politics (Tory Water anyone?)

Recorded, mixed & mastered by Chris McManus at the always brilliant Blank Studios, Swine Tax reckon they are inspired by post punk bands like Swell Maps and The Fall. I will take that. Tory Water is a belting track that deserves several listens. I bet it kicks some serious arse live too! Great stuff.