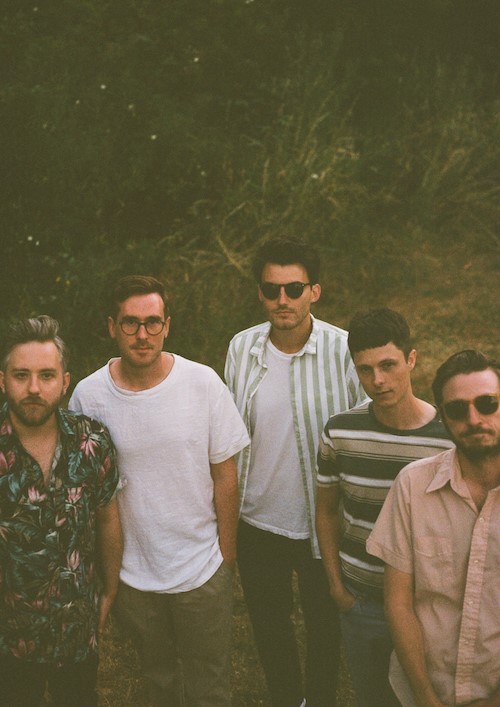 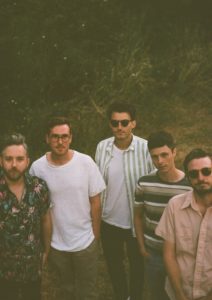 Having come across the band by chance on iTunes when they released one of the their first single’s from their Souvenirs EP, I was further delighted when the band released the Soft Sea Blue EP, both EP’s are stunning pieces of work, highlighting immaculate vocals from Louis Price and Robbie Reid, shimmering guitar work from Louis, Robbie and Jason Hawthorne, plus sturdy work from rhythm section Paddy Conn on bass and Andrew Evans on drums.

The band’s work to date has eclipsed many a new bands material, just on the maturity of the material released, their material so far evokes memories of a mixture of early Orange Juice, The Byrds and East Village. So as you might expect the new single keeps to this winning formula. Easy Strand starts with a wake you up sparking guitar riff, the band launching into a sit up straight super catchy chord structure, equally catchy chorus with a elasticated guitar solo with angelic like vocals that carries you away to hazy summer days, eating an egg cress sandwich whilst you gaze up at the late afternoon sunshine wearing shades, you get the picture here if you’ve heard the bands previous material. If you haven’t, what are you waiting for?!?!

Having spent the bulk of this year writing and recording, this Paper Dress Vintage show is the band’s first foray onto the live stage in some time and promises a set list of new material, offering a glimpse at what we can expect from their anticipated and soon-to-be-announced debut LP.

Tonight’s intimate support show will be followed by a short run of UK headline shows throughout November. Listings for all upcoming dates are as follows and tickets for all headline shows are on sale now.