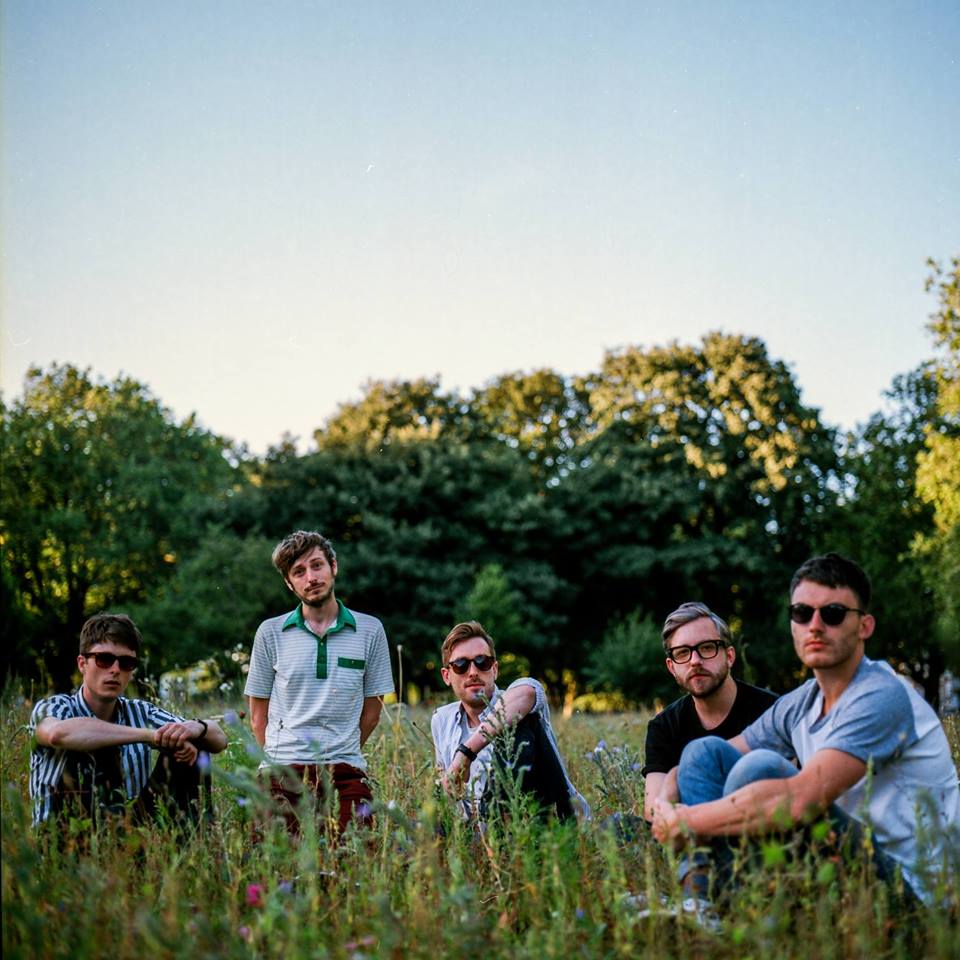 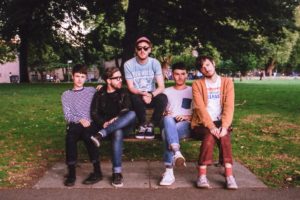 London based swooning sunshine pop guitar band Swimming Tapes have released 3 stunning singles in 2016, with a 4th single Cameos just released to complete the debut Souvenirs EP all released via Hand In Hive. Swimming Tapes are attracting a growing crowd and are one of the best upcoming bands to emerge from London in recent years. Definitely a force to be reckoned with this year and similar in the grand musical traditions of the likes of Real Estate, Ducktails and Motion Pictures. I spoke to Lou from the band to get the inside info on their background and what their next plans are!

Can you give us abit of a low down and your musical backgrounds?

Well four of us (Me (Louis Price Guitar/Vocals) , Paddy Conn (Bass), Jason Hawthorne (Guitar) , Robbie Reid (Guitar Vocals) have been friends for years and all played in different bands with each other at some point. We all found ourselves without a band and decided to form Swimming Tapes just over a year ago.

Why did you decide to pick up a instrument in the first place?

My mum was a folk singer in the 70’s and music was a big part of my upbringing, I picked up an instrument pretty young. started out with some shockingly awful flute puffing then moved into drums and guitar as I got older.

Who were your favourite bands growing up?

So many favourites it’s hard to choose but I would say the band that has probably played the biggest role in my life from an early age would be The Beatles.

Were you all friends before you got together as a band?

Yeah most of us, Robbie, Paddy and I all grew up together in Bangor NI. Jason is from Armagh NI and Robbie and Paddy met him at uni in Glasgow. Andrew’s (Evans, Drums) from St Albans. We met him through Gumtree, he fit into the vibe of the band straight away and we knew we could put something pretty nice together. 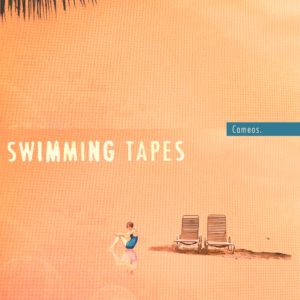 Did you naturally fall into the sound that has seen you release 3 singles?

Yeah we all had a good idea of what kind of band we wanted to be before we even played one note together. Luckily the idea in our heads translated well when we actually started playing it in reality.

There’s a distinct summer west coast guitar sound to your releases so far. Why was this chosen as the sound to the releases?

It’s just a natural thing that came out when we started playing. It is the kind of music we are all influenced by and the whole ethos for Swimming Tapes from the start was to make nice simple dreamy guitar music. To never over complicate things and keep it fun.

Are the releases all band efforts or is there a main singer writer?

Songs usually start out with a few of us jamming quietly in my bedroom with a few riffs and then turn them into a full ST song when we hit the rehearsal room. Occasionally one of us will come in with a more fully formed idea but it’s always a group process to get them finished.

What’s the plan for the band in the future? Are you planning on touring and recording an album!

Yes Definitely want to tour more and get out to as many different parts of the county/world as possible. We plan on releasing another EP before an album and should start work on that in the studio soon. Hopefully you’ll be hearing a full Swimming Tapes record before too long though.!