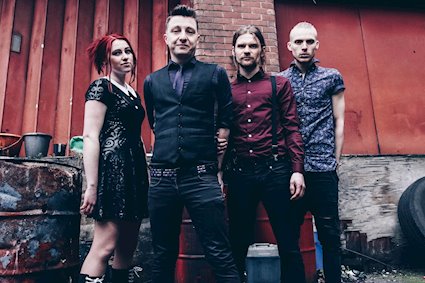 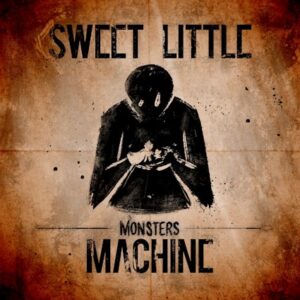 Sheffield pop punks Sweet Little Machine announce Monsters for release this October just prior to heading out on the ten date Fireball Fuelling The Fire Tour.

Sweet Little Machine release their six track Monsters EP on 6th October 2017. Speaking about their recently released single and EP title track, they explained “Monsters is about that darkness that everyone has inside them, but not letting it get you down. As people, we all have that dark place in our lives, but it’s about not letting your ‘Monsters’ get the best of you.” The Ep was recorded and produced at Treehouse Studios, Chesterfield with Producer Jim Pinder (While She Sleeps, SHVPES and Inherit The Stars).

As 90’s kids from Sheffield Sweet Little Machine, (Alex Lantrua-Kissack vocals and guitar, Lucie Patrick bass and vocals, Adam Mintram, guitar and vocals and Joel Elsom, drums) had a real weakness for all things American rock. They have dexterously managed to incorporated that anthemic American rock feel into their own feisty pop mix without making anything sounding bloated. Frontman Alex Lantrua-Kissack explains “There’s definitely a huge new wave of pop-punk coming out of the UK at the moment, but when we’re writing we like to keep it simple and kind of old school – poppy, catchy and easy to sing along to. It’s what we grew up with in our teenage years so we all had those routes into music.”

Sweet Little Machine don’t come to the Fireball tour empty handed, bringing a host of extremely well-crafted tracks that are saturated with affable character, rambunctious melody which is delivered with skillful accomplishment. It is no surprise they have swiftly moved from local shows to playing sold out gigs across the country supporting Don Broco, Me First & The Gimme Gimmes, Patent Pending and Wheatus.

(Along with Reel Big Fish, Anti-Flag, Mad Caddies; except Liverpool and Sheffield The Skints will appear instead of Anti-Flag)

Tickets on sale through many of the usual retailers including Ticketmaster. Please note some dates may be sold out, please check for waitlist availability and consider Twickets for fan to fan face value tickets.