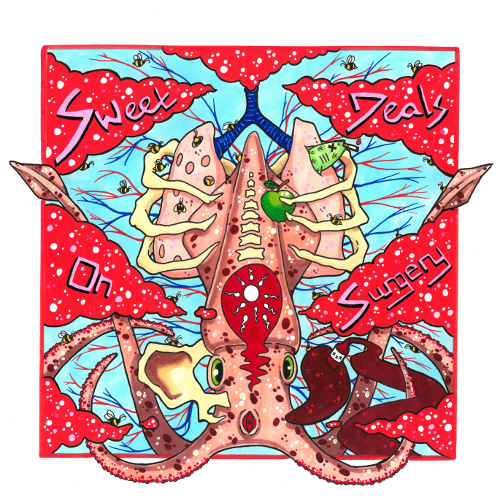 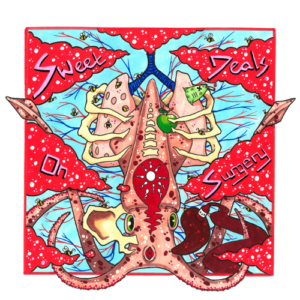 Review by Jay Stansfield of All Hail Hyena.

With a nice opening of smooth feedback 21st Century Ballad blasts into a frenetic, guitar driven rock fest with some lovely chords and luscious production and ends almost as soon as it begins. The Wandle Years is the single and you can hear some real signature sounds in there from these guys, grizzly shouting question and answer vocals and pounding drums all gel together for an aural assault packed with dynamics and originality. Miaow Mix has a bit of a 90’s sound to it coupled with what sounds like a vamped up XTC or Rocket From The Crypt. Definitely not Foals though.

Ballooning punches you in the throat with its violent lyrics and stabbing guitars, smashing drums and vocal harmonies and the production on this EP is nice and rich enough to compliment the clearly well considered and written tunes. Ending with Hidden Djins this is a release well worth a good listen for anyone who likes frantic, heavy guitars, shouting, melodic chords, odd time changes and well crafted rock tunes. Get these Sweet Deals in your ears!