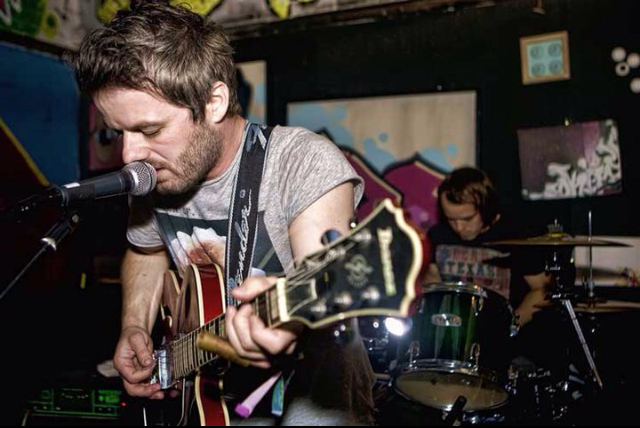 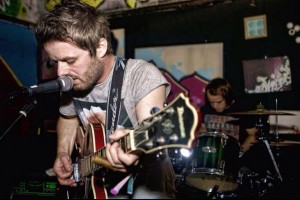 In a Louder Than War exclusive, Sweet Benfica debut a new single from their forthcoming album, Earthquake Lights. Nat Lyon is all ears.

Brothers Stefan and Calum James have been on a high since the August release of their debut EP The Sliding Stones of Death Valley which received a very positive whoa-this-came-out-of-nowhere-and-it-rocks reception.  Word of mouth, social media, and limited airplay showed that good writing and performance can sometimes get well deserved exposure.  Playing wherever and whenever they can plus writing and self-recording their first full-length album in the span of six months has been like a tornado (or in this case an earthquake) for the brothers which, in many ways, is very much like their music.

The Sliding Stones of Death Valley was an interesting mix that explored a range of genres – punk, alt-Americana and even New Orleans-tempered ragtime blues – not an easy task considering this is a duo. Regardless of musical form, Stefan and Calum played with an edge, and on Earthquake Lights the edge is getting sharper.

Reminiscent of New York punk of the late 1970s, Earthquake Lights shows that a lot of sound can be generated when two people put the bit between their teeth and run.

Stefan’s vocals carry the melody and the swampy Richard Hell-meets-The Cramps guitar/bass riff provides the groove, and Calum supplies the motor while taking the hinges off, drumming like a maniac.  As Earthquake Lights careens over 3m 20s you can literally hear drumsticks flying past the microphone and hitting the wall (or else it’s the sound of the studio crumbling due to the high decibel level) as Stefan’s guitar veers the song in pretty warped fashion between the verses.  There is a drone in the background that provides texture, and while the arrangement is minimal, the song motors – the lo-fi sonics perfect.  The sound of Earthquake Lights is deceptively full and it roars with the urgency of the classic garage rock first hinted at on The Sliding Stones…

Earthquake Lights is going on heavy rotation.  At least until the album comes out.