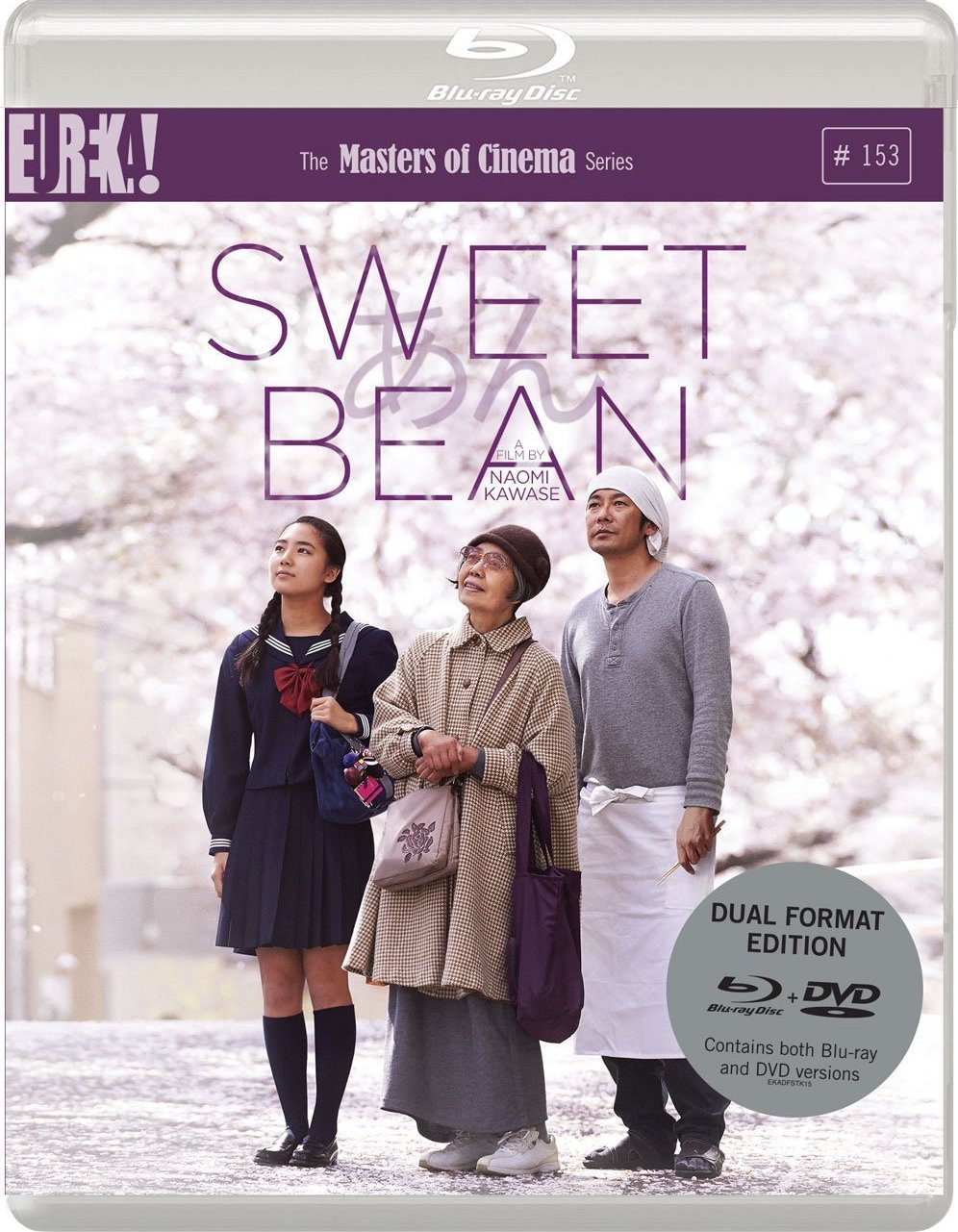 Jamie Havlin takes a look at a Japanese film that opened the prestigious Un Certain Regard section of last year’s Cannes Film Festival.

Based on the novel by Durian Sukegawa, Sweet Bean is the latest in a long line of acclaimed feature films directed by international film festival favourite Naomi Kawase (The Mourning Forest, Still the Water).

A food booth vendor Sentaro (Masatoshi Nagase) struggles to attract many customers to the shop he manages which specialises in selling dorayakis, which if you don’t know, are a confection made of two pancakes with a dollop of an, a sweet bean paste, wedged in the middle.

Sentaro is far from a happy go lucky type of guy but he certainly appears to have a good heart, happy to give away rejected pancakes to a troubled schoolgirl Wakana (Kyara Uchida), who frequents his shop and who is interested in the part time job he’s advertised. She’s not the only one. A lady in her mid-seventies, Tokue (Kirin Kiki), also expresses an interest in the position, even though she is likely far from the image of any ideal candidate Sentaro might have had in mind.

Written with veteran Japanese actor Kirin Kiki in mind for the role, Tokue is an instantly likeable woman albeit an obviously eccentric one who sometimes half-speaks and half-sings her words.

‘You’d hurt you back,’ Sentaro insists diplomatically and offers her a sample of his cuisine but Tokue’s age and gnarled hands definitely played be a more important part in his decision not to hire her.

Tokue’s determined though. She returns and tells him that his pancakes weren’t bad but that her paste is far superior to his. She does have much experience of the subject as she’s been making her own bean paste for fifty years. She offers him a sample of her own an which turns out to be delicious enough to persuade Sentaro to change his mind.

‘An is the soul of a dorayaki’, she scolds Sentaro on seeing his own an is bulk ordered from a local catering supplier.

Overjoyed at landing this part time and not terribly well paid job, from the off, Tokue demonstrates her absolute dedication to her new profession.

She arranges to start work on preparing her an at dawn the next morning and when she arrives we are given an insight into the art of dorayaki making with the director lingering lovingly over the lengthy process of creating the perfect an, as Tokue demonstrates to her ‘boss’ the way to select the right azuki beans, how to soak them, simmer them and let them steep and then how to sweeten them.

She even talks of the beans as if they were human beings with their own stories to tell and I really doubt she would be too impressed by my own microwave everything approach to cooking.

Business booms through word of mouth and soon queues are forming even before the pancake booth has opened.

Yes, as you can maybe guess, the film does veer towards sentimentality at times – and I’ll happily admit experiencing a lump in the throat moment myself near the end – but a couple of plot revelations emerge about the two central characters that weren’t entirely predictable, both adding a bittersweet element to the film.

Gentle, emotional and absorbing throughout, Sweet Bean is a delight to watch and Kirin Kiki’s performance is as captivating as any I have seen so far this year. I also now have my answer if anyone ever happens to ask what’s my favourite film about dorayaki making.

Extras include optional English subtitles, a new and exclusive video interview with director Naomi Kawase and a 32 page booklet featuring a new essay on the film as well as an interview and statement from Kawase.