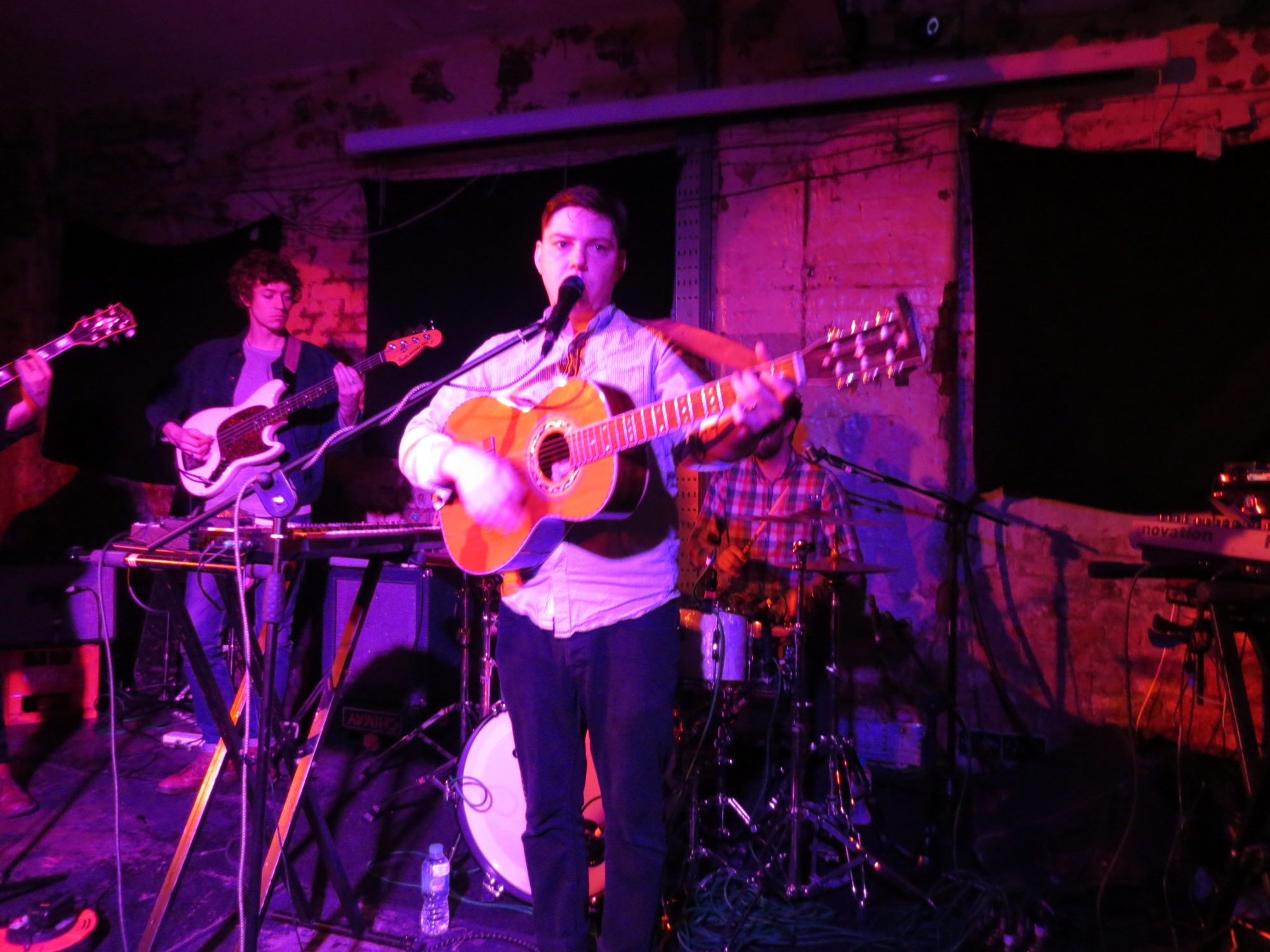 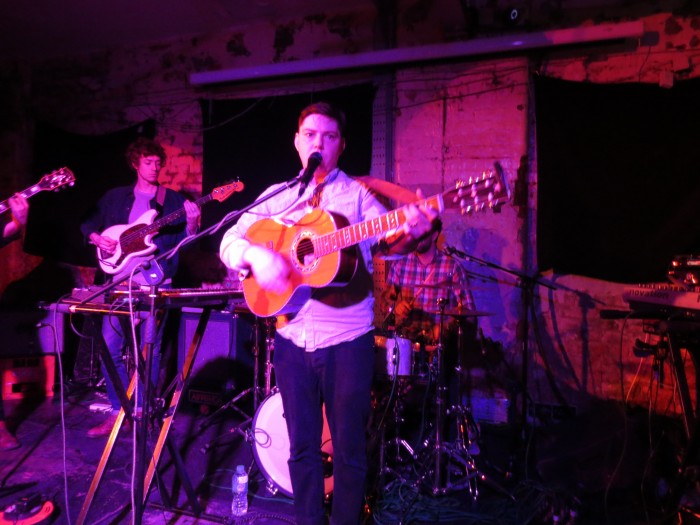 If Olympic medals were awarded for self-deprecation, Stephen Black (aka Sweet Baboo) would require an extension in which to house them. The opening, “If I Died…” sets the tone: “Daniel Johnston has hundreds of great tunes/and I’ve got six so I guess there’s some catching up to do.”

When he announces that most of the set will be drawn from his most recent album, ‘The Boombox Ballads’, a solitary cheer arises from an audience that is attentive but as understated as the performer; “that’s pretty much how the album was received,” he quips. A celebration of staying in, “Got to Hang on to You”, reveals the influence of northern soul as he sings of making “our own Wigan casino, move furniture around and dance away into the night.” His eye for small detail that other artists would omit narrative bears comparison with Jim Jarmusch’s films. “Do The Buzzard”, a celebration of an imaginary 60s dance craze, sees Stephen bopping so excitedly that he damages an effects box and loses one of his ear plugs.

He does seem to relish those small scale mishaps. During “We Used To Call Him Dennis”, the lead track from his current EP which celebrates his thwarted intention to name his son after Dennis Wilson, he accidentally bites his lip and notes that this is the indie equivalent of Ozzy Osbourne biting off a bat’s head. “You Got Me Timekeeping” is announced as their 12 and a half minute prog rock epic; surely their one piece of exaggeration as it feels much shorter. In its live form, it switches from a sweet melody to a discordant mid-section, a single jet version of My Bloody Valentine’s jumbo jet noise whiteout feedback “You Made Me Realise” section, before reverting to its melodic beginnings, though drummer Avvon Chambers has apparently been swept along in the reverie and temporarily forgets to come back in.

Keyboardist, Paul Jones, has a key role, his contributions, often sounding like Joe Meek gone mad, compensating for the absence of the string section that had so stunningly complemented the emotions of ‘The Boombox Ballads’. Being part of a five piece live band also gives Stephen opportunities to ditch the guitar and concentrate on being a singer in the style of his stated influences on the album, Harry Nilsson and Dennis Wilson. This works especially well on “You Are Gentle” with Stephen perched on the edge of the stage, crooning, “you’re a talker, girl/especially in your sleep.”
His ode to going out in Cardiff, “Tonight You Are A Tiger”, which he has compared previously to Elton John’s “Saturday Night’s Alright for Fighting”, is among his most lyrically quick-witted with its references to palaeontologists and cold archaeological digs but sees a small brain-freeze as he forgets the romantic CV section, “I am good at admin/and I’m happy to take work home/ I’m happy to take you home.”
Encores often feel like an unnecessary afterthought, added for ritual’s sake, but Stephen returns for a solo rendition of “You Are The Best Beach That I Know” which is a revelation delving into the bird, bees and animal kingdom for exquisite metaphors. It caps a night that proves Sweet Baboo’s ever expanding repertoire of great songs will soon be a numerical match for Daniel Johnston.

Sweet Baboo is on tour until 13 February. You can find him online here. He is on Facebook and Twitter.

All words by Andrew Neal. More from Andrew can be found here. He is on twitter as @AndrewNeal66.