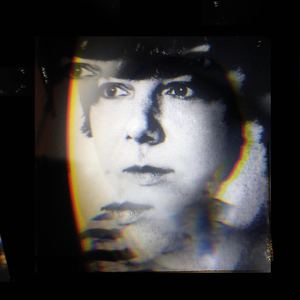 The Boombox Ballads is Sweet Baboo’s finest album to date, an album for the shy romantics. He has us swooning over his beauty from the off.

Stephen Black better known as Sweet Baboo is ready to finally unleash his fourth LP, the eagerly anticipated follow up to the brilliant Ships. I’m surprised he ever has chance to write music as he is constantly on tour, whether it be with Cate Le Bon, H Hawkline or Pictish Trail. Yet The Boombox Ballads sees Stephen in fine form from the off, as the wonderfully sweet Sometimes opens proceedings with his beautifully delicate picking. Accompanied by blasts folk tinged of excitement, but equally tempered by graceful strings a perfect way to start a record.

As the tempo raises Got To Hang On To You, is more what you may expect from the follow up to Ships. Where he reverts on many of the themes from the previous record, this number being more about complacency and how he lacks a need to go dancing now as he’d rather just stay home. This contemplative theme runs throughout the record, as he returns to the charming tenderness exhibited early on with Two Lucky Magpies.

The track is wonderfully orchestrated, but the lyrics stand out head and shoulders above the composition, this is such an exquisite love song. It’s a far cry from his contemplations about if he dies, whilst those tracks made for great party tunes these tracks are from the heart and that is instantaneous when listening to the record.

I’m intrigued to see how Stephen can replicate these tracks live, surely he needs a full orchestra as demonstrated by the ecstatic You Got Me Time Keeping. With its incessant jaunty twee brilliance and beautiful harmonies come a variety of layers of instrumentation from bright horns to the ever-present string section. His knack for intricate lyrics also really shines through; he breaks away from the heartfelt beauty here to express his slightly more comedic side, which is no less exciting though.

The Boombox Ballads flirts with a variety of genres, from indie pop, folk to neo-classical it’s an album, which feels very settled Stephen Black is obviously a very happy man. His sweet contemplations and beautifully heartfelt lyrics are what stand out from this record, that said though the underpinning melodies and orchestrations really do bring everything to life.

As the final notes of Over & Out ring out through with my own contemplations taking over, The Boombox Ballads is undoubtedly Stephen Black’s finest album to date. Both musically and lyrically, heartfelt, deep and packed with love songs that don’t posses overzealous and pointless gestures. An album for the shy romantic!

~
Sweet Baboo can be found online here sweetbaboo.co.uk. He is also on Facebook, and tweets as @sweet_babs.