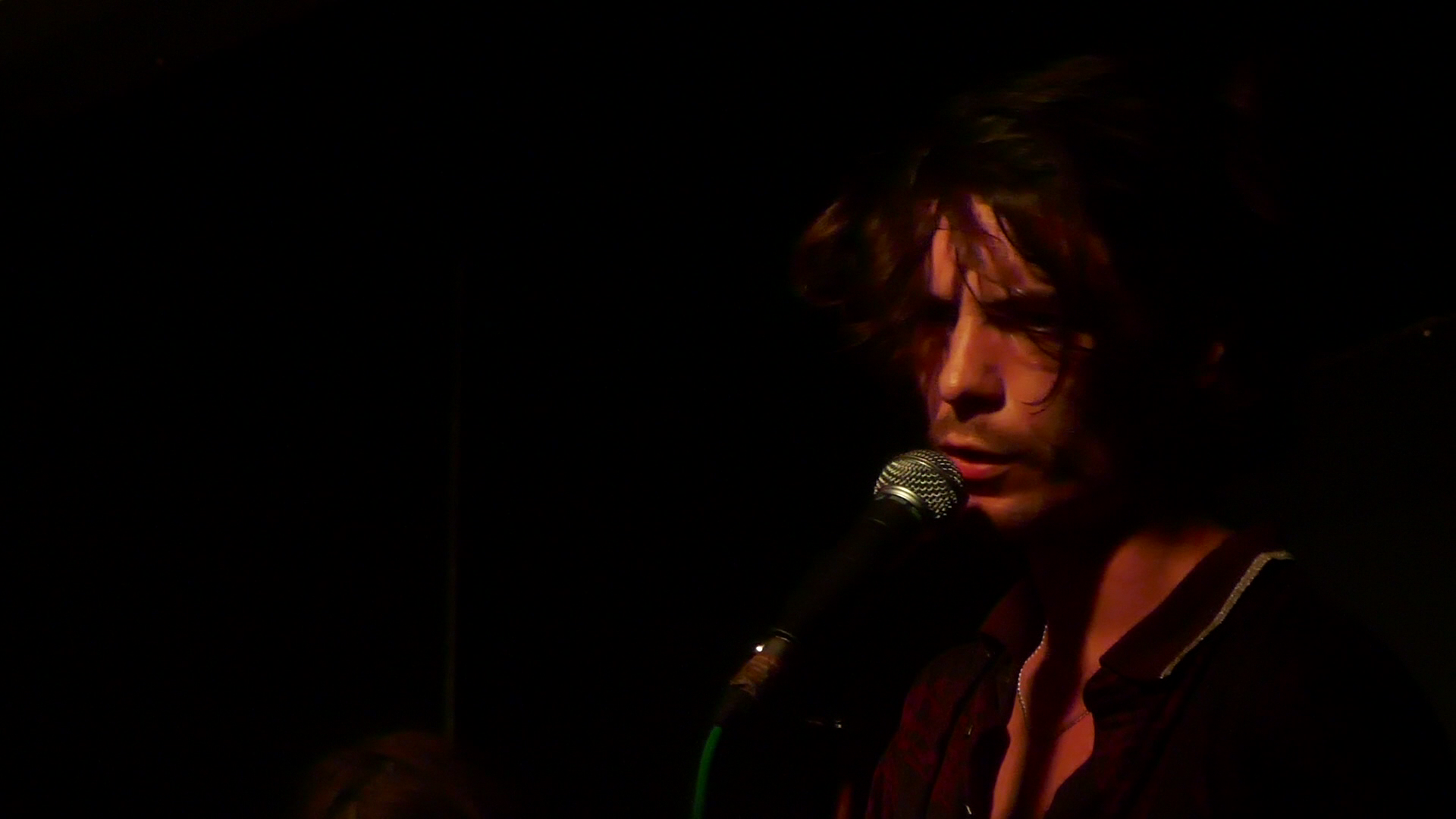 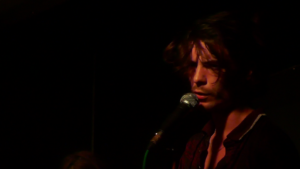 Does Keith Goldhanger ever go to gigs that have an entrance fee?  Yet again he finds another gem that’s not even hidden away down a back street.

It’s a question some of us ask ourselves nowadays. . .

Whether if it’s possible for an adult to get as much enjoyment out of spending all that money on seeing someone like Adele or Muse (I’ll be there at Glastonbury) than they would do by standing inside a pub in the middle of Camden Town squashed inside a tiny room watching creative types that may never (we’ve done the maths) get heard by as many people as the current crop of stadium bands do that we have in the UK at the present time.

For the second time in our short lives we enter a room against a tide of people that have just stood in front of a band called PEANESS.

When the following bands name drop this band during their own set we feel they are not doing this just to encourage puns being shouted across the room, but because they were apparently brilliant (again!).

Life goes on, there’ll be other opportunities, we can feel it in our bones.

SHARK DENTIST are viewed for the third or fourth time this year playing music very similar to what those American dudes with long hair came over and entertained us with during the early years of the last decade of the Twentieth Century (Dinosaur Jnr, Sonic Youth. . . you know the ones). We’re learning the songs now even though we’re not singing along to them yet but it’s felt as though we have another band in our presence prepared to trawl through every London venue before releasing an album or two and probably repeating the process across the land for a few months.

HUNCK are a five piece who captivate from the start by sounding as though they’ve been touched by the hand of Carlos Santana or Goldheart Assembly. They could even be a bunch of new romantics who sold all their analogue synths (well not all, we can see there’s still a bit of one kicking around up there), grew their hair and bought guitars. The vocals don’t come across as well as we believe they’re probably intended to however before we know it we realise we’ve watched all of this and twitch at the thought that this may need investigating a little further.

“Now the hunt is on” we said, and this was found later that evening.

Its Easter !! We have four days to creep into the world that some of these bands live in. This one has managed to provide part of this Easter’s soundtrack for some of us and now one of us is knocking at their door.

Hunck may become a band in the near future that that attracts at least one idiot sitting not too far from here who will stand on his own singing along to all these dreamy psychedelic songs as others in the room edge away slowly. Have a listen to this EP if you like Mercury Rev, Plastic Mermaids, Temples, even Oasis. I hope that Gallagher chap is listening to this with his headphones on whilst his missus is watching The Voice. He was seen tapping his toes to Temples last year. This is a little mellower but these songs are ones that you should hear.

SWEAT are the new favourite band of many. . . well a couple.
Probably a bit more and these numbers are slowly increasing as every week goes by.
This tiny first floor room is as packed as the downstairs bar, now inhabited by Underworld fans evacuated from the Roundhouse down the road for reasons we never establish (Although that gig is reviewed here).

SWEAT’s opening tune, the debut Be Complete is over in a flash and thereafter we’re shaking our bodies, waving our arms in the air and grinning at the bits that still sound like ’80’s Bowie singing along to a Factory Floor record.

These rhythms, break beats and catchy (very catchy) choruses make us happy with our decision to drink thirty quid’s worth of beer instead of going to see Underworld.

Throbbing keys that could, if required one day, be drawn out for ten minutes and recreate that golden age when Factory Floor gigs were realistically affordable and crashing beats that introduce those watching for the first time into dancing like it’s 1999.

Sweat shouldn’t really need to feel any pressure in writing too many new tunes for a while, the ones available at the moment are songs a nation is still unaware of and may find themselves dancing to themselves one day. These boys could improvise or even stretch out what they already have and it would still sound ace.

However, that’s just me sticking my oar in.

They have the technology as someone used to say.

We wonder if this band will shoot off into something even more spectacular one day and hope someone will allow them a three hour set one night, in a field. . . then it could all take off. Just like it did for Primal scream once who are currently appearing at The London Palladium for a bit more than £25 quid or something.

Sweat could eventually have the kids dancing in the aisles, dancing at the discos, sitting on their mates shoulders in fields or in the back of their parents’ cars, but for the time being we’ll continue to lap this up in tiny rooms in around London.

Whilst we do that, we’ll allow the rest of the world to continue shelling out for the established artists currently unaware of what’s bubbling under the mainstream at the moment.

This was another free gig.

Didn’t get one fucking egg.

All words by Keith Goldhanger. More writing by Keith on Louder Than War can be found at his author’s archive. You can also find Keith on Facebook and Twitter. You may subscribe to the Goldhanger Shorts Facebook page too if you so wish.