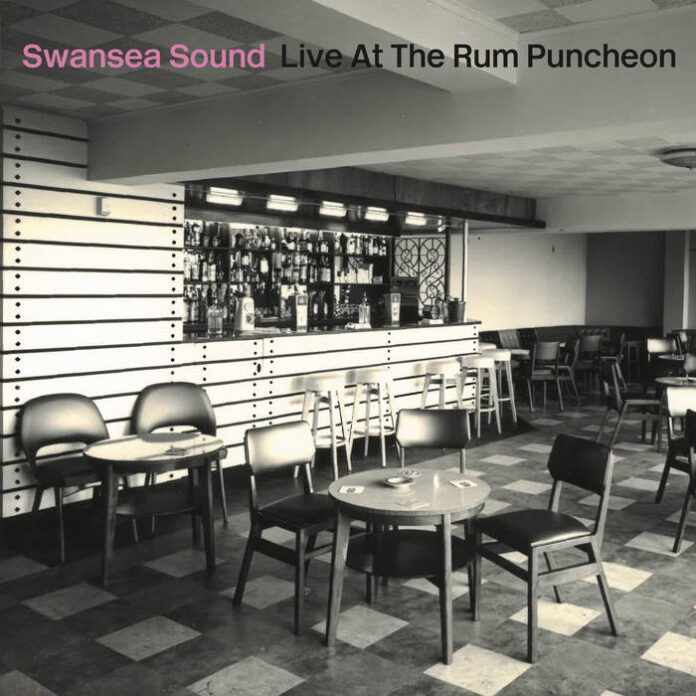 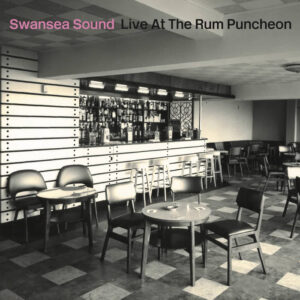 Andy Brown finds the spirit of C86 alive and well with Swansea Sound and their debut LP, Live at The Rum Puncheon. He shares his thoughts for Louder Than War.

What do you get if you cross a bunch of musicians from cult indiepop bands and one worldwide pandemic? A brand new beat combo called Swansea Sound. Formed over lockdown, the band consists of The Pooh Sticks’ vocalist Hue Williams, Heavenly bassist Rob Pursey, Wreckless Eric live collaborator Ian Button and Talulah Gosh and Heavenly vocalist, Amelia Fletcher. Williams and Fletcher have both appeared on Pooh Sticks records while Pursey and Fletcher have played together in Talulah Gosh, Heavenly, Marine Research and Tender Trap. To put it simply, this isn’t anyone’s first rodeo.

On indie forums across the internet, teenagers and middle-aged devotees (and everyone else) discuss what indie really means. Is it even a genre? A simple description of an independent record label? An indicator of jangly guitars and sunglasses? You’ll find everything you need to know on the Swansea Sound debut LP. Live At The Rum Puncheon isn’t a live album and it wasn’t recorded at the pub in question, which closed its doors many years ago. It’s a love letter to indie itself; infused with passion, fun and that great, almost indefinable indiepop spirit.

“I heard The Kinks when I was three” sings Williams over the rush of C86-era guitars on Rock N Roll Void, “That is my earliest childhood memory”. It describes a love affair with music that I’m sure many Louder Than War readers can relate to. From that initial rummage through your parent’s record collection to the first band you played in. While nostalgia is often delivered in somewhat melancholic tones; Rock N Roll Void feels more like a passion reignited.

The band vents their spleen with a splattering of raw, fast and outspoken indiepop belters. I Sold My Soul On Ebay is an unambiguous rant against the cynical profiteering of online music platforms. After selling his soul on eBay, YouTube and Spotify, Williams reassures himself with the fact that he’s earned a hefty, “0.000000000000001p”. The track rattles along with frantic guitars and indiepop spirit as Fletcher yelps for someone to get a doctor. It’s an absolute riot! “We had a plan/ To form a corporate indie band” sneers Williams on the wonderfully wry Corporate Indie Band, “Angst on-demand/ All our emotion second-hand”.

Freedom Of Speech reserves its anger for some pretty recognisable targets. “Every shy man’s best friend/ I was so sensitive then” sings Williams over the indie rock ‘n’ roll rhythms, “well I’m still sensitive now/ but my profiles go down/ oh my life is accursed/ I endorsed Britain First”. Heaven knows who that could be about. Later on, we find Williams sarcastically singing about “rebellion” in the tones of a very well-known punk rocker. Ever get the feeling you’ve been cheated? The track also serves as a sharp, swaggering and brilliantly delivered takedown of every conspiracy-obsessed/ anti-mask/ MAGA supporting, disgruntled rock star out there.

While there’s certainly plenty of vitriol on Live At The Rum Puncheon, the album remains immensely fun throughout. The lovesick silliness of Je Ne Sais Quoi is guaranteed to put a smile on your face while The Pooh Sticks finds William’s paying homage to his old band. The entire record is soaked in that “sweet familiar sound” that the band sings about on the absolutely gorgeous I’m OK When You’re Around. The chemistry between Williams and Fletcher really is the stuff indiepop dreams are made of.

For all its anger, Live At The Rum Puncheon is an upbeat and determinedly optimistic album. Indies Of The World finds Williams and Fletcher calling for revolution: an essential broadcast from the forefront of the indiepop resistance. The band are fighting for the very soul of indie here folks and that battle has never sounded so melodic, catchy and energised. The album is a defiant 35 minute indiepop manifesto fuelled by nostalgia, anger, humour and heart. It’s an LP that deserves your support so get out there and buy it as soon as you can. As the band sing on the aforementioned anthem, what you waiting for?