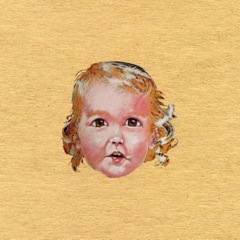 SWANS release a new EP, Oxygen, out digitally on 24 November 2014. Featuring an edit of Oxygen by Mute founder Daniel Miller, a live version from Primavera, an early version recorded at Gira’s home and an acoustic version recorded at StudioMute, the title track of the four-track EP is taken from their latest album, ‘To Be Kind‘, out now on Mute (Young God in N America).
Listen to Daniel Miller’s edit of Oxygen here: https://bit.ly/1zduAdq
Swans recently confirmed their biggest UK headline show yet, at London’s historic Roundhouse, on 21 May 2015 plus an appearance at Drill : Brighton festival on Sunday 7 December. Drill festival, curated by Wire, will include a one-off collaboration between Wire and Swans – full details over at www.drillfestival.com, this appearance follows the Michael Gira / Swans curated Mouth To Mouth festival in Utrecht on 22 November which Wire are also appearing at, full details over at https://leguesswho.nl/
Tickets for the Roundhouse are available from: https://bit.ly/1nZWqQ8, special guests will be announced shortly.
Swans infamous and mighty live performance has been described by the Guardian as “a magnificent achievement”, by The Quietus as “a revelation” and by NME as “colossal”.
In addition, Swans round off an incredible year which has seen the release of their critically acclaimed album, ‘To Be Kind‘, with a vinyl remastered edition of their debut studio album, ‘Filth’, out on 27 October 2014.
‘Filth’ was released in 1983, and was recently described by Clash magazine as “a brutally exhaustive work swimming in a thematic pool of audacious abjection” and by The Village Voice as “no wave with five years of practice, too messy for mysticism and too funny for suicide.” The vinyl edition of ‘Filth’ will come with two reproduction live posters and is the first in a series of remastered catalogue reissues.
Swans, led by Michael Gira, formed in 1982 and, after disbanding in 1997, returned with the critically acclaimed albums ‘My Father Will Guide Me Up A Rope To The Sky’ (2010), ‘The Seer’ (2012) and this year’s ‘To Be Kind‘ – which was awarded the #1 slot in The Quietus’ Albums of the Year So Far and featured in MOJO, Drowned In Sound, The 405, Rolling Stone and many more mid-year lists.
Swans are Michael Gira, Norman Westberg, Christoph Hahn, Phil Puleo, Thor Harris and Christopher Pravdica.
OXGYEN EP TRACKLISTING
Oxygen (Edit)
Oxygen (Live at Primavera)
Oxygen (Early Version)
Oxygen (Acoustic Version)
SWANS – TO BE KIND EUROPEAN TOUR – 2014 / 2015
20 October – Prague, Lucenra Music Bar, Czech Republic
21 October – Berlin, Berghain, Germany – SOLD OUT
22 October – Berlin, Berghain, Germany – SOLD OUT
23 October – Leipzig, Schauspiel Leipzig, Germany
24 October – Cologne, Gebaeude 9, Germany – SOLD OUT
25 October – Hanover, MusikZentrum, Germany
27 October – Hamburg, Kampnagel, Germany
29 October – Dresden, Beatpol, Germany
30 October – Wiesbaden, Schlachtho, Germany
31 October – Karlsruhe, Jubez, Germany
1 November – Munich, Feierwerk, Germany
22 November – Utrecht, Mouth To Mouth at Le Guess Who? festival curated by Swans
23 November – Copenhagen, Vega Main Hall, Denmark
24 November – Oslo, Rockefeller, Norway
25 November – Stockholm, Slakthuset, Sweden
26 November – Helsinki, Tavastia, Finland
28 November – St Petersburg, Kosmonavt, Russia
29 November – Moscow, VOLTA, Russia
1 December – Poznan, Eskulap, Poland
2 December – Gdansk, Klub B90, Poland
3 December – Warsaw, Basen, Poland
5 December – Athens, Votanikos, Greece
6 December – Thessaloniki, Bloc 33, Greece
7 December – Drill : Brighton curated by Wire, UK
8 December – Nottingham, Rescue Rooms, UK
27 January – Tokyo O-East, Japan
28 January – Osaka Club Quattro, Japan
21 May 2015 – London, Roundhouse, UK