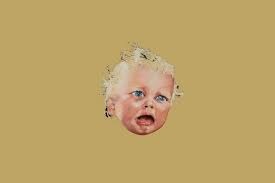 It starts with Thor Harris – hirsute, industrious and enigmatic behind his array of hittable objects – battering away on a gong for a few minutes. Slowly the other musicians assemble and add to a growing organism of noise, like a fast-forward film of enlarging embryo. Cult-leader Michael Gira takes centre stage, gives the merest glance towards the audience as if to check they’re ready and consenting before turning towards the drums and commencing the shamanistic ritual which nowadays constitutes a Swans gig.

The new album To Be Kind is treated, as are all Swans albums, as the merest template. The Godzilla-stomp funk of A Little God In Our Hands thuds out early on, but Oxygen is slowed down to a dense grind, amoeboid blues conducted at colossal gravities. It’s early in the tour, and much of the set seems to be improvised, with Gira in intermittently fractious mood, scurrying across the stage and waving impatiently at his fellow musicians, even somehow instructing drummer Phil Puleo what beat to play. It gives the evening a slightly tetchy, exasperated air, although it may well be that an atmosphere of tense tightrope-walking is a rich fuel for the band. Ditching his guitar, Gira commences a spasming dance in the manner of a lunatic attempting to conduct the atoms in the air – which perhaps he is. Bassist Chris Pravdica provides a impressive bedrock while old hand Norman Westberg, looking more Amish than ever, chews wisely from side stage and like a calving glacier casually wrenches out mountainous bursts of noise from his guitar. Besuited lap steel maestro Christoph Hahn exudes a vaguely debauched elegance, responding calmly to Gira’s wilder ministrations and showing no reaction when Thor Harris begins waving a trombone inches from his head. These, after all, are routine considerations.

Frequently the vocal mantras collapse into thumping Sisyphean pulses of a single repeated chord, stretched out beyond the limits of all normal musical tolerance. Plugging into moments of brutal infinity like this the band could well be back in their monstrous 1980’s phase, hammering out Clay Man or Raping A Slave. These days though there’s a warmer, more creative feel to this approach, with the audience carried up rather pulverised. The set ends with what seems to be an improvised new song, with Gira shouting about black holes while lunging towards Hahn and gestruring wildy for more noise. A brooding, demented Zeus creating and recreating endless big bangs, Gira and his Swans are an unmissable spectacle.