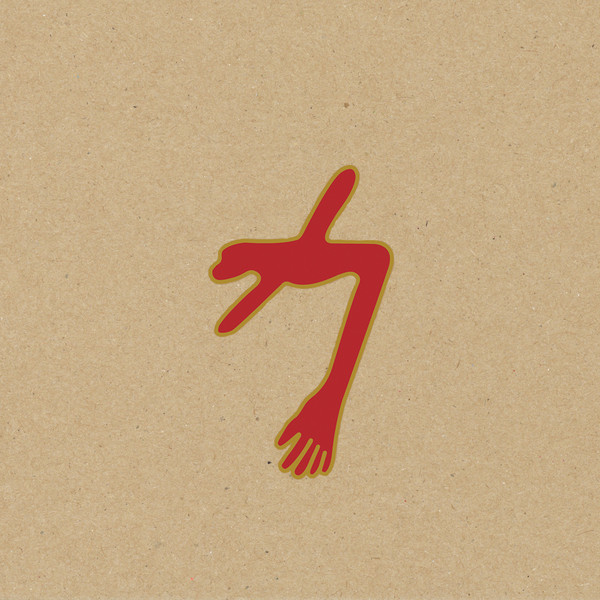 So, all good things come to the end.

Where Swans go from here no-one can really speculate but there is an end here.

A real sense of finality.

This is a juddering and enormous full stop to this incredible four album journey that began with My Father Will Guide Me Up A Rope To The Sky in 2010 and saw the return of Swans as purveyors of a rock music at the final furthest edge of the universe.

Each album was a huge work to get lost in and each album dared to go further into a heart of darkness. The Glowing Man ebbs and flows and has some of the familiar hallmarks of this period of Swans like the swelling guitar dissonance, the almost classic, brooding, sinister swells of sound like on the 25-minute Cloud Of Unknowing.

Some of those hallmarks of their sound are still here like Thor Harris’s percussion and chiming bells that turn up here and there, the tracks build up to stunning dizzying climaxes and that disconcerting air of unease and emotional skree are still embedded deep into these songs that grapple with the powerful intoxicant of love – the real love, that love that can make the heart feel beautiful or terrible things and not the saccharine snog of pop music.

The Glowing Man still sees those long pieces that typify the current phase of the band, there are songs and pieces that last up to 20 minutes, transcendental drones that seep darkness, spirituality and the human condition and the electricity of emotion of the magnetic madness of love with a hypnotic endlessness more than ever before.

Musically there is a change – the spectral, haunting drones dominate and are built around Byzantine chats, droning strings or the ooze of washing sound slip sliding from one place to another that is absolutely stunning. The new material oozes and ebbs and flows like The Seer times one hundred, this is real end of times stuff.

The heavier grooves of the last albums seem to have gone, leaving almost ambient washes of sound that wash over you, with Gira crooning his muezzin blues over the top – it’s fantastically compelling.

Swans are a challenge and that is part of their beauty. This is certainly not music for the light hearted. Of course it’s not the unrelenting uber pounding of their early days – a heavy music made in the broken heart of early eighties New York City – an unintending reflection of the urban nervous breakdown of their home city – this is an album of reflection and wisdom played out over a musical wash, songs of love and fury at their most diverse and stretched taut.

The final album before a new Swans appears, a new Swans talked about Gira with a floating line up and less touring, is a wash of sounds shimmering on the landscape and is dripping with a near orchestral beauty as it deals with they dark and difficult with an abrasive honesty. An abrasive honesty that can be awkward and uncomfortable like on When Will I Return? a track that sees Michael Gira’s wife Jennifer sing about her own experience with assault in stark and very exposed terms as she delivers the lines, ‘His hands are on my throat/My key is in his eye/I’m splayed here on some curb/Shards of glass—a starry night.’

The song, which is stark and sparse, is of course terrifying and a glimpse into the brutality of random and pointless violence of men to woman. It is also, despite the song itself being written way before the much publicised accusation, an unintended and uncomfortable reminder of the still unresolved and much denied by Michael Gira supported his wife, of the rape allegations made by singer-songwriter Larkin Grimm against Gira himself that were flashed across the internet in February.

Gira is never one to flinch away and the album itself goes deep into the heart of darkness of the human condition and does it with a soundtrack that knows no restrictions, it builds and builds and explores just how glorious an album can be. It breaks out from the poxy restrictions of style and the rules of creativity. Sometimes you are listening with the headphones on full blast an you think, ‘where the fuck am I!’ or ‘how did I get to this part…’ there are no easy reminders to bring you back down to earth – this is a no holds barred adventure that takes off like a rocket before coming almost back to a musical earth on Frankie M a song that has a chord sequence and a beat and lyrics before it to dissolves into another humungous droning trip.

As ever with Swans it’s hard to find context, this music is so out there, so restless and so powerful that it’s these cross dissolves and these climactic drones that make it so compelling and it The Glowing man takes longer ton get into than any other album they have made then the reward is all yours as it their masterpiece – an album that leaves you exhausted and bathed in sweat when you listen to it and emotionally and physically turned inside out.

And what higher recommendation can there be for an album?