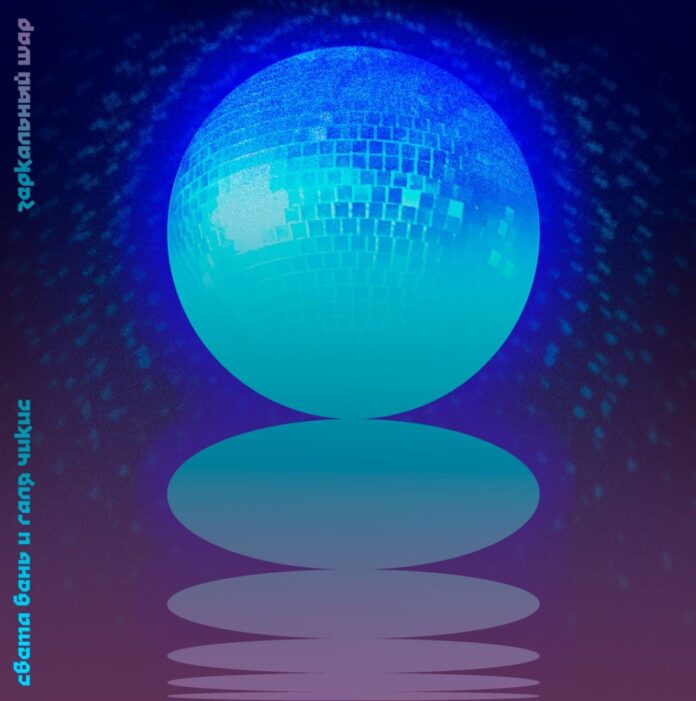 A soft and sometimes unobtrusive pop song, held together by a gentle melody. What’s not to like? The track – the first from a forthcoming collection of songs – is a collaboration between Minsk-based singer Sveta Ben of new Belarusian wave band, Serebryanaya Svadba (aka Silver Wedding) and her compatriot and fellow citizen of Vitebsk, the electronic musician, Galya Chikiss.

This track is a step away from what others have described as Serebryanaya Svadba’s ‘freak-cabaret’. Here, banjo, double bass, trumpet, violin, concertina, washboard and drums are swapped for the battery of keyboards and electronica found in Chikiss’s Berlin home studio.

Ben’s clear voice sometimes duels with an array of thick, rich keyboards sounds; some of the keys have that soft snowfall quality that you often hear with Ulrich Schnauss. At one point I would forgive older listeners if they weren’t transported back to their bedrooms as they listened to Bronski Beat.

Yes, it sounds nostalgic which I suppose isn’t surprising given both artists’ predilection for romantic sounds, though the track allows itself some mild raving in the last minute or so. On the whole it’s a really catchy, reflective pop song with a considerable hinterland and some melodic passages that stick around in your brain. Of course, given what’s going on in Belarus, some of the lyrics (when not eulogising the beauty of a mirror ball) offer other perspectives.

The duo are to play concerts in Moscow and St.Petersburg on the 25th and 26th December.