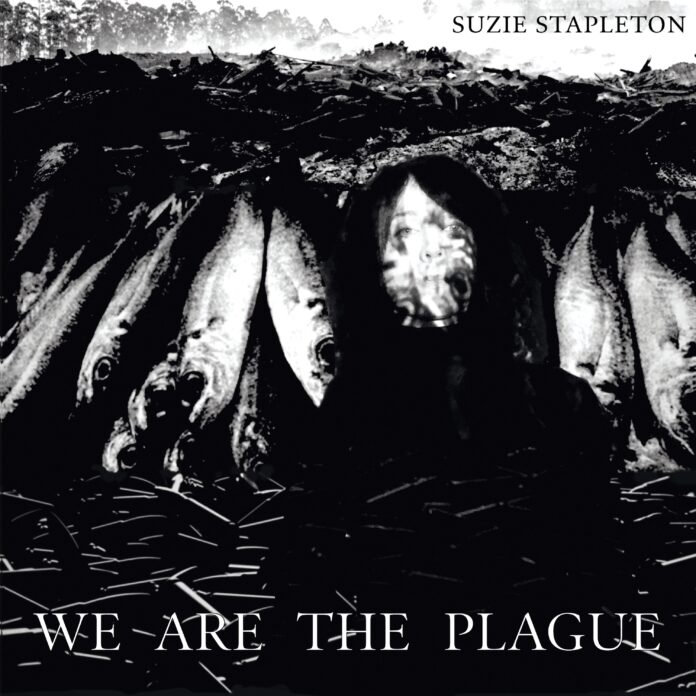 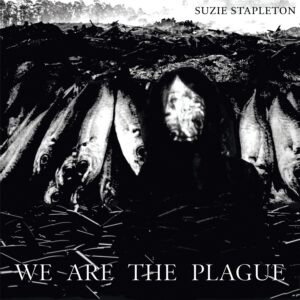 We Are The Plague

Suzie Stapleton lives up to her huge promise with We Are The Plague, a dazzling debut album of gothic guitar rock, infused with the primal spirit of the blues and gospel.

On the attention-grabbing first page of Will Christopher Baer’s neo-noir 1988 novel Kiss Me Judas, a man wakes up after a one-night stand to find he’s lying in a bath full of blood and ice, with a hand-written note advising him to call an ambulance. He’s already missing the beautiful girl with the red dress, black hair, and “body like a knife”. He’s also missing one of his kidneys.

Listening to her threateningly titled neo-noir debut album We Are The Plague, you get the feeling a nocturnal encounter with Suzie Stapleton might end up the same way.

She seduces as she threatens: an iron fist clenched inside the warm embrace of her velvet glove, singing smoothly, seductively, to lure the listener in – but before long she will break into a primal bluesy roar that pierces your very soul. Her guitar playing follows the same pattern: gentle and melodic at first, a pretty latticework to decorate the lyrics before becoming a blizzard of distortion, notes bending and sustaining and disintegrating, somewhere between the harmonics of Duke Garwood and the brutal fuzz of Thurston Moore. Her lyrics, meanwhile, are filled with ominous premonitions and biblical allusions to burning effigies, rising waters and sins being washed away.

It’s the sound of contagion; the sound of the apocalypse. And, like Phineas Poe in the novel, who can’t let go of the girl who stole his kidney, you know you’ll be back for more.

An Australian transplanted from Melbourne to Brighton five years ago, Stapleton has been building a cultish reputation here through a series of EPs, singles and support slots with the likes of Mark Lanegan, Mick Harvey, The Church and Jim Jones & The Righteous Mind, recording with Lydia Lunch and contributing to Gun Club tribute The Jeffrey Lee Pierce Sessions. Not to mention strong support from Louder Than War, ever since Gus Ironside’s first rave review of her supporting Mick Harvey in Glasgow soon after her arrival in 2015.

Her debut album, self-penned in a bare-bones empty house in Brighton furnished only with a bed and Freecycled fridge, and self-produced on an old laptop, features a tight trio of Stapleton (vocals, guitar, occasional piano and violin), bass player Gavin Jay (Jim Jones & The Righteous Mind) and drummer Jim Macauley (The Stranglers), embellished on three songs by cellist Gareth Skinner, contributing long-distance from Melbourne.

“When I began writing for this record I was thinking a lot about all the challenges we face as a society – the degradation of our environment, the growing chasm between rich and poor, the petty politics ruling and failing us all,” says Stapleton, who recorded the drums and bass of Jay and Macauley in an Oxford studio, adding her guitar and vocals later at home in Brighton.

“In a very short period of history we’ve drastically changed our ways of doing things, becoming increasingly focused on ego-driven ventures and short-term financial gain that is causing the collapse of the ecosystems we rely on to live. We’ve lost our connection to our spiritual selves, our communities, and our connection with nature.” 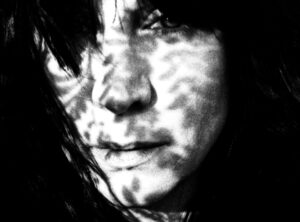 Back in early January – just six world-altering months ago – Stapleton had a meeting to discuss the artwork for her recently completed album We Are The Plague. ”I hope a deadly pandemic doesn’t sweep across the globe before it’s released!” she joked. Little more than a week later, coronavirus started hitting the headlines. No wonder she called her label Negative Prophet.

After a hauntingly nostalgic prelude of waves crashing and voices at a funfair, evoking those distant days when we would gather outdoors by the seaside, a bass begins to rumble ominously. “We are the plague,” sings Stapleton, unleashing a peal of electric guitar, and setting the tone. “We are the execution.” It’s an aptly apocalyptic introduction to an album that lays bare her soul in a dark and haunting premonition of what was to come.

Shot through with fear and anger, it’s a soundtrack for our time, by turns propulsive and melancholic, blending the spirit of Patti Smith and PJ Harvey with the soul of Nick Cave and Mark Lanegan. The title track builds to a crescendo with Stapleton breathlessly reciting a stream-of-consciousness lyric like Patti Smith in Land, repeating her mantra-like refrain – “We are the plague, we are the infection” – as she attacks her guitar with ferocious abandon.

The slow-burning Blood On The Windscreen, previously previewed and reviewed here, crackles and burns with bold defiance; Thylacine, another recent single released just as the bush fires swept through her homeland (and raising money for disaster relief), broods with a menacing sadness, using the plight of the Tasmanian Tiger, hunted to extinction a century ago, as a metaphor for the looming threat of environmental disaster.

Don’t Look Up shimmers like a flickering candle by an open window, the scrape of fingers on fretboards adding to its raw nakedness, her voice dropping an octave to conjure the ghost of Mark Lanegan. The River Song, by contrast, is pure delta blues in inspiration; pure gospel in execution – Stapleton singing a capella of her sins being washed away as flood waters rise and she flows to the sea while the wind whispers her name, accompanied by nothing but the occasional thump of a drum.

Angels Speak, meanwhile, is an unutterably tender ballad adorned with pearls of electric guitar and shimmering harmonics, Stapleton unveiling a fragile vibrato as she stretches her voice into soulful new realms around lyrics filled with biblical references – echoed on the closing Negative Prophet – reminiscent of her fellow Brightonian Nick Cave’s more recent excursions into melancholia.

The album closes, poignantly and presciently, with the layered production of Negative Prophet, concluding with the fittingly poignant question: “Oh God, do you believe in me?” It’s an apt climax to a record that is not merely the perfect album for this terrible year – it may also be the album of the year.