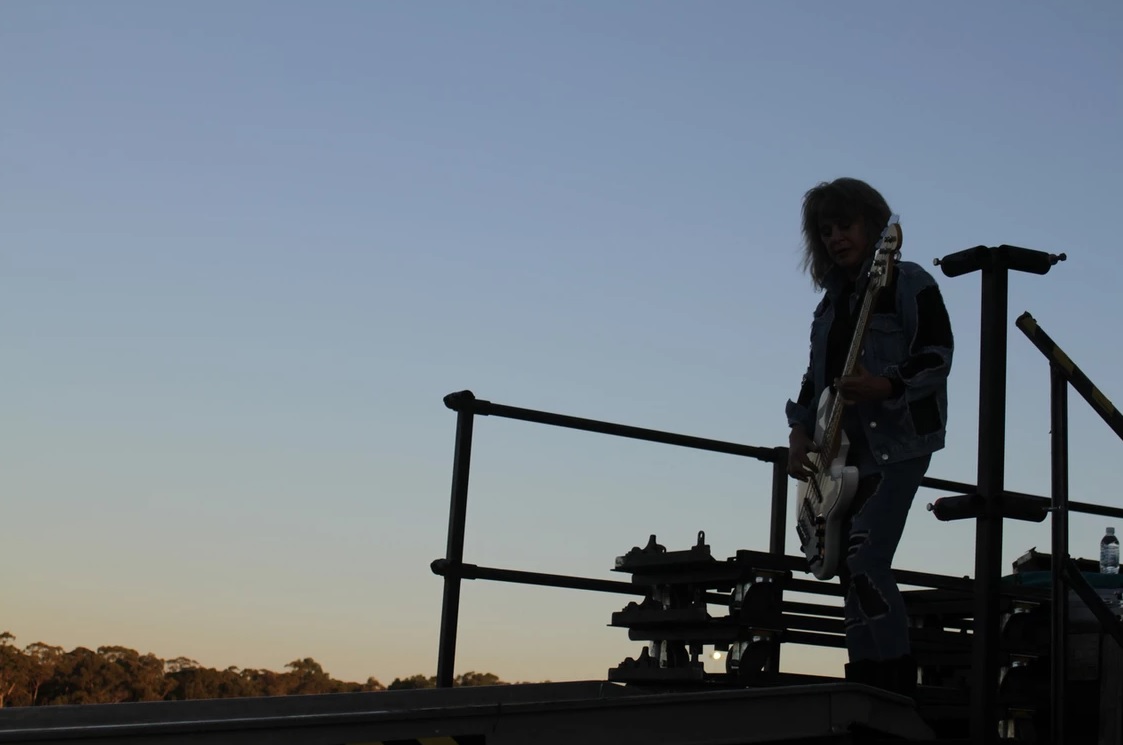 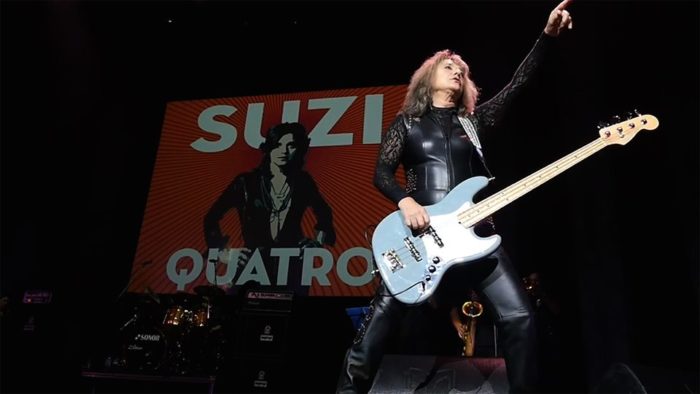 Suzi Q, the new documentary about the life and career of Suzi Quatro, is due to hit cinemas in the UK next month. The film, directed by Liam Firmager, will chart the 55-year career of the Detroit rocker, who became the first female bass player to become a major rock star, breaking a barrier for women in music.

Relaxing in her Essex home – an enormous Elizabethan mansion which she bought in 1980 – Quatro reveals that she is more than a little apprehensive about seeing her life on the big screen. “I’m feeling very nervous”, she laughs – nervously.

“I was a stickler for truth on this project, I was all the way through. I said that whatever’s in it, even if it’s uncomfortable, I’m okay with it if it’s truth.

I said to Liam that I don’t need talking heads saying how wonderful I am, that’s not the point of a documentary.” [Although Tina Weymouth and Chris Frantz do just that in the film] “Anything that I had doubts about, it answered itself, which is what Liam said it would do.”

Quatro, 69, began her musical career at the age of 14, leaving school to go on the road with her sisters in her first band, The Pleasure Seekers.

She was discovered by British producer Mickie Most in 1971 and moved to London that year. It would be two more years before her breakthrough single, Can the Can, topped charts around the world. This was followed by a string of hits throughout the rest of the 70s including 48 Crash, Devil Gate Drive, Daytona Demon and If You Can’t Give Me Love.

The move to England brought Quatro success, but at a great price. Suzi Q explores the strained relationship with her sisters after Suzi left them to pursue a solo career – a relationship that still has unresolved issues. “They have been interviewed, the cameras were rolling and they have answered what they feel is the truth, which is fair enough”, states Quatro when I ask her about her sisters’ inclusion in the film.

“Maybe when they see my interviews in the film, they will start to see things a little bit differently. Patti and I have resolved a lot, but whether or not she totally loses that jealousy, I really can’t give you that answer.”

For Quatro, the hardest part of the film to see back was when she was asked what she would say to her younger self. “Every time I talk about it, I cry my eyes out. There is a chunk that you leave behind; you say goodbye to a lot of things, because you have to. That’s the cost of fame. I don’t know if everybody does it, but I don’t know if everybody has the kind of devotion that I do.”

Previews and UK screenings for Suzi Q are as follows.

Suzi Quatro will attend selected dates for an on-stage Q&A and signing session:

Find more articles by James Nuttall at his author’s archive.