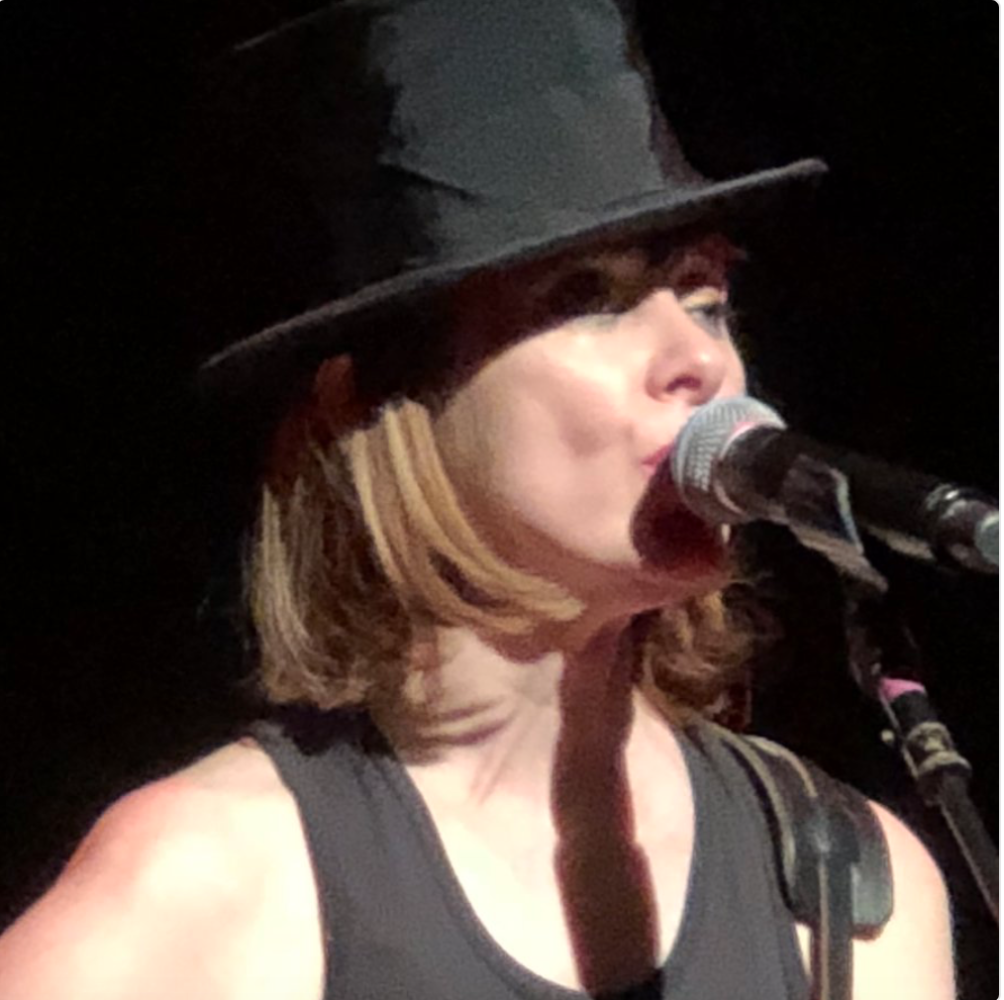 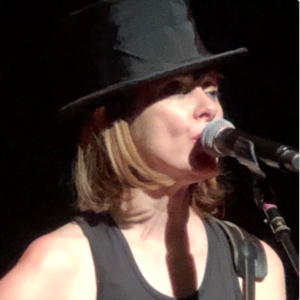 I first met Suzanne Vega in 2015 whilst I was on jamming after-show duties in a pub behind the mainstage at The Isle of Wight Festival.  It came at the request of the festival’s promoter, the ever-charismatic John Giddings. “Tim, come and play a song for Suzanne and Gerry”.  This, of course I did, launching into an acoustic rendition of my single ‘The King of Soho’. It was a surreal moment in my journey through music.  Vega’s work, particularly on ‘87’s Solitude Standing and ‘92’s 99.9F had been a huge influence on me when I started writing songs.  What I presumed would be a fleeting impromptu moment of playing to one of my musical heroines turned into a gradual transatlantic conversation and friendship after we both realised that we had a lot in common – a theatrical heritage, estranged fathers, a love of Francis Bacon and the fact that we both lived on Frith Street in Soho during extremely creative periods of our lives.  Since then, I’ve managed to catch Suzanne in concert on half a dozen occasions, each time with the one-man guitar orchestra that is Gerry Leonard (who Bowie fans will know as the former musical director for our dear departed Thin White Duke).

It thus became a destined highlight and must not miss opportunity for me to see Suzanne perform with her full band in The Big Top at this year’s Beautiful Days festival.

There are few artists who can open a show acapella and after only one verse have the entire audience sing along in tune and in time.  Tom’s Diner established a holy communion between the singer and the packed tent in less than 30 seconds, a timeless melody that bonded everyone present, underlining the arrival of an exceptional artist at the only festival in the UK that doesn’t need to advertise to ensure an annual sold out event.  Beautiful Days sells out by never actually ‘selling out’.  And part of that is down to the curation of the acts that perform.  It’s a people’s festival and Suzanne’s show initiated the enchantment with my first experience of Beautiful Days.

The calibre of musicianship doesn’t really get any better than this either.  As soon as drummer Doug Yowell and bassist Michael J Vicseglia launch into the rhythmic dual at the top of Luka, even to newcomers of Vega’s mysterious minstrelsy, you knew you were listening to a classic artist deliver a first-rate performance of songs that have over time, become part of our collective musical consciousness. By the time Gerry Leonard lets rip across his sensitive yet colossal, epic sized guitar solos, it becomes apparent that all the majesty of a Royal Albert Hall show has been smuggled into the magical Devonshire countryside like a musical Trojan Horse.  The compositional architecture and daring chord structures of a song like Iron Bound/Fancy Poultry takes my mind back to Jane’s Addiction’s Three Days or any of the sombre tracks from Peter Gabriel’s So.  There’s almost a ritualistic undercurrent to a lot of these songs that makes them feel spiritual.  Lost in the moment of hearing songs I have listened to for years performed live for the first time by a band did make me wonder if this explorative approach in the space and scale of song-writing might be ripe for a revisit in the current climate of simple mono-tonic based song-writing. It feels as if Suzanne, in the late 80’s, was picking fruit from the same tree that Gabriel, Sting and Kate Bush were all using to make their homemade concoctions from.

Most stunning of all though, is the singer and her voice.  I’ve never heard a vocalist with such expert control to use air in order to punch a crowd with a melody, while all the time, the technique remains invisible and the intention of the writing is what soars straight into the hearts of all who listen.  It’s an actor’s talent, and like all the best actors, it’s impossible to see the acting. As part of a tour that seemingly never ends, Suzanne Vega remains one of the most important songwriters of the last 30 years.  In perfect melodic symmetry, she and the band finish with a full band arrangement of Tom’s Diner, the audience returning to the state of hypnosis that triggered the start of the show. It’s a sublime and perfect moment to the end of the first headline act of Beautiful Days, and as all the faces around me appear elated, begging the artist for more.  A model presentation of theatrical programing comes to an end, with Vega smiling as she bows with the band.  She’s gave Beautiful Days an auspicious start and proves she is still, for music fans, an athlete of the heart.