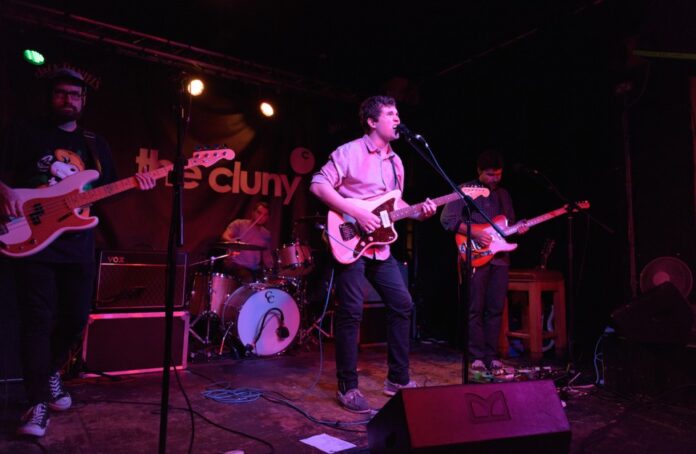 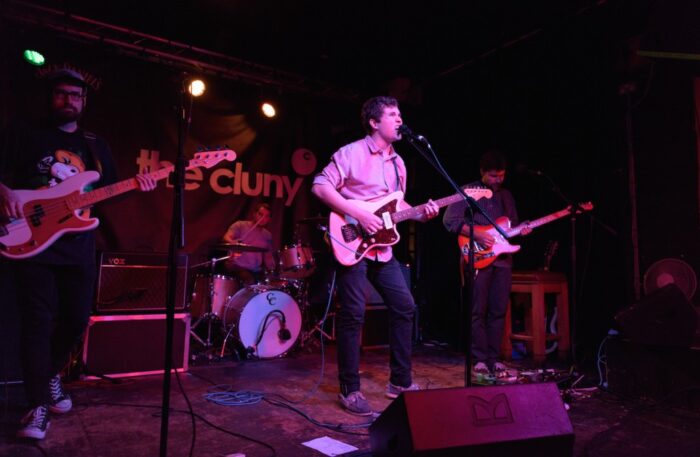 The incredible Surfer Blood bring the party to Newcastle as they whip tonight’s crowd into a frenzy, with their versatile sound.

Surfer Blood have finally returned to the UK, and we’re overcome with excitement at the prospect of seeing one of the finest live bands around. First up for us though are the highly energetic Eternal Summers, who are on their first tour of Europe. They have an insatiable energy, it’s hard not to be enthused by them.

Their upbeat, exciting brand of indie rock really helps too, with ecstatic hooks and Nicole’s brilliant vocals. The only thing we’re struggling with is the inter-song patter that is delivered at one hundred miles an hour making it almost impossible to understand. However, I’m sure we can forgive them as they kick things off to a flying start.

The enthusiasm continues into Surfer Blood’s set, as they bound on to the stage full of excitement for a Sunday evening. Its an emphatic opening with a slew of older tracks that have this crowd quickly whipped into frenzy, as they bring the party atmosphere with the crowd singing back every word. 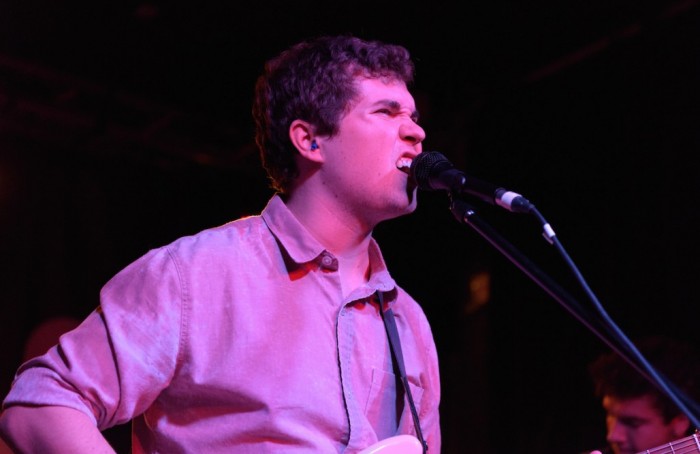 The band seem overwhelmed with the response to tonight’s set but it is wholly deserved, their eagerness has truly rubbed off on the crowd. As vocalist John Paul breaks free from the stage hanging off the balcony, the crowd lap up his feats as he towers over them they all gaze on starry eyed.

Even the newer tracks are greeted with a similar raucous response, from the atmospheric brilliance of Grand Inquisitor to the laid-back vibes of Island. Their set has it all, unlike many of there contemporaries Surfer Blood’s sound is much more varied. From the New Order-esque Swim, to the slacker vibes of I Can’t Explain.

Tonight’s set has confirmed Surfer Blood’s are one of the best live bands around, their versatility and passion is infectious. We just hope its not too long before they grace our shores again, as we’re left desperate for more!