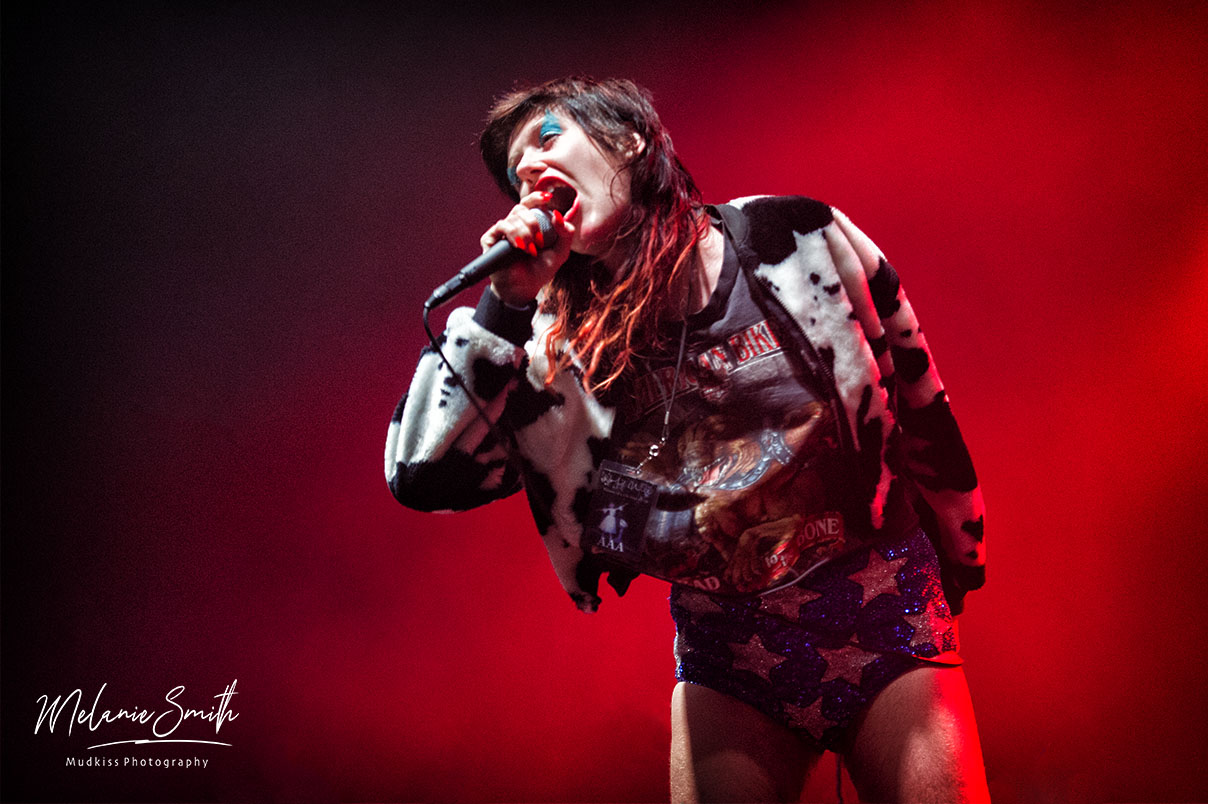 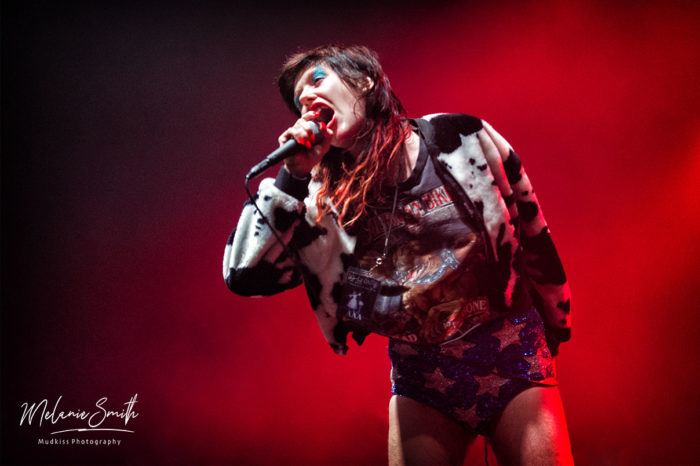 Louder Than War’s Melanie Smith snapped Surfbort recently when they supported Wolf Alice in Manchester (above). Keith Goldhanger suddenly remembered this band from last year and was going to see them play a headline show in London anyway so we got him to tell us what he thought.

Opening band Ditz have a vocalist dressed up in a fetching Santa outfit. Once the vocals arrive one can’t decide for sure what the gender we’re enjoying entertaining us is. This is 2018 and we’re not required to come to a decision about this so we’ll mention the tunes. Fast, loud, pinch you in the face then punch you in the mouth noise. They might look like Faerground Accidents but they sound like Girl Band. Listen to this one minute thirty seven seconds of greatness.

This is a good introduction to the five piece and a great beginning to the evening. Another evening when we only popped in for a pint, hear a few tunes but not to go home and start wring about. There’s Christmas shopping that needs doing but yet again we’re struck by the curse of the Shacklewell Arms. The plan being to have a quiet night out sitting in the corner of the pub, listening to Joy Division being played over the speakers, reading the Standard, failing to complete the crossword, trying to figure out the differences between everyone’s reactions caused by drones flying over Gatwick denying little Tarquin the experience of a trip to Lapland (*Spoiler alert – Santa is one of the first of many untruths a child will be told) and drones being controlled from the UK bombing the fuck out of the middle east?  This is a regular midweek experience available to many of us here in this large city (the subject of drones finished one sentence ago) that also so involves supping expensive ale and then entering the back room to tap our feet for an hour or two.Going home bouncing with joy at the realisation that next time we see the headliners it’ll probably be in a bigger room for over a tenner wasn’t on the agenda tonight but this is The Shacklewell Arms and this place has a habit of turning a pint and a song into a sleepless night putting some words together.

Dry Cleaning we’d seen before but couldn’t remember where. This time they were great …And the Native Hipsters anyone? Crass? Sonic Youth’s Tunic (Song For Karen)? Or even that song about the man stuck in a tree made by some Belgians that Peel used to play loads of times around 1983

It’s the odd story telling vocals that make this band as original as 1980’s heroes that sang about Concord flying past again which is a decent enough comparison you need to be aware of if you have a memory that stretches out this far. This band are much much better than that though. Grab Dry Cleaning’s album here (we have).

Surfbort are the band the back room of The Shacklewell Arms was made for. They’re a 1981 style decent punk rock band with decent tunes, fast songs, no bass and the band that everyone over 50 in a  punk rock band think they sound like in their own heads but don’t. They’re better at this than Amyl & The Sniffers who visited us recently and appear to be the kind of people just starting to come to terms that they’re actually over here in the UK as opposed to a stinking damp squat somewhere on the outskirts of any of the out of town dives spread across the US.

‘Stay around for Wolf Alice ….’ they say mockingly a few moments before losing the mike in the mosh pit and screaming ‘Where’s my shit!!!’ as soon as the two parts of the microphone are reconnected and throwing themselves into ‘Hippie Vomit Inhaler’, an instant classic and another big moment to remember amongst many others that some of us have witnessed inside this venue.

When this band first came to our attention, the idea that they would ever make it out of the USA wasn’t even considered. They’ve been here supporting Wolf Alice (reviewed here) , purchasing tacky tourist T-Shirts, scaring the headline bands fans, playing large venues and preparing for another visit in the new year.

Three bands, a free gig and another classic night out in The Shacklewell Arms.

This is that song again. Go and see them if you can get in.

Other people can write about them now – we’re going straight to the front next time.