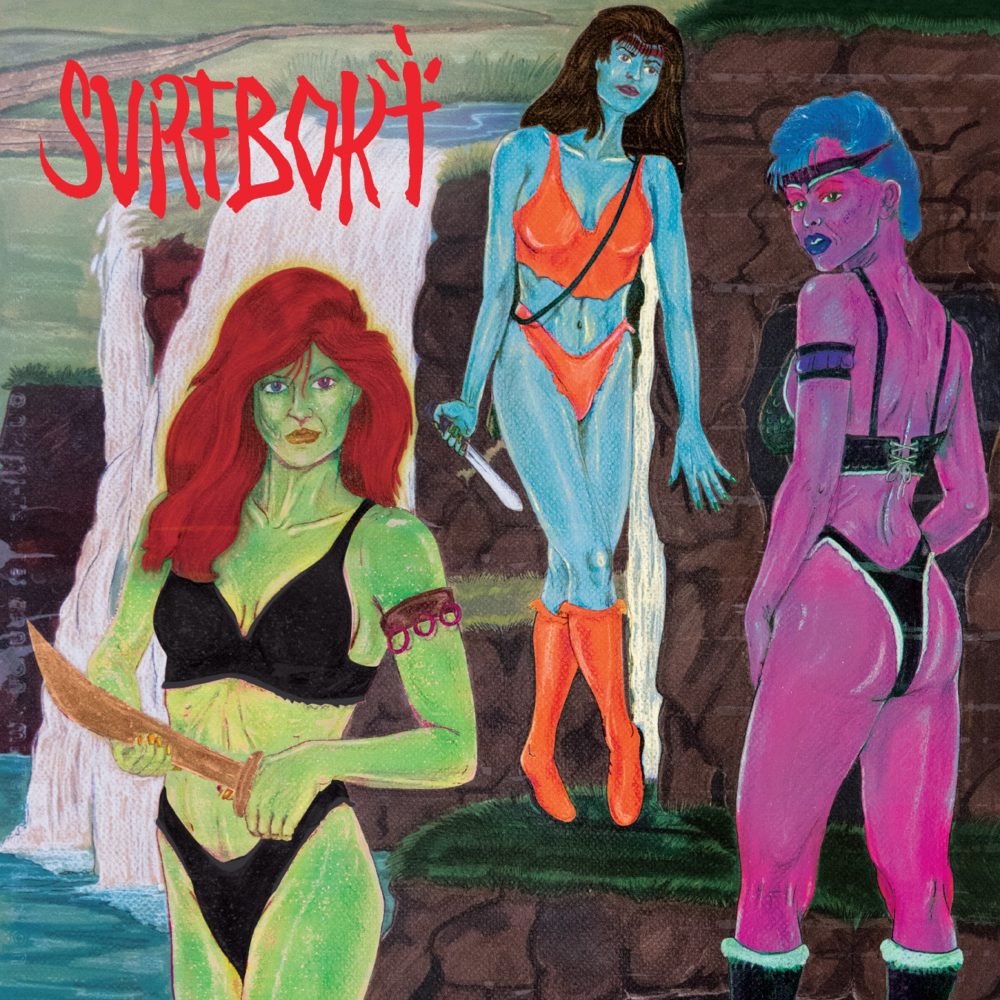 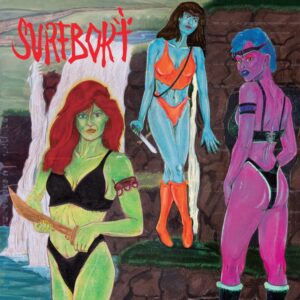 Brooklyn-based thrash art punks put out their first album amidst accolades from some of the great and good glitterati of the past and present punks. But does it live up to the hype?

When an album by a new band drops amidst press releases and Guardian pieces that scream “Signed by Julian Casablanca!”, “Adored by Blondie and The Black Lips!”, okay, I can already pretty much guess what’s going to come out of the speakers, but that hit of hype immediately puts me on the defensive. Looking into the band though, they certainly have some great pedigree behind them, and this debut album from Surfbort is a wild ride of ripping and gnawing thrash punk. Released at the end of last year on Casablanca’s label Cult, the album was picked up for wider release by Fat Possum. It’s now getting a UK release, just in time for the summer.

Current single Hi Anxiety kicks off the album, bringing to the fore a modern wailing banshee that is clawing its way to the surface with guttural screams. “I don’t know what the fuck to do!”, it’s an opener that sets the scene for an album that tries to works its way through modern societal ills in search of what is causing such a mind fuck of anxiety (animated to glorious effect in one of the most insane videos of recent years!). From the environment (Trashworld) and planetary destruction (Burn) to the vapid need for self-validation through the void of social media (Feed, Selfie), all fall under the vitriolic gaze of singer Dani Miller as she brings everyone together in unification. She’s also not afraid to look inwards, such as on the wonderfully lo-fi Dope, which deals with her own addictions.

However, on Friendship Music, it’s not all negative, not by a long shot! Their idea of ramping up the aggression to let all the frustration out in order to focus on the positive comes across in spades. 45 sticks up two glorious fingers of resistance at Donald Trump (“Tweet tweet tweet you tweety bird…you pussy-grabbing pedophile”). It’s a song that will no doubt unite many in their audiences with the chance to rant and rave in unison. Sunshine, while starting out focusing on the ills of government, quickly falls into a love song that “washes away the pain”.

Surfbort are brash and abrasive, but with each listen, their message comes through more and more. Going right back to their album opener, there’s hope. “All you are is what you are. You can’t be more you can’t be less.” A refreshing message in today’s cracked black mirror obsessed society. Through the album, they switch up rhythms and flit between speeds in the same song, adding anger to the caustic and light to the and hopeful lyrics where necessary. On their debut, they rip through the 17 songs with rebellious abandon. It’s a strong opening statement from a band that will no doubt light up festival stages this summer. Hype aside, they are definitely ones to watch!

Watch the video for Hi Anxiety, and listen to the album in its entirety below: