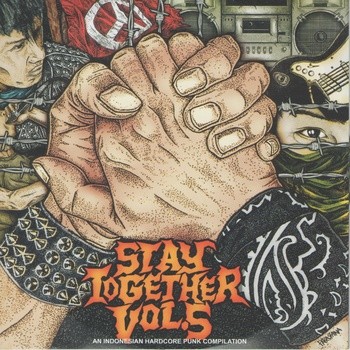 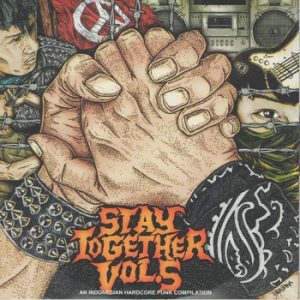 Louder Than War reported upon this at the time; you may recall that in early December 2011 sixty four music fans at a punk charity concert in Banda Aceh’s Tamen Budaya Park (Indonesia) were violently arrested by the Shari’ah Police. They were not (and cannot) be charged with any crime but were forced to undergo “religious education” which included their heads being shaven and forced into the lake to bathe.

The Police Chief responsible was quoted as

The presence of the punk community is disturbing, and disrupts the life of the Banda Aceh public. This is a new social disease affecting Banda Aceh. If it is allowed to continue, the government will have to spend more money to handle them. Their morals are wrong. Men and women gather together, and that is against Islamic Shariah.
We will keep conducting raids until they’re all caught, then we’ll bring them for re-education here. Aceh is a Shariah region. Everyone should obey it and the punk community is clearly against Shariah. This training will be an example in Indonesia of the re-education of the punks

The religious police have threatened a continuation of arrests and re-education against the punks “until they are better.”Â When questioned about the targeting of punks due to their cleanliness the Police Chief justified the actions by drawing a distinction between them and “the clean punks that exist in different classes.”Â Asked why the police aren’t then targeting the homeless he stated “there are no homeless in Aceh, there are only punks.”Â 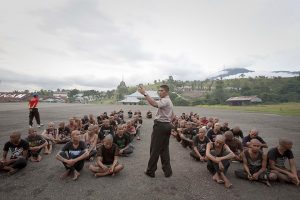 The Governor of Aceh has denied that the punks were even arrested saying, “the truth is that police are helping them develop (their skills).”Â

Human Rights Watch have pointed out the multitude of ways the authorities have abused the rights fo the detainees including the violation of freedom or expression and not receiving proper legal treatment. They are understandably concerned that this treatment will continue unless the case is processed legally.

As the punks involved stated “What did we do to deserve arresting? We didn’t steal and we didn’t bother anyone. The punk community in Banda Aceh is not involved with criminality. So what’s the crime that justifies us being brought to this camp? This country hasn’t yet made it illegal to express yourself, right?” 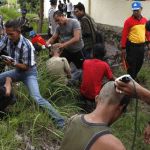 I an effort to support the punks of Banda Aceh tenzenmen records have put together a compilation CD – the ”ËœStay Together’ compilation CD exemplifys the support the punks show for each other, in Indonesia (where the bands are from), in Australasia (where all the record labels involved in the release are from) and across the world (where the punk community has come together to help). The aim of the release is to raise funds to help the punks of Banda Aceh legally represent themselves, as such it is imperative that as many people as possible buy the release.. The CD is just AU$7.50 postpaid; thats just over Ã‚Â£5 or $8 – will be a slight increase for overseas P&P

As part of this community, tenzenmen offers this release with 50% of physical and 100% of digital sales going to help the punks in Aceh. Available via mailorder and digital download at www.tenzenmen.com