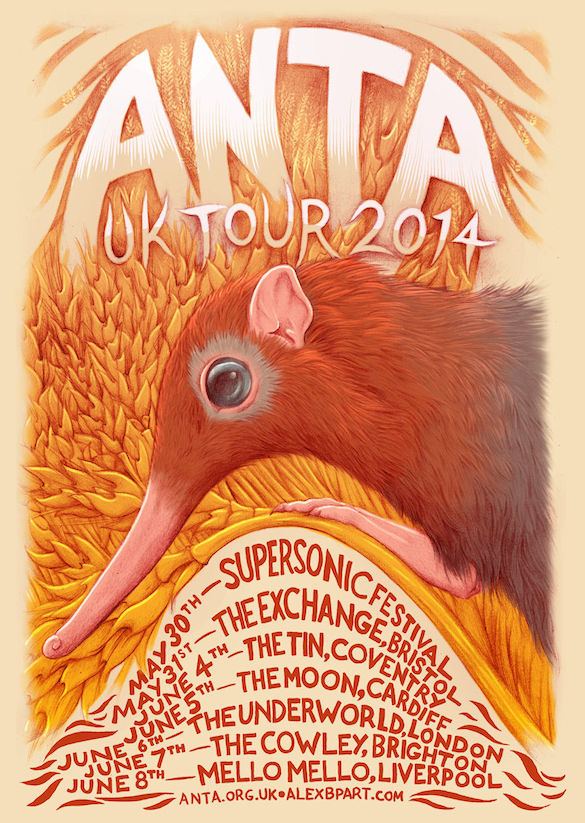 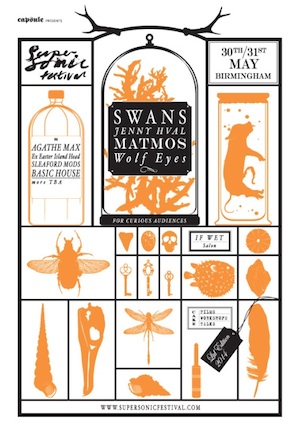 Supersonic Festival is coming back to the heart of Birmingham at the end of May, with another stellar lineup. However, with a reduction in the number of tickets available and only two weeks till it kicks off, if you want to go along you best book NOW. Full details about Supersonic Festival, and about a tour by Louder Than War favourites, doom proggers ANTA, can be found below.

Supersonic 2014 may be dubbing itself a “limited edition” version of it’s usual self due to the slightly smaller lineup than in previous years, but the lineup for the festival, taking place on the 30th and 31st May, is still mighty impressive, featuring, as it does, some of the best live acts in the word atm. These include Swans (whose new album our our John Robb recently gave 10 / 10), Wolf Eyes, Matmos, Sleaford Mods, Evil Blizzard, Pharmakon (worth the trip to Brum on her own), ANTA and more.)

As well as the above there are no end of other arts events taking place at Supersonic festival, including exhibitions, a film programme, workshops, kids gigs & more.

Artists include (in alphabetical order):

Here’s the link to purchase tickets at £50.

Also, one of the artists taking part in Supersonic, ANTA, whose “‘loud, visceral, imposing, intelligent” music we’ve written about before a couple of times (e.g. here and here), because they’re awesome, especially live, are on tour around the same time of Supersonic. For full details we refer you to the stunning artwork by band member Alex Bertram-Powell (whose website you should check out for more examples of such) or you can find them below should wish to copy them to paste into your search engine of choice to find out how to buy tickets.