Home Blogs Supersonic Festival celebrates its 15th anniversary with one song from the line... 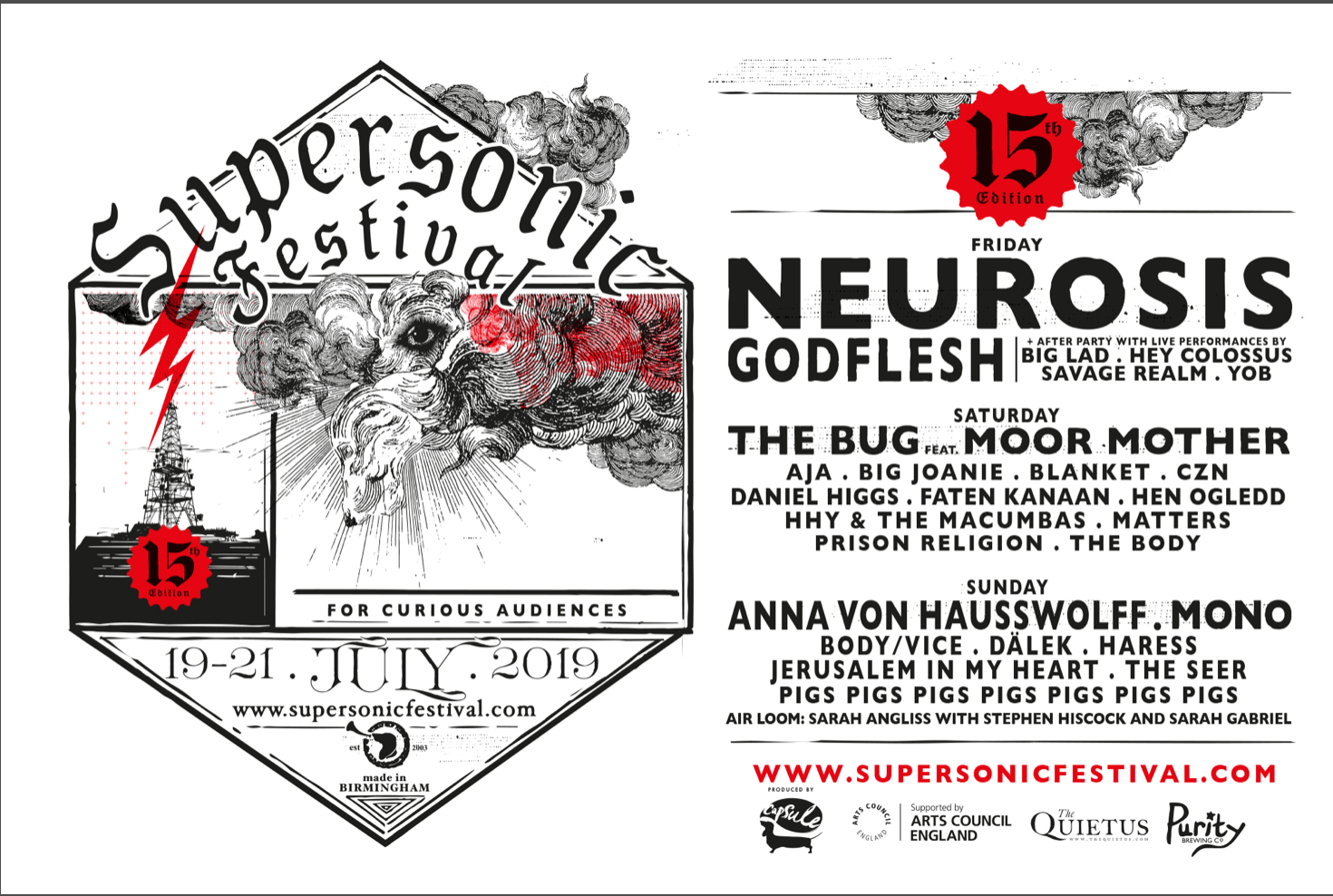 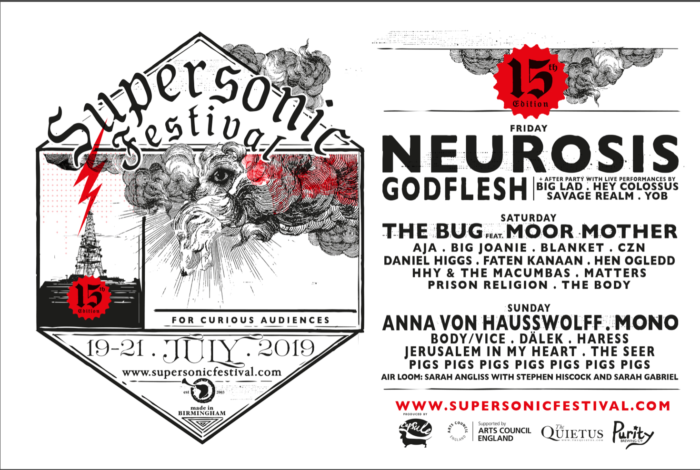 Supersonic is one of the most forward-thinking and thrilling festivals in the UK. From dark drone metal to nu-folk, from electronic wizards to mind-blowing noise, from beauty to danger – all points of the experimental compass are covered in an eclectic and thrilling line up.

This year as it celebrates its 15th-anniversary promoter Lisa Meyer gives us one key track from each of the 15 years of the event.

All details of this year’s event and tickets can be found here.

The very first edition of the festival which was just a 1 day affair and the line up included LCD Sound System, The Bug and Coil, V/VM – it was the wild west back in those days and anything could happen, it was before we understood about things like health & safety – and when an audience member jumped into the pool at the Custard Factory and then jumped on stage with Coil and all their electrical equipment we thanked the gods above that no one was electrocuted!!!

Battles were everything you wished for in a band – bringing together the immense talents of Ian Williams (formerly of Don Caballero and Storm & Stress) with incredible drumming by John Stanier (formerly of Helmet), composer/vocalist Tyondai Braxton and guitarist/bassist Dave Konopka. They played an incredible set, just before we were all evacuated as the whole of Birmingham was under lock down due to a city wide bomb scare.

When Zombi played in the small Medicine Bar stage the crowd went nuts, channelling the spirit of Goblin, with the heaviest of drums, mixed with the sweaty excitement of the audience, this was one of my all time favourite sets from Supersonic over the years.

Oxbow have been long time collaborators of Supersonic, bringing extraordinary projects to the festival which have included collaborations with Justin Broadrick and Stephen O’Malley of Sunn, to composing music for a full choir which brought me to tears, it was so incredibly moving. We also did a show at SXSW in Austin with them that ended in a riot!

Noxagt are an amazing live act combining free jazz and super heavy instrumentation, in the early days they had a viola player with them who spewed out terrifying sounds.

After the fun on Zombi, it was an absolute honour to host the original members of Goblin for their first UK show in decades, getting them on stage was like hearding kittens, every time you thought you’d got them all ready, another member would be off smoking a cigarette. But when they opened with Suspiria it was all worth while, just sent shivers down your spine.

Melt Banana – We Will Rock You

Melt Banana are just a bundle of energy, their live performances are riotous, we invited them back a few years later to also do a Kids Gig for us to under 10’s.

The closest thing to having Sabbath play in the birth place of Metal, Birmingham.

Drunk in Hell – I’m an Arsehole

These guys played on the Saturday night and the venue was just a swathe of bodies moving in time to their hateful dirge – I bloody loved it.

Jenny Hval is such an incredible artist, combining a very strong performative element to her live shows, and with a voice that is totally captivating.

I’d never heard anything quite like Gazelle Twin when she first performed at Supersonic, she is so unique, her use of costumes and the physicality of her performances bring a very sinister element to her shows.

Anna performed for our opening concert at Town Hall Birmingham, using the organ, it was just such a spectacle. We really can’t wait for her to headline the Sunday of the festival this year

Moor Mother is a force of nature, she totally captivates the audience in a live scenario and brings together so many interesting influences from noise and punk, to free jazz. She was our artist in residence in the Moog Sound Lab in 2018, For the 2019 edition Moor Mother will be collaborating with Kevin Martin aka The Bug, it’s going to be HEAVY.

This is one of the artists I’m incredibly excited about seeing perform at this years festival, JIMH is the acclaimed Montréal–Beirut contemporary Arabic audio-visual duo of musician/producer Radwan Ghazi Moumneh and experimental analog filmmaker Charles-André Coderre.