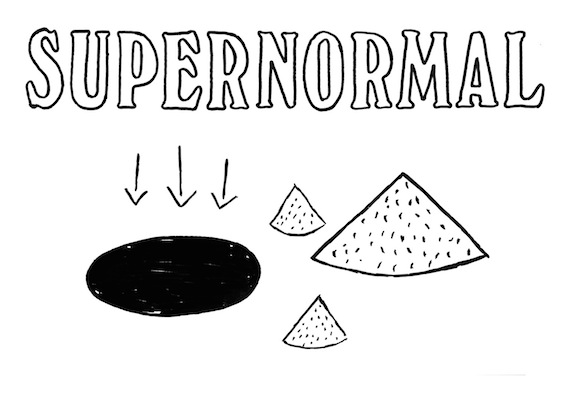 Supernormal Festival prides itself on being a bit different, on being a step away from the “festivals as big business” ethos that most of the summers’ jamborees may not confess to adhering too, but actually do. To quote the Guardian, Supernormal Festival is “an alt-music, art-infused breath of fresh air”. Full details about this years edition below.

Over the few years it’s been running Supernormal has built up a reputation as being a festival like no other, one that “blurs the boundaries between art and music, performer and audience”. It champions the iconoclastic and the experimental and allows risks to be taken in the comfort of an atmosphere that has a friendly, community feel. This years edition takes place over the second weekend of August and you could do much worse than book yourselves a berth at it.

With weekend tickets, including camping, being only £80 Supernormal is also a very affordable festival. Full information on the Supernormal 2014 line-up can be found on their website at supernormalfestival.co.uk, but we’ll fill you in on what we feel are some of the most unmissable acts – many of whom you’ll have seen on these pages before – below.

“Supernormal is a three day, experimental arts and music festival at Braziers Park in Oxfordshire, presenting an innovative weekend of art-focused practice in unfamiliar settings where both impromptu and timetabled events can surprise and delight. A collaborative event embracing art and music outside of the mainstream, SUPERNORMAL remain determinedly small and intimate (capacity: 1,000) and has been born from a place that values the currency of ideas and imagination rather than commercialism and profit.”

“Supernormal is organised on a collective basis by artists and musicians who share the aims and ethos of this truly alternative festival, and could not take place without their passion and generosity.”

“Supernormal is committed to to presenting exciting contemporary art. More than 30 individual artists and projects have been invited to create work during the festival, most of it constructed on site and with direct audience involvement. This year BIAW artists have also been invited to return to Braziers and re-engage with the site.”

Highlights from this years festival include:

Highlights from the music & arts programme announced thus far include:

Other bands at the festival who’ve previously received a Louder Than War endorsement by a review (and who you should definitely try to catch if you’re going) include Mob Rules, Bronnt Industries Kapital, The Cosmic Dead, ANTA, Cindytalk, Henry Blacker, Bass Clef and The Jelas.

All the above and a strong line-up of cross-disciplinary art across the site – full programme of which here.

For more details and to buy tickets check out these links: