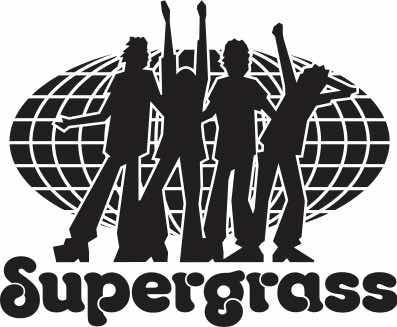 Famed Britpop hit parade wonders Supergrass have announced they are reforming for a series of shows plus the release of a box set covering their career released by BGM. Matt Mead has the news for Louder Than War.

Exploding onto the music scene in the mid 90’s forming from the dust of The Jennifers, Supergrass had everything. The casual iconic indie look, mad capped Scooby Doo lose limbed exuberance with a natural grasp of how to write a hit record or 10. The band took on the world and conquered it with ease playing festivals, including Glastonbury, to a bevy of audiences eager to witness the sideburned phenomenon.

A rest of 10 years has seen the band back at the starting blocks ready to play a series of theatre shows taking over the likes of Paris to Alexandra Palace, tickets going on sale on Friday 13th September from 09.00am. After a couple of surprise gigs at the Pilton Party and Oslo, Hackney, the anticipation for the tour is building as snippets of their live performances are leaked on line showing a band still at the top of their game, with their admirers turning back the clocks jumping around, arms and legs flailing like it’s 1994 all over again. 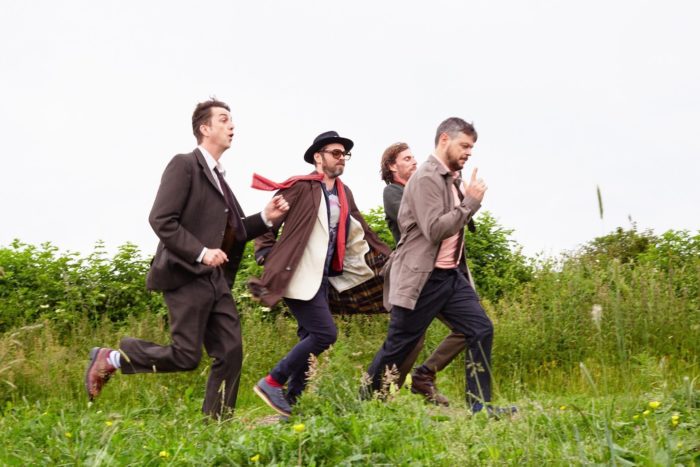 Drummer Danny Goffey says: ‘Everything aligned for us to make this happen for 2020. It was the first time that we collectively felt the buzz to get back in a room together and play the songs. We’re extremely excited to get out there and bring a bit of Supergrass joy to all our fans… and their extended families.’

The career spanning box set looks special. Comprehensive in its overall detail, there are the 6 studio albums on special pictures disc LP and CD. There is also a ream of bonus live material, demos, acoustic versions, oddities, new mixes and more. Reprints of tour posters and badges with a heavyweight 52 page booklet with unseen photos and essays on the original albums from esteemed journos including Everett True, Paul Moody and Charles Shaar Murray, plus quotes from interviews with BBC 6 Music’s Matt Everitt, make this is set the definitive last word on the band. 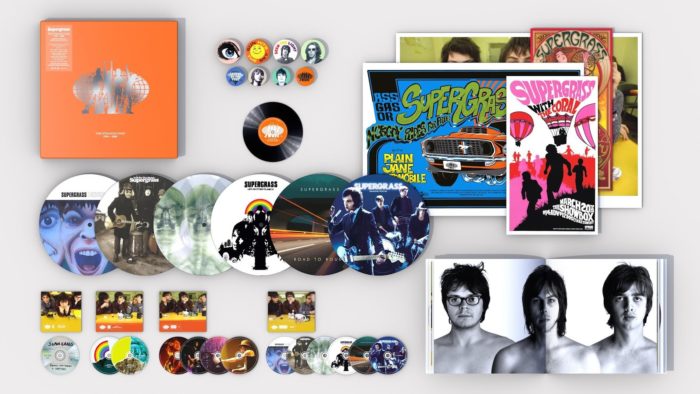 As you catch your breath back from all that news the band have revealed a new track from their archives, a cover of a Police track Next To You. As you’d might have imagined with a newly unearthed Supergrass track it’s as you might have wanted it would sound. Fast, hard edged, packed with a 100mph dynamite super soul. So I guess it’s time for lamp chop sized sideburns to be grown out and Planet Of The Apes comparisons to do the rounds. Whatever your take on this great band, it’s Alright to have them back