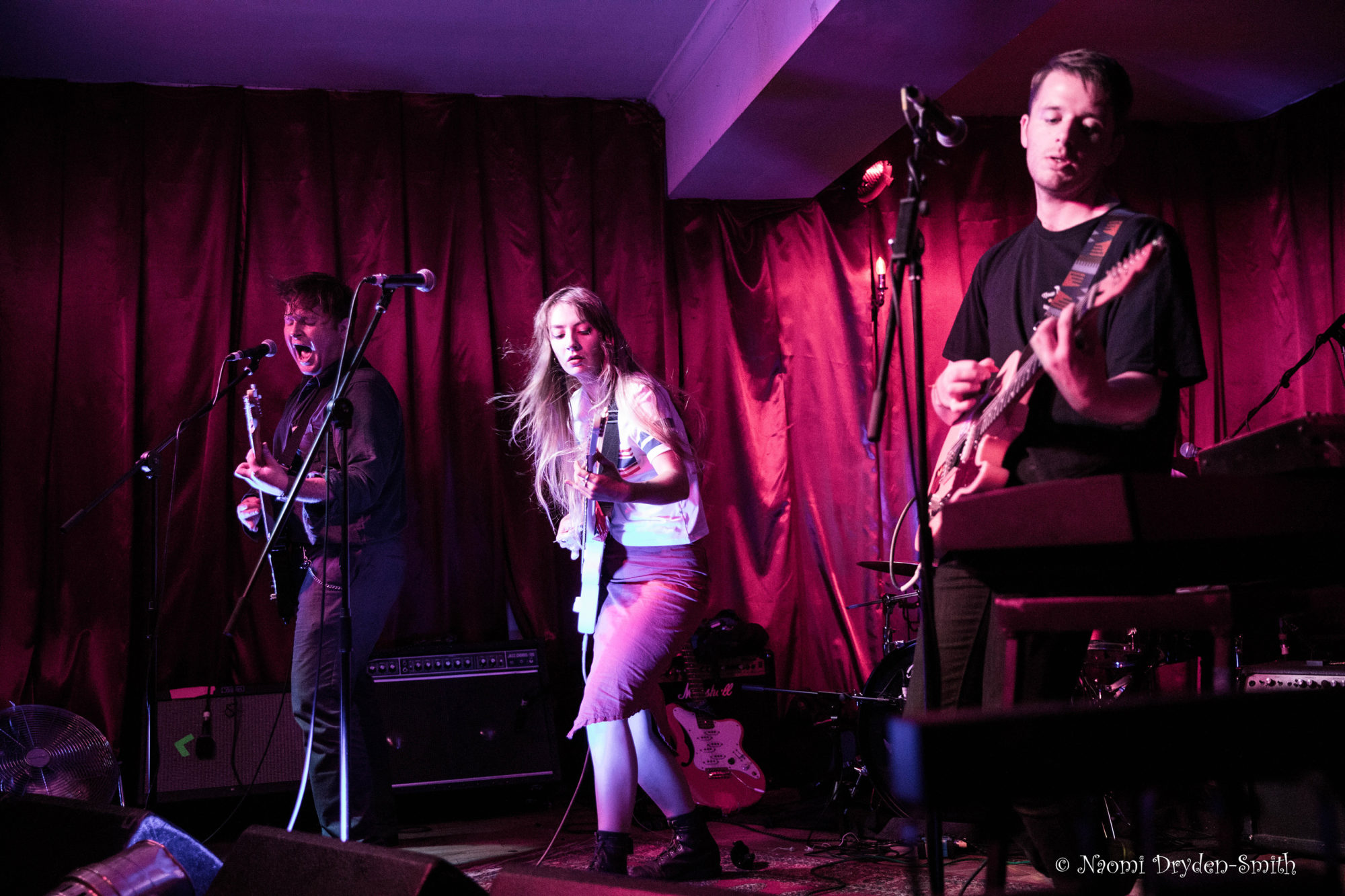 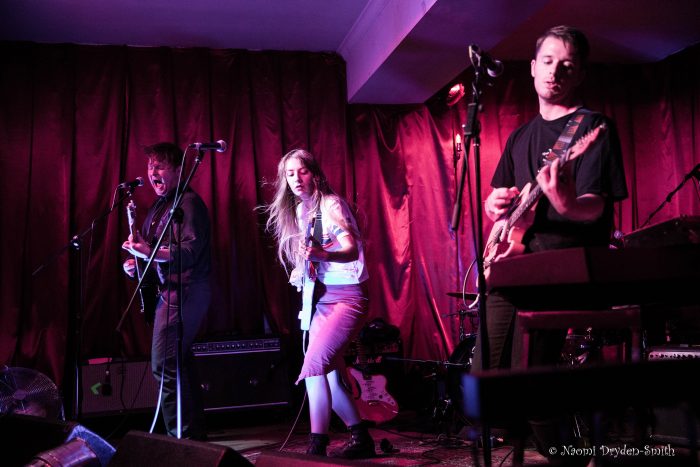 The intimate space in The Islington has a growing reputation as a venue for up-and-coming bands, and tonight is no exception. Solace from the persistent summer drizzle is found in the exuberant and lively charms of BBC radio-lauded garage rock band SuperGlu, bouncing onto the stage like a young pop-infused Pixies, a text-book indie line-up complete with two brothers and a female bassist. In the short time since they formed a couple of years ago, they’ve been riding a wave of festival appearances including SXSW 2017 in Texas and Latitude in the UK, together with popularity on Spotify and consistent support from BBC Radio 1’s Huw Stephens. The between-song banter is friendly and inclusive, sometimes personal (there’s a surprisingly detailed intra-band discussion about warts), there’s a sense of exclusivity about the gig.

Chat in the bar centres around this year’s Mercury Awards line up, the consensus is it’s unexciting and formulaic, a world away from the spark lit here tonight. Lead singer Ben Brown has great stage presence – unfazed by a broken guitar string he improvises by playing it with his teeth, throwing it around the stage and finally attacking it with his mike in a sweaty heap. Guitarist Alex Brown, drummer Ben Ward and bassist Krysta Lynch carry on regardless, clearly used to such antics. 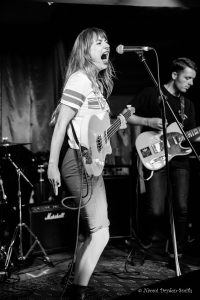 Influences are plentiful and there’s a retro sound but it’s fast, fresh and more-ish, every song crammed with catchy melodies, postpunk-drenched guitar riffs and choruses of raw harmonies – they all sing, which has led to comparisons with the Beach Boys, albeit punkified. The short set is crowned by latest single Welcome Home, anthemic with touches of Green Day, which starts a descent into hard rock but then suddenly gives way to the euphoric “I can’t get over this feeling, it’s so good” – a guaranteed earworm for coming days. Even though it’s lightning short, it’s a set that tantalises and leaves the audience wanting more. 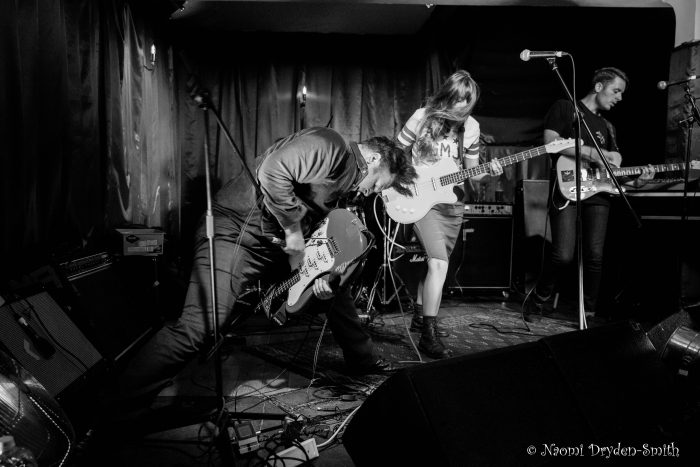 The new single Welcome Home was released on 28 July 2017 and their EP is due very shortly. You can keep up to date with SuperGlu on Twitter, Facebook and their official website
All words and photos by Naomi Dryden-Smith. You can find more of Naomi’s work for Louder Than War here, and she (occasionally) tweets as @nomeshome. Also on Facebook and Instagram. Naomi’s Photography portfolio can be found here