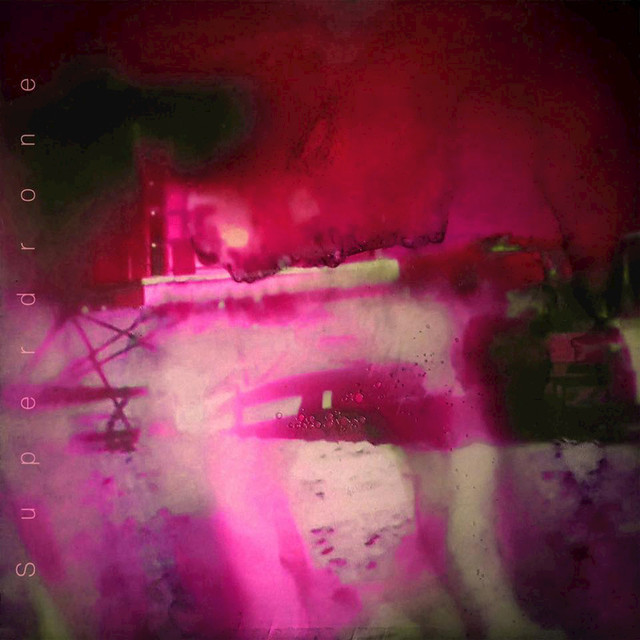 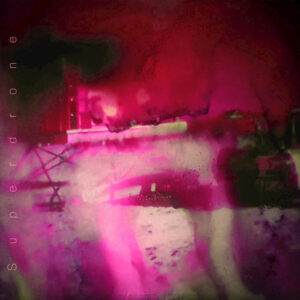 There is too much new music around getting labelled ‘Psych’. (Same could be said for ‘Noise’ or Shoegaze’…)

(You can’t label the indefinable….)

Superdrone are head and shoulders above the pack.  No amateurs, no gap-year dilettantes.  They aim for the serious, the accessible but transcendent.  They don’t shoe-gaze either, they star-gaze, but not from an earthbound vantage point.  These gentlemen are already floating in space.  It is noise, or sound, but beautiful noise, a studious distillation of sound(s).

The album ‘Two’, naturally, follows on where ‘One’ left off and is one of those albums that is a whole, instead of a collection of songs.

A horse can be lead to water, but to make it drink, can be problematic.  I would urge you to take a few sips of Superdrone, to see if you like the taste.

(“Like Ride playing songs by the Verve” may be a pointer)

This is from a draft of a press release written by members of Superdrone, which tells their story in their own words. It seemed pointless me trying to re-tell it, and it’s a cool piece of writing.  The story starts four years ago…

As Ed Richards stepped off stage while tearing a whole in the fabric of space and time with his storming Nirvana tribute band, he was approached by a barman with a pint. Sweat still dripping into his eyes, aching from diving into the drumkit, ears ringing – fully audible over the Beatles song Tomorrow Never Knows swirling through the venue house speaker system. The bar-hand said:

“This is from Tien Ren, he wants to talk to you, now”

A finger pointed towards a Cobain-a-like, clad in a leather jacket with face-length blond scruffy hair. It’s not that Ed hadn’t spotted him, it’s hard not to when you “sound” like Kurt, dressed like Kurt but there starring at you, towards the back of the audience is a person actually personifying Kurt.

“Would he be pissed at me for doing something wrong? Playing a chord inversion not exactly right, but he had bought me a pint so it couldn’t be all that bad”

Ed recalled during an interview a few months later.

“We need to jam, as soon as possible… I want to do a band that sounds like The Warlocks, Jesus and Mary Chain, Loop with psychedelic influences and you’re the front-man”

Tien confidently told Ed. You see, Ed and Tien had known each-other years before, when they were music pups, smashing the Southampton music scene to pieces… often talking about how their influences were in dark indie drone psychedelia having never really embraced it but had only spoken when shit-hammered and it was over a decade ago. A that time, the tribute band was just a bit of fun, Ed was working on a project called Dead Mens which was rather like Tame Impala or Pond – that Australian sun-drenched psyche-pop sound, that he was sure would be successful, but how can you turn down such a determined approach? They organised a musical hook-up in a rehearsal space for three days later. In need of a drummer, Ash Hudson (now of the immense south-coast based band “Burning House”) had agreed to join in for the session. The equipment was set up within 10 minutes and with a quick tune and some adjustment of the house drum-set the trio got to work. Ed looks up:

Out of these brief un-detailed instructions and the standard four click intro, a wall of power and cascading sonic frequencies mashed together like when the proton streams from each individual ghostbuster becomes an unstoppable beam of energy to be directed out of the PA speakers back the room in a kind of drone, but not just a drone – it had structure power and purpose to it. Ed started singing and that song was Windowpane, then another… Only Love, then another… Bleed UV… then ANOTHER (!) Fire. FOUR songs were written in two hours that all then made it to the first album “Superdrone One”. When its right – its right. Vocalist and Bass player Ed Richards was always the one who never was, back in the early 00’s people in the local scene were resigned to the fact that Ed was going to be a professional musician. It just was going to happen, but there was a problem, a few years before – Ed’s mother and father had passed away, not crying or grieving properly and pretending to himself that he was fine, he developed (GAD) General Anxiety Disorder that went undiagnosed until 2015. Treatment and help immediately preceded the creation of Superdrone and the shackles slipped off, creating this fountain of creativity that has since “freaked” a few people out.

“As soon as I get a vibe of a track I can hear the whole thing and have to act immediately!”

Inspired by the song and vocal style of Tomorrow Never Knows by the Beatles (the song playing during the conception of the band) and the love of Bass Fuzz tones, Ed had arrived. Guitar player Tien Ren had success with a few projects previously getting a few songs on some TV ads, one being Levi which still pays some royalties every now and then and a name check in the shoegaze doc called beautiful noise, Tien’s quest for tone and the dark arts of space-soundscape guitar has been likened to Nick McCabe from The Verve. Investing literally thousands into equipment and experimentation, the quest will probably never be over but for the time being he seems pretty close to the summit. Tien is not a conventional guitar player, you can hear chords and lead lines yeah sure, but also string sections (?), synth sounds(?), backwards spectral frequencies that you just CANT put your finger on, and they come cascading out of vintage equipment that would result in even the most ardent vintage guitar collector having to take an impromptu, emergency restroom break. The final piece in the puzzle was long-term friend and band-mate of Ed – Timmy G, these guys had been in various acts for the last ten years.

“You can’t only hear the music, you can also taste it, and it tastes like black, white and red ice cream”  Said Superdrone about their first album.  Well, this one tastes like Angel Delight in space…. Butterscotch, vodka and moonbeams flavour.

Get the album via Spotify

All words by Ged Babey (except where specified).