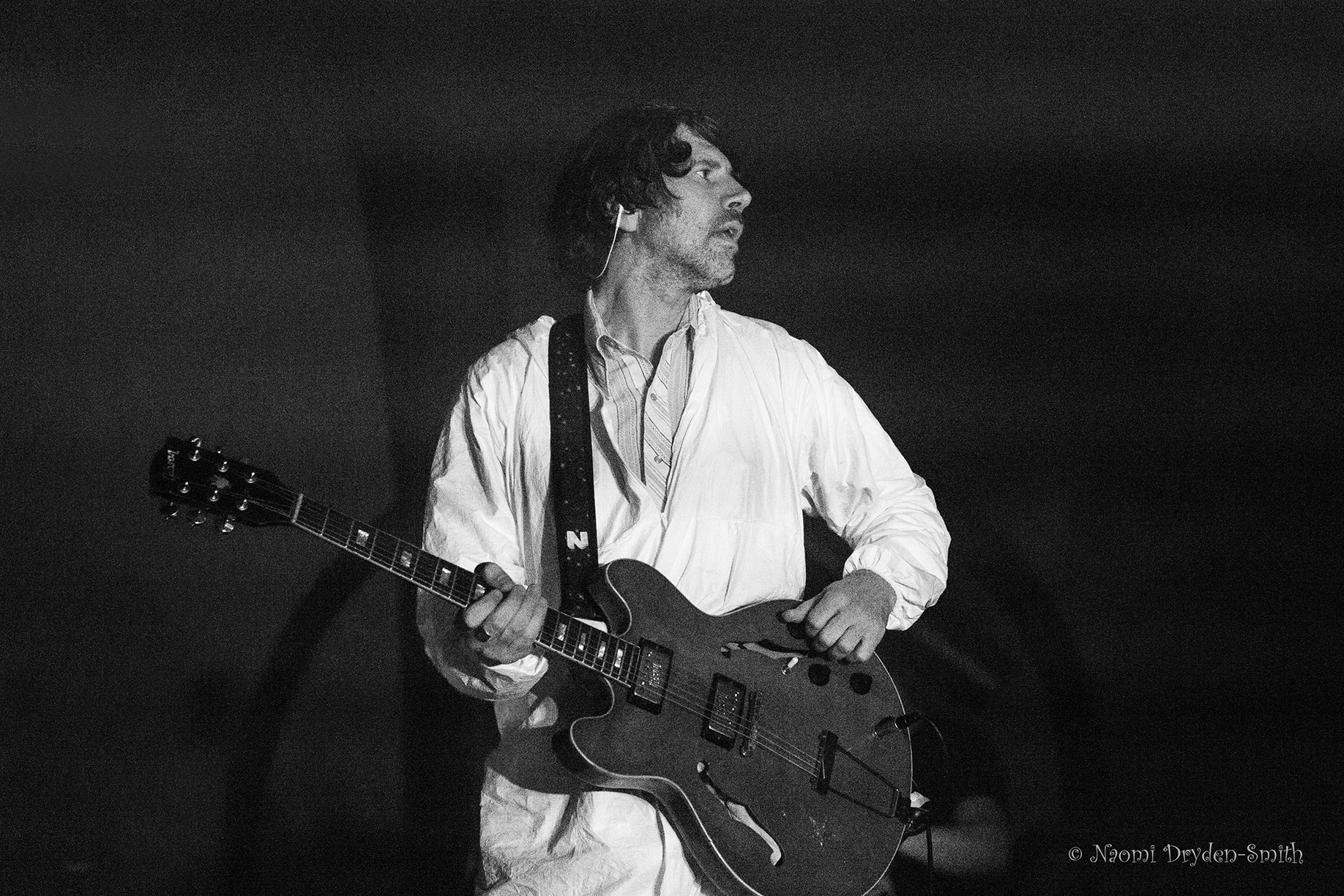 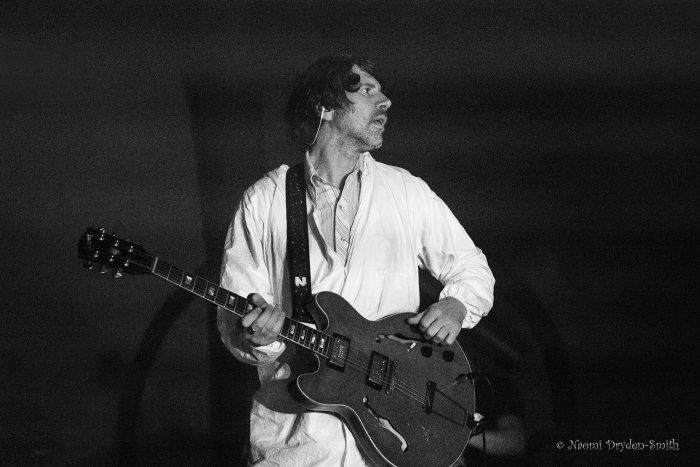 Naomi Dryden-Smith went to check out the first of two special Super Furry Animals nights at the Roundhouse playing through the entirety of their first two albums, Fuzzy Logic and Radiator

Striding onto a stage watched over by a giant red inflatable demon-type being, wearing white biohazard suits and carrying large cue card placards (with instructions like “prolonged applause” and “louder”), Super Furry Animals instantly remind what a quirky, accessible, downright fun band they are. With a sound straddling the 70s, with clear elements of ELO, Beach Boys and the Eagles with a Beatles undercurrent, and the 90s, with nods to Blur and Pulp, all delivered with gorgeous harmonies packaged up in a Welsh lilt, this is one of the stronger and most diverse bands of the 90s. This tour comes just a year after their reunion following a 7-year hiatus. Sometimes it’s only when something returns that you realise how much it was missed.

The laid-back approach of the band combined with the positive and affectionate welcome of the Welsh-leaning audience make for a great evening. SFA plays through the entirety of their first two albums, Fuzzy Logic (now 20 years old) and Radiator, bringing a new life to many of the tracks and demonstrating that both albums are just as relevant today as they were 20 years ago, and even better live. 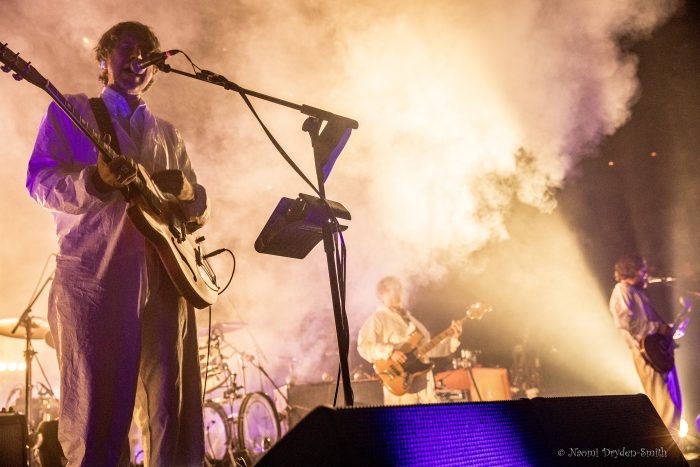 The fact that at least three band members have pursued (impressive) solo projects over the past seven years, and that each one of them seems to display “core” super furry elements is testament to the strength of this band’s sound. To have them all coming together again to blend those elements to deliver pure Super Furry sound is a sheer pleasure, and the super furry world feels right once again.

It’s true to say that stalwart fans (and there are many, many here), and even fairweather fans, will appreciate hearing these two albums in their entirety – from the anthemic Something For The Weekend, frank and to the point “If You Don’t Want Me To Destroy You”, to Demons with its brilliant opening “Clarity just confuses me”. The set ends with some seriously hardcore lasers, body rocking synths and their standard encore The Man Don’t Give A Fuck which has everyone jumping and chanting whilst the band disappear and come back wearing their traditional, much-loved, yeti costumes. Proper primal scream therapy. In furs. 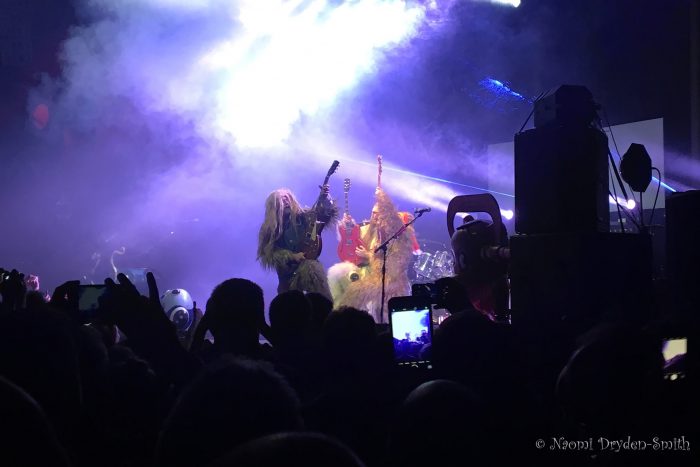 In spite of this, there is a lingering feeling of wishing there had been an encore of some of their other much-loved songs. That the current bandwagon that encourages playing through albums can be unfilling. That a certain hankering for Golden Retriever or Rings Around The World, or Northern Lites results in a frenzied binge upon returning home, just to satisfy that need. Next time, perhaps.