On the surface of tonight’s show you’d be forgiven for thinking it was just Super Furry Animals and Primal Scream, that is by no means a bad thing. Digging deeper though there is a hefty local supporting cast for tonight’s show, with a variety of genres covered, its an early start. As A Festival A Parade take to the second stage, these guys have fast become a personal favourite as their soaring tracks fall somewhere between the Twilight Sad and Explosions In The Sky. 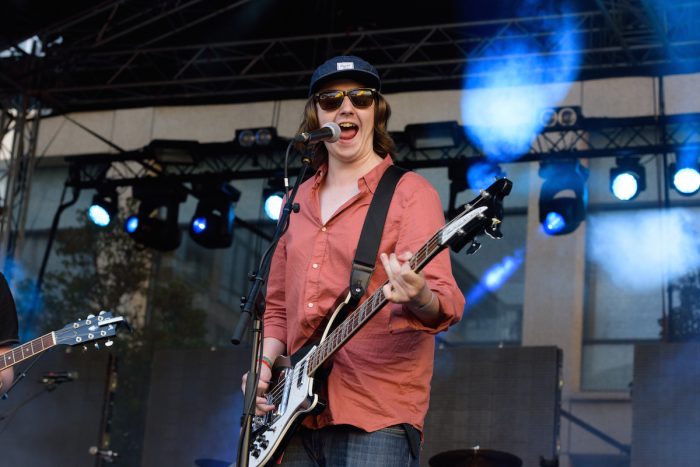 Their cinematic instrumentals coupled with their passionate vocals, an epic combination that kicks this evening off to a flying start. The bands come thick and fast as High Tide 15:47 take to the outdoor stage, having previously been less than impressed by these guys, on a big stage they seem to come into their own. As their boisterous brand of indie rock warming up the ever growing crowd, it’s a triumphant and exciting early set but it’s all over too soon.

Kobadelta spark up just as they leave the stage though it’s yet another impassioned performance from them, their rabble-rousing brand of psych rock proves popular. Frontman Dom is the star of the show as usual, his intense performance is mesmerising. Each band so far building upon the others momentum, as they all once again prove how vibrant the North East’s music scene truly is. 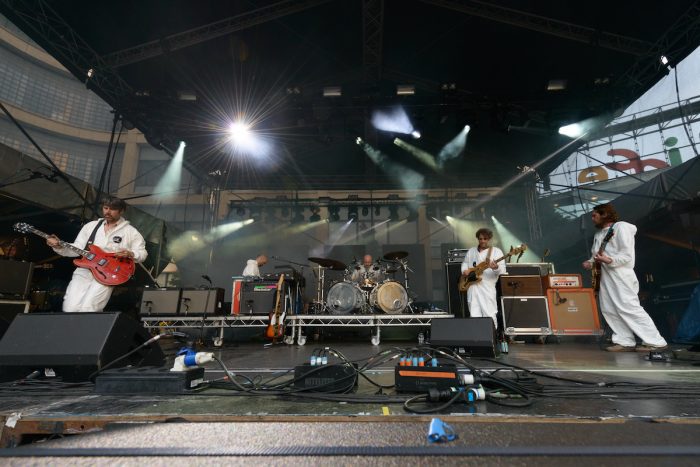 However, with the outdoor stage steadily filling Super Furry Animals are next up, with Gruff initially hiding behind his keyboard until the rest of the band were in place. As they cut loose they’re greeted by a raucous reaction, which is prolonged by Gruff’s trademark cards. The atmosphere seems to be taken up a notch by their arrival, and it’s a hit-laden set by the welsh masters.

The early appearance of Hello Sunshine did little to quell the crowd’s exuberance as the band hit their stride, and the crowd’s enthusiasm rubbed off on the band. An ecstatic rendition of Hometown Unicorn really got the party started, it forced one of many deafening sing-alongs as well as a huge hands in the air moment. With the outdoor stage being overlooked by offices and flats Gruff took the time to point out those observing from a far and had some crowd participation in greeting them.

The latter part of their set saw more upbeat tracks riling up this fervent crowd with new song Bing Bong going down a storm, a roaring chorus could be heard for miles around. They saved the best until last of course with a riotous extended rendition of The Man Don’t Give A Fuck, this phenomenal closing track saw the band jamming in their trademark yeti outfits with a seething mass of people falling at their feet with excitement. 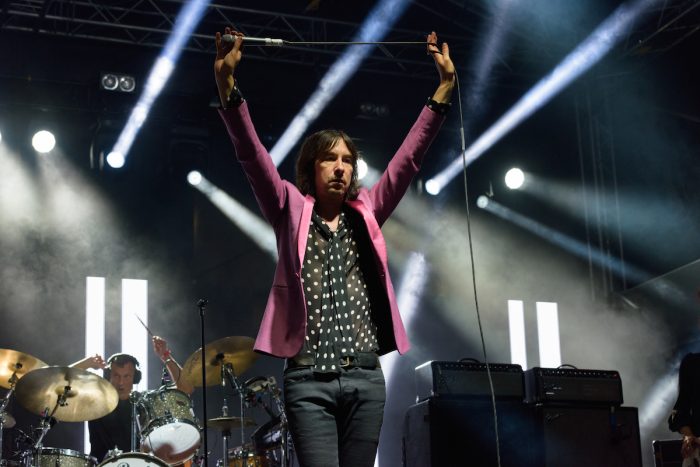 All of which is before Primal Scream have event step foot near the stage, arriving slightly late the restless crowd are treated to another lively opener in the form of Movin’ On Up. However, the middle part of Primal Screams set lacks the earnest nature of those who had gone before them with stripped back tracks dampening the atmosphere somewhat. Fortunately though this is short lived as the band pick things up in the latter part of their set.

A quick succession of huge crowd pleasers closes out what turns into an emphatic set, all topped off with mammoth sing-alongs to Country Girl and Rocks. Before an incredible encore of Come Together which can be heard for miles around. In all it rounds off an exceptional evening of music on a perfect summers evening.