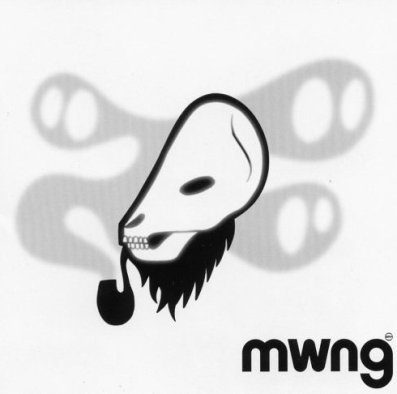 Super Furry Animals classic fourth album has been given the deluxe reissue treatment. Simon Tucker reflects back on the album by a group he describes as “one of the most innovative, bold, and brave bands out there.”

Well I guess it must be and going back to Mwng not only serves as a reminder of what a courageous and bold band SFA were (and still remain) but also as a reminder of how lost much of the music scene was back in 2000. It was a time where Travis were winning the Brit Award for ‘Best Album’ and Steps were the highest selling live act. Oh, and the biggest selling album of the year was the 1 compilation of number 1 singles by The Beatles (not too bad I suppose).

Britpop had crashed and burned, disappearing up its own nostrils and the early stirrings of a revival in NYC hip revival was brewing with The Strokes slowly starting to make waves.

After making the brilliant Guerilla, SFA decided to take stock of where they were at and after the relevant disappointing performances of singles ‘Northern Lights’ ‘Fire In My Heart’ and ‘Do Or Die’ the band stepped back to the beginning to not only give them a clean slate but to also release an album that was more personal and direct than its predecessors.

What is instantly apparent when revisiting Mwng, is that even though the album has been proclaimed as ‘raw’ or ‘lo-fi’ it does still contain moments of cinematic grandiosity and a rich sonic palette with songs such as the foreboding yet beautiful Sarn Helen and the frankly astonishing Pan Ddaw’r Wawr (which manages to fuse the baroque pop of Scott Walker with some underlying, disturbed dissonance) being just two examples of where the band manage to mesh past and future with delightful results.

The influences on main songwriter are there for all to see, with the album even containing a stunning version of Datblygu’s Y Teimlad, but never once do they encroach on proceedings, instead just serving as a platform for Gruff and the band to use as musical base camp before they head off up the mountain.

Throughout Mwng, there are some of the most memorable melodies and twisted pop of the bands career whether that be on the Neil Young-meets-Syd Barrett smash of Nythod Cacwn or the Loaded-era VU related Dacw Hi. In fact, if you’re looking for an album to compare Mwng to it would indeed be the aforementioned Loaded, as both shared a want to return to pure song-writing and a desire to make music that was accessible yet progressive. Spin these records back to back and you’ll understand.

Whilst not being overtly political, Mwng also has within its grooves a sense of statement making and not just by it being a Welsh language release (though this in itself COULD be seen as political, what with the backlash they had received within the Welsh music scene for singing in English for their previous albums) but by including lyrics about capitalism and the slow demise of community. The fact that the album was mentioned in the House of Commons as proof that there was “a new wave of confidence in the Welsh nation” also adds a surreal sense of politic victory.

A vital ingredient in what makes Mwng such a special record is the return of Gorwel Owen on production duties (he produced their first two albums) as he manages to create an intimate atmosphere by letting the songs breathe and letting them invoke autumnal sensations within the listener. This effect is most visceral on the album’s closer (and best track) Gwreiddau Dwfn / Mawrth Oer Ar Y Blaned Neifion which gently steps into life with plaintive trumpet and strummed guitar before switching pace and racing to the end in almost Neu! style. Everything on this song is given the space and respect it deserves making it a song that lingers long after its gentle, almost dance-music outro has faded.

Mwng is often cited as the band’s greatest work (this writer’s opinion on this subject changes on an almost daily basis) and listening again you can understand why. It is a dark, almost brooding album but one that never slips fully into the abyss. There are enough moments here that breathe life and exude (hello) sunshine to make listening to it a joyous experience. Mwng also serves as a reminder to all that SFA are still so criminally underrated. They are more than just tanks, yeti outfit wearing jolly pranksters. They are in fact one of the most innovative, bold, and brave bands out there who, in a time where a lot of others were floundering around trying to find a hanger to put their coat on, decided to do what they do best which is to write great songs, with great lyrics, and with not a single worry about what people think of them (you could say they don’t give a fuck).