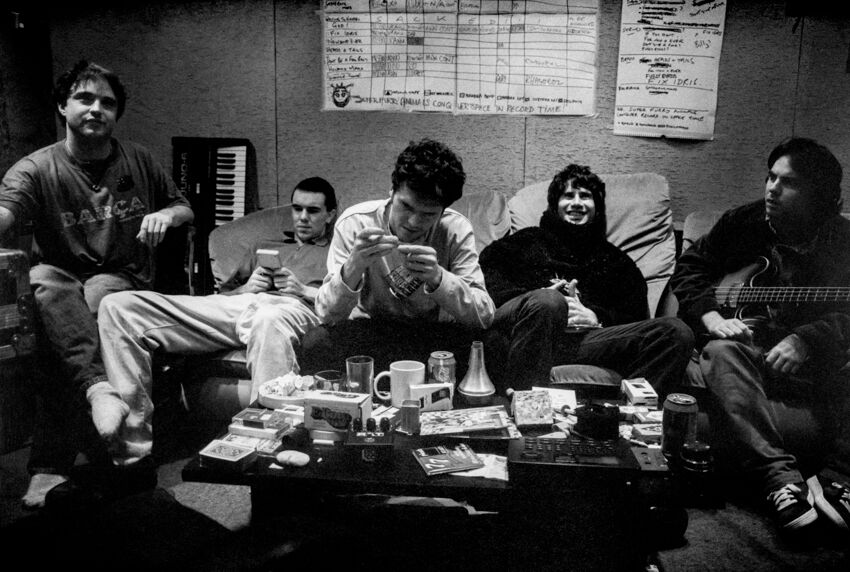 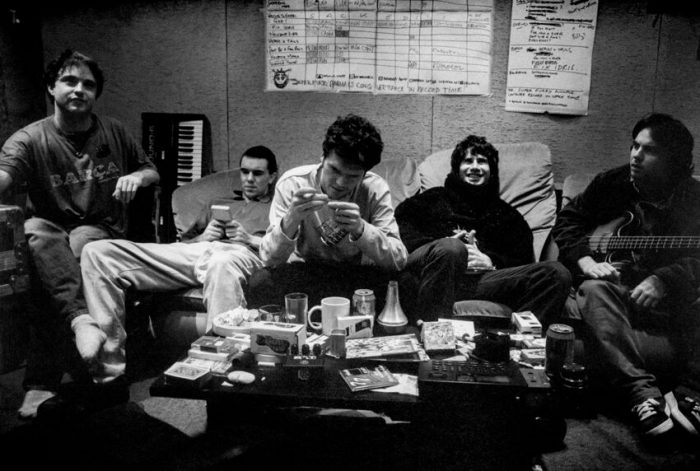 It’s a busy time for Super Furry Animals – a 20th anniversary re-issue of Fuzzy Logic sees the band’s phenomenal debut get ‘sonically rediscovered’ and reissued. Alongside it comes a bonus disc of essential tracks, and a new best of, ZOOM! Add to this the upcoming tour where they’ll play Fuzzy Logic and Radiator back-to-back and it’s time to delve deeper into the archive for some forgotten moments from this luminescent band.

“It is now the bands who do all the groundwork not the labels. I do wonder, if bands that are starting life aren’t given much time to make a big splash, then it can only lead to a conveyor belt of constantly shifting musical landscape, daily not weekly.

“Is the LP a ‘dead rubber’ now? Is it all about the brand not content? Where are the venues, which brought like-minded kids together to behave badly gone? Homogenised life. But ten years ago you could see the writing on the wall. The big fish getting bigger the rest us, looking for someone or something else to blame or trust.

“What do bands do to break the mould? They can’t shock the public, mainly because of the internet, which is a great thing, so instead they can make an alternative universe for their fans and that’s what I‘d do if I was 20 again.”

Super Furry Animals have been creating their own universe for two decades now; a lush and luminescent soundscape formed from joyful experimentation and a rampant set of influences. And with the 20th anniversary of their debut, Fuzzy Logic, now upon us they’ve been revisiting their archive not just to ‘sonically rediscover’ that first record but to pull out some of their lesser-known tracks too. 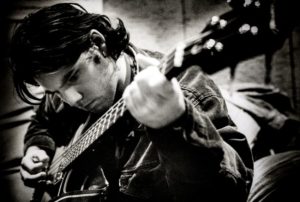 On its release in May 1996 Fuzzy Logic played as a cartoon-coloured kick against the prevalence of Britpop, exciting and playful against the slew of template indie-rock dominating the scene of the time. The band had signed to Creation and recorded at Rockfield for a kids-in-the-sweet-shop run at studio toys that sired a record of eclectic psychedelia, catchy pop hooks and lyrical matter as diverse and surreal as the sounds around it. Guitarist Huw ‘Bunf’ Bunford recalls, “They were exciting times for us as a new band but we were not complete novices .We had recorded with various Welsh-speaking bands before then. But, we never had a record company willing to invest time and money. We knew that the demos were good; it was just a simple matter of moving into a huge studio with loads of toys and cool stuff and replicating that, but bigger and better. Simple! If only. Still, it’s fantastic trying and being given free reign.”

What came of it was an album which gathered critical praise on release and has grown into a classic over the years, one that truly hits greatness at its peaks and outperformed contemporaries even in its dips. Bunford says of the influences on the album, “At the time it was Surf’s Up by the Beach Boys. There was loads of other stuff, of course, but I remember that being kind of ‘seminal’ for all of us. What really ‘rocked our boat’ was its lush production and mixing – it was all about the song. And that’s what we were going for…less is more, but also extremes.”

The album has been meticulously remastered by official band archivist and co-compiler Kliph Scurlock and mastering engineer Donal Whelan. Collecting the tapes earlier this year after their near-destruction in a storage fire the pair worked through the recordings to forensically piece together edits, and bring the warmth of the original analogue recordings through. Hearing about the fire that threatened the survival of the masters on Sky Breaking News Bunford plays down the risk to the recordings, “The fire didn’t affect us, it stopped at the letter ‘M’. M People survived…alas.” 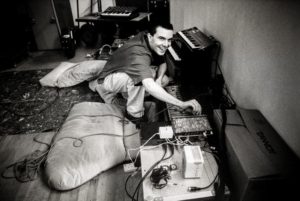 The guitarist is however full of praise for the work that went into the reissue by Scurlock and Whelen, doing something that he felt the band couldn’t on their own, “They were incredible. It’s inconceivable to imagine us five band members getting it done. Kliph knows a lot about the where, when, and why of Super Furry Animals. I think the whole thing was fairly painless – they’ve done a remarkable job in such a short time. We listened all together once and then said cool.”

The anniversary of the album, similar to last year’s reissue of 2000’s Mwng, has given time for reflection on how music and being a musician has changed so vastly in such a short space of time as well as cause for celebration of the songs. From longer recording stints in pre-digital and luxury studios to the quicker digital process of today the technology vs music debate doesn’t look to be diminishing, but Bunford remains unsure whether the progress of technique makes a difference to the process for musicians, “I can’t give you a black and white answer whether it’s made it better; it’s definitely made the process immediate and far more accessible. Writing and recording is now the easy bit; getting it out there and seen and heard is the trick. With so many platforms and online press, forums and blogs, it’s who you give it to and when etc.

“Nothing fundamental has changed though, a hit is a hit to me! But I do find this question coming up a lot, how has technology and music evolved together? It seems that technology is now the dominant of the two, if not of everything, when it comes to innovation. Regardless of the fact that a programmer sat down and used his brain to make it possible. It’s the classic ‘who’s behind the technology?’ question. Music is the same. Last year we went back into the studio together to record a single “Bing Bong” after a six year ‘sabbatical’. What we did was essentially, the same, but much faster and cheaper and that’s it. No frills.  No three weeks in a luxury studio, like Rockfield Studios. Fuzzy Logic is the other end of the spectrum.” 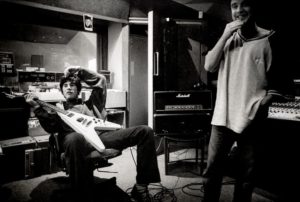 Alongside the reissue of the debut the band have put together a bonus disc of essential tracks, Lost On The Bypass Road, and a new best of collection, Zoom, spanning their career to date. Bunford says the band had definite tracks they wanted included, but also rediscovered parts of the back catalogue through the process, “It’s has been very much like going back to school. But school could be fun, couldn’t it?

“There’s two decades behind us and you have to relearn some aspects of what you’ve done and achieved as you can’t hold all of that in your head. Luckily, there are five of us to share in that experience, which is both part of the pleasure and, if you view it as work, shares the load as it always has.

“A couple of tracks that were hidden tracks on CDs, DVDs etc – we wanted to get them in, especially Citizen’s Band and Patience. I’m glad they’re included because they are amazing. Not sure why they were hidden, we can be nuts sometimes.”

Delving into the deeper parts of their own musical history may have meant relearning long-unplayed parts ahead of this winter’s tour but it also surfaced memories. The band found themselves taken right back to moments of twenty years ago in playing the tracks again. Bunford says, “Gathering Moss and Long Gone are the only songs from Fuzzy Logic that remind me of specifically recording in Rockfield for some reason. I remember it being freezing when we recorded Gathering Moss, which made sense, and Long Gone was funny and perfect…the answer machine message you hear at the end was just played in, but it came in perfectly and we never touched it after that.” 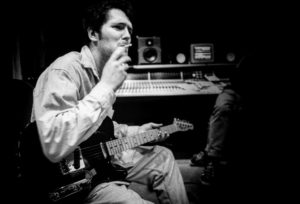 Super Furry Animals has always been a band adept at weaving sensory experiences through their music, their sound always rich and vibrant and iconically represented visually. From outlandish stage paraphernalia, to cover art the way they band look are an intrinsic part of their music, says Bunford, “Presenting what we do is very important and has become integral to what we do live; more and more. It’s because you gather stuff when you’re working for over 20 years and it has taken time to find a balance when we play a show. We have worked with amazing visual artists and obviously Pete Fowler was integral in our development, especially visually.”

To mark the reissue the band set off on a UK tour in December where they will play both Fuzzy Logic and equally-celebrated follow-up Radiator back to back. I ask what Huw is most looking forward to about taking the albums to live audiences in full, “Doing something outside our comfort zone. I think we always start our shows coming on to Slow Life but it’s going to be God! Show Me Magic and then it’s going to be Fuzzy Birds and then…okay, you get my drift. However it’s really cool, we play them, like, loads better now.”

The 20th Anniversary edition of Fuzzy Logic, bonus disc Lost On The Bypass Road and new compilation ZOOM! The Best Of Super Furry Animals 1995-2016 are all out now.

Images from the Super Furry Animals Rockfield archive. All by Rolant Dafis.

Interview by Sarah Lay. Sarah is editor of Louder Than War and you can find her on Twitter, or more from her in her author archive. She is executive producer of Radio Andra’s The Rumble and provides a weekly recommendation from Louder Than War. Tune in Tuesdays from 8pm or listen again.